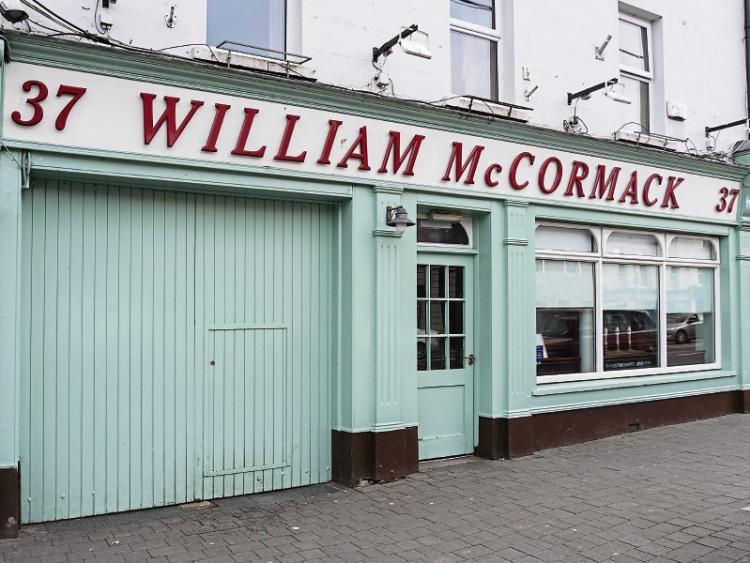 McCormack's on Main Street, Naas - one of the pubs that closed during the Covid-19 lockdown

It’s 9.45 on a Saturday night and there are numerous empty parking spaces along the main street in Naas.

Naas is one of those towns with a long main street and little activity off this route and so the state of health of the town can be gauged fairly readily.

Most of the pubs and restaurants are still open — just about — but the pre-booking of tables would be an irrational extravagance.

A handful of eateries in the town are generally so busy that booking has to be made at least days in advance.

This is the last night of any meaningful social activity in town and most businesses, certainly the pubs, have made the decision to close that evening.

Almost all did not indicate a reopening date but it may be safe to assume that reopenings before March 30 are optimistic.

If there's a slim sliver of a silver lining in the Covid-19 illness, it comes only in the form of freer movement and lower petrol and diesel prices.

The reality is much bleaker.

If less and less people are coming through the doors and then the doors close together — and it was clear that businesses were struggling early last week before the bars were asked to shut — we all suffer, especially those whose livelihoods depend on the health of the hospitality sector.

Even before the closure, casual staff in some Naas licenced businesses were told not to report for work on last Friday, Saturday or Sunday — the three busiest days of any week.

Today, the better part of 150,000 people are without employment. This is something that ought to make those who choose to ignore the anti-coronavirus messages think again.

There were some signs; buds of signs, maybe that people were beginning to cop themselves on the weekend.

On Saturday afternoon, March 14, the only Lidl store in Naas had many many packets of toilet roll and several brands (2 ply and 3 ply) on the shelf. And nobody was waylaid by an errant shopping trolley.

It seems absurd that the availability of bog roll has become the reference point for the scale of fear induced by Covid-19.

The first official indicator that we should be worried about this came on Wednesday the previous week at the regular sitting of Naas District Court in the local courthouse.

There are two courtrooms in the building. Both are small, generally cramped and frequently overcrowded.

On Wednesdays court authorities dealt with the threat by invoking something of an Irish solution to an Irish problem.

The defendants and witnesses were left outside the courtroom in the foyer where the seating was insufficient and there was no hand sanitiser.

There was some hand sanitiser available but not everyone had adequate access.

Kildare County Council decided to call off meetings. Given that the Naas Municipal District (effectively the old Naas Town Council) meetings consist of about a dozen people in a huge room, these could have gone ahead.

However, the cancellation of council meetings and the absence of politicians for a month is probably among the least of the concerns of the community.

The closure of business is to be regretted.

Many did all they could to stay open.

McCormack’s pub, for example, had hand sanitisers for all, warning notices and disinfected door handles on the run up to the closure.

The hope is that the rest of us will heed the advice and adopt the protocols (fine word that).

A Naas resident returning from Cheltenham’s annual National Hunt horse racing event on Friday reported that it was as raucous and and passionate as ever.

After his planeload of passengers disembarked the only interaction with those managing the crisis was to be offered the standard black-on-yellow notices.

The flight from Bristol had been delayed for three hours.

So maybe it’s understandable that some declined the leaflets offered and only had thoughts of getting home.

A cyclist being spoken to at a Garda checkpoint

"Go home!" - Gardaí tell cyclists to turn around as they urge public to continue Covid-19 restrictions

Weather outlook for the next few days

ALERT: Gardaí issue scam warning over text message claiming to be from An Post

Sold Kildare pub could be a new boutique hotel