Newbridge physio: My first week as a homeschool teacher in the time of Covid-19 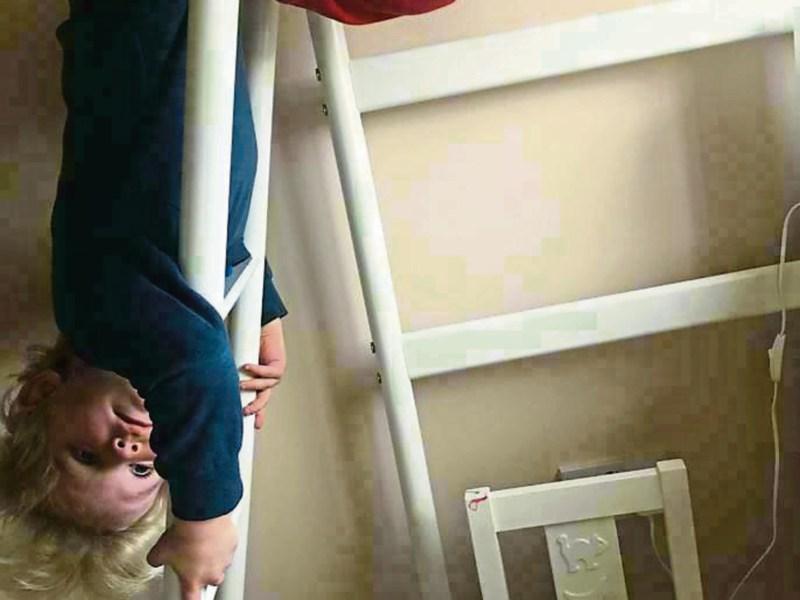 Paddy's incorporating gymnastics into his homeschool room, and I'm ready to hit the wine

Having closed my physiotherapy clinic for the foreseeable future as a precaution due to Covid-19 two weeks ago, I’ve been hired by my eight-year-old Molly as her home educator. It’s an unpaid position, no perks other than hardship. But there was an interview process and I was appointed.

I also have a five-year-old, Paddy who I think actually broke out in a rash at the suggestion of school work. The first day in the job, Molly set up her new classroom and Paddy joined in. They were angelic. They pottered away with a bit of work and I caught up on a spot of reading — it was lovely.

But after just 15 minutes in my new position, tempers began to fray. The novelty wore off, it was no craic any more. I had a couple of animals I’ve never met in front of me. I had a whole new level of admiration for primary school teachers. I was done, finished.

On at least four occasions I had to remove myself from the ‘classroom’ and talk myself down from completely losing my head. When I walked back, in Paddy was bare-bummed and was trying to fart on his sister’s head, Molly was shouting that he should be sent to the headmaster’s office — unknown to me, her mother had been appointed to that lofty position, and I had been overlooked. By the end of our shortened school day, I was ready to poke my eyes out and just hoped that the hordes of selfish eejits stockpiling goods hadn’t got wine on their shopping lists...

I was wrecked, broken and I was strongly considering resignation from fatherhood, let alone home schooling.

I’m happy to admit I lost the plot more than once. As I sit writing this column, Paddy is having another meltdown and I really have no idea what it’s over. Most parents will reluctantly admit that being in work is easier than the real work of entertaining kids that need to maintain social distancing.

Trying to explain social distancing to adults is difficult, but to a five-year-old, it’s impossible. At least in work you get to drink a cup of coffee while its hot, without having to scream “watch my cup”. Generally in work you get to the toilet uninterrupted, a luxury which is not always afforded us at home.

Nobody in work will crawl all over you, unless you want them to, which is a whole other story. Workplaces generally are devoid of lego and small cars and you are usually expected to wear shoes and the odds of being the victim of actual bodily harm due to assault are relative low at work compared to home.

It’s safe to say both mine and the kids’ tolerance for each other was exhausted and getting out the door was the best option. Throw an agitated wife into the mix and its like having an unexploded hydrogen bomb in the sitting room.

So I left the kids with the headmaster — their mother — and headed out for a short run. Going for a run may be the only escape from the claustrophobia of a house and the coronavirus in the coming weeks. Running can be done in solitude and in the open air, so it fulfils the current HSE guidelines as of March 13 of social distancing, but still puts miles between me and the wound-up kids.

The danger of stress to your immune system

Stress weakens our immune system. It's been well documented that stress is bad for your mental and physical wellbeing because chronic or long-term stress produces cortisol. In the short term, cortisol helps to fight infection but when its levels are continuously high, it can have a negative effect, suppressing and weakening the immune response towards potential viruses or illnesses.

Running is the opportunity to be uninterrupted, in momentary silence . It is an assured space away from a world that’s becoming increasingly strange and stressful. When anxiety rises because we’re facing a distressing threat like coronavirus, we need to focus on what tends to work for us to ease our nervousness. We know running helps prevent depression, promotes good sleep and reduces stress.

By the time the run is over the benefits of staying at home come to the fore — no time pressures, no need to dress — and by the end of a jog there is a small realisation that we do in fact miss our kids and their madness, we just needed a break.