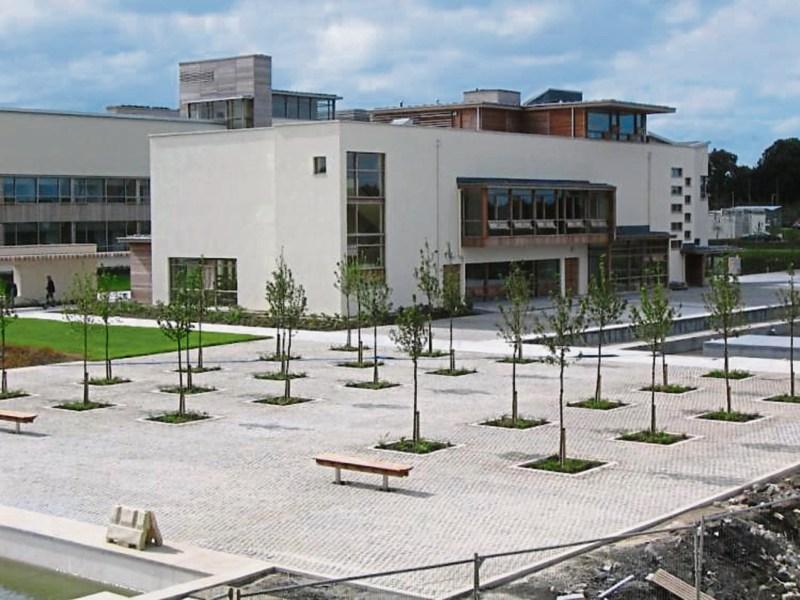 A design image of the forensic science laboratory

Main building works are underway on the construction of a new €65m Forensic Science Ireland (FSI) Laboratory at Backweston, near Celbridge.

The new lab will include approximately 9,550 square metres of internal floor space with state of the art facilities including air-exchange control to enable appropriate air-flow control in DNA sensitive areas such as the DNA database.

The new facility will also include an additional building (approx. 485 square metres) to provide storage space for the broad range of exhibits and items that are routinely submitted to FSI for examination.

Works are expected to take in the region of 24 months to complete.  FSI is part of the Department of Justice.

It provides a scientific service to the criminal justice system by analysing samples submitted from crime scenes and providing expert evidence in criminal trials.

“It will bring us in line with best practices for the production of DNA results,” Dr Sheila Willis, director of Forensic Science Ireland (FSI) has said previously.

“With human beings there’s always the possibility of a mistake; the risk of mistake is higher in a non-suitable environment than it is in a purpose built facility that’s designed for the work that’s being carried out.

“We’re not putting out anything unless we’re happy to stand over it but the amount of effort [for] that in a facility that’s not suitable is quite tricky.”

High profile cases it has worked on include the murder of Rachel O'Reilly by her husband Joe in 2004.

In this case, FSI staff analysed the blood patterns at the scene to determine what may have happened.

DNA and blood patterns its staff found at the home of Celine Cawley and her husband Eamonn Lillis helped secure his conviction for manslaughter.

The laboratory also played a crucial role i n the notorious Scissors Sisters case, Linda and Charlotte Mulhall were convicted in connection with the death of Farah Swaleh Noor.

In this case, FSI staff helped examine the scene of the murder and found blood matching the DNA profile of Noor despite efforts to clean it away to sterilise the crime scene.