Donation in a good cause 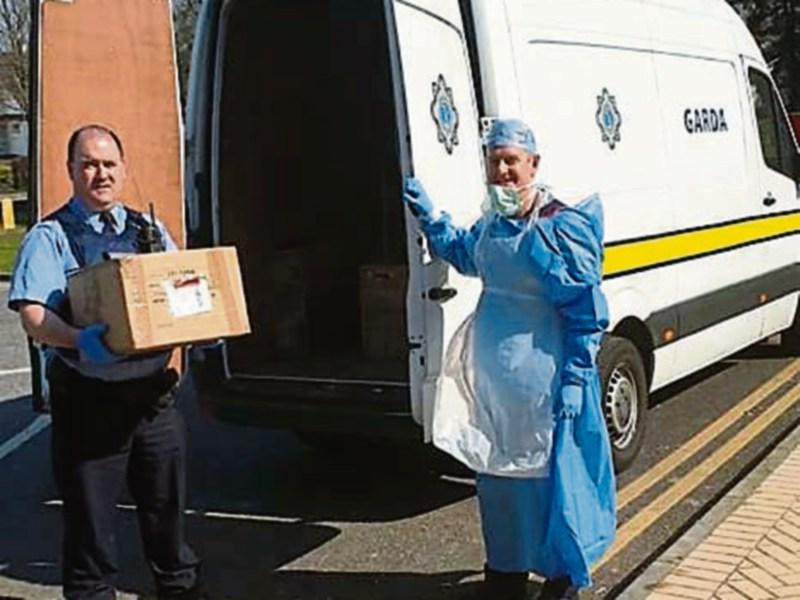 Naas General Hospital has taken delivery of a ventilator donated by a specialist equine medical professional.

There is a worldwide shortage of mechanical ventilators which are used to help patients deal with respiratory problems after a tube is placed into the mouth and windpipe and connected to the ventilator.

It was donated by Kevin Corley, a Ballysax, Curragh-based veterinary surgeon, who specialises in equine internal medicine and the critical care of foals and adult horses.

He has a number of specialist qualifications and is based at Veterinary Advances, which provides a host of services including information technology aimed at the veterinarian and equine industry.

The ventilator is about 15 years old and in perfect working order.

Dr Corley said he handed it over having spoken to mechanical engineering staff at Naas General Hospital.

“They were very pleased to receive it,” said Dr Corley, who added it was collected by Naas garda Gary Cogan and delivered to the hospital last week.

The ventilator itself has an interesting history

“It was given to me when I worked in the UK,” said Dr Corley, who has been working in Ireland since 2006.

He acquired the piece of equipment having saved a foal from death for an anaesthetist who was working in the Royal Veterinary College outside London.

The prestigious Royal Veterinary College is the oldest and biggest veterinary school in the United Kingdom.

“The ventilator had been in a hospital originally and it was designed for people before it was used on foals and now it’s gone back to a hospital setting.”

“In this context foals are not that different than humans partly because of similar weights.”

“Hopefully, though, it won’t be needed,” added Dr Corley.