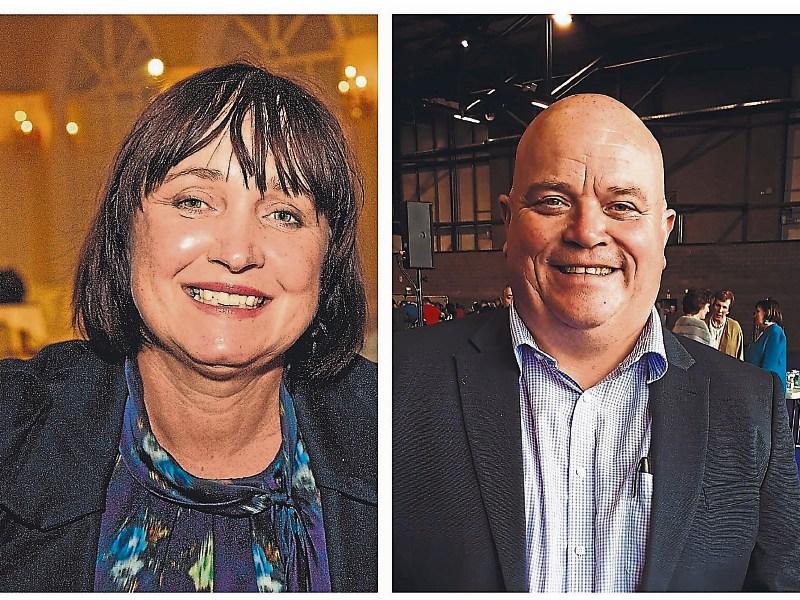 Athy-based Labour county councillor Mark Wall has followed his father, Jack, the former TD and Kildare GAA chairman, into national politics when elected to the Seanad on Friday, April 3.

Sen Wall won a seat on the Commercial and Industrial panel having received 84,000 votes in the first count and finishing the contest with 113,500 votes, just ahead of the quote of 113,000.

His father Jack became a senator in 1993, before being elected to the Dáil for the first time in 1997, when the Kildare South constituency was created. He was the third candidate elected, behind Alan Dukes (Fine Gael) and Sean Power (Fianna Fail)

In Seanad elections, each single vote cast equates to 1,000 when the votes are actually counted.

He is by some distance the biggest vote getter the Labour Party has in County Kildare.

He first became a councillor in 2009, winning nearly 305 of the vote and finishing comfortably clear of sitting councillor Martin Miley, (Fianna Fáil).

“It was great to get over the line after the general election result and since then I worked hard to get the votes needed. This meant travelling around the country, supported by friends and family members seeking the support of councillors,” said Sen Wall.

But he brought his tour of the country to a halt after Taoiseach Leo Varadkar implemented movement restrictions because of Covid-19. “We took a decision to seek support via emails, letters and phone calls. We got a lot of support and I’d like to thank all who supported me. Labour was assure of 65 votes and I picked up another nine first preferences on the first count so I was happy enough from the start but I was never completely confident because it was my first time to run for the Seanad. Overall I had a good reaction to the campaign,” added Sen Wall.

More recently, in the general election, he got 5,900 first preferences, marginally behind then sitting TD O’Loughlin, and was eliminated only on the sixth count.

Sen O’Loughlin took the third seat on the Administrative panel with 142,525 votes.

She reflected that this was a “very different election” because public representatives are the electors.

“I found the engagement very good and delighted to be staying in public life and I’m pleased with the support I got from councillors in County Kildare. I found their commitment to their communities very affirming. It’s something we have seen in all sectors of society in recent weeks.” said Sen O’Loughlin whose party holds three seats on that panel.

“There will be little scope for engagement on local issues in the Seanad but there are TDs for that work.

“In the Seanad, most of the work revolves around legislation and policy matters. The immediate priority will be the health issues surrounding Covid-19 but after that communities and the local economy will need to be rebuilt and we need to look after and support local businesses,” she said.