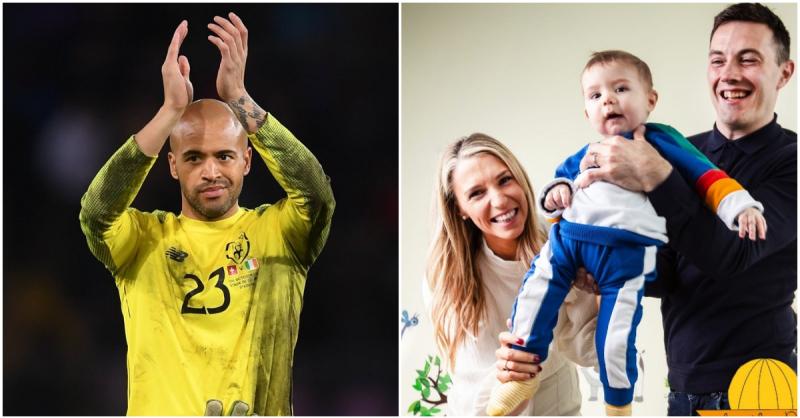 Darren Randolph has donated to Do It For Dan

Republic of Ireland goalkeeper Darren Randolph is the latest Irish soccer star to make a donation to the 'Do it for Dan' campaign in aid of little Laois boy, Dan Donoher.

Following in the footsteps of his Irish captain and teammate Seamus Coleman who made a sizeable donation to the nationwide campaign for Dan last week, West Ham goalkeeper Randolph has made a €5,000 contribution towards a potentially life-saving treatment in the US which costs $2.125 million.

Thank you so much @RandzOfficial this is unbelievably generous of you and is a massive lift to our efforts to get Dan the treatment he needs! #COYBIG #doitforDan @WestHam @FAIreland pic.twitter.com/CUsaatWNwW

More than 20,000 people have donated a total nearing of €750,000 for the son of Laois football greats Niall and Aisling (nee Quigley). Dan, who celebrated his first birthday just two weeks ago, was diagnosed with a rare life-threatening disease in December called Spinal Muscular Atrophy (SMA) Type 1 and Scoliosis.

A ground breaking treatment called Zolgensma has now become available in America which costs $2.125 million, making it the most expensive treatment in the world. Zolgensma can be a one-time, life-saving treatment that allows for children with SMA to function in ways unimaginable just a few years ago.