Lockdown running: Thrills and spills of the Backyard Ultra Marathon 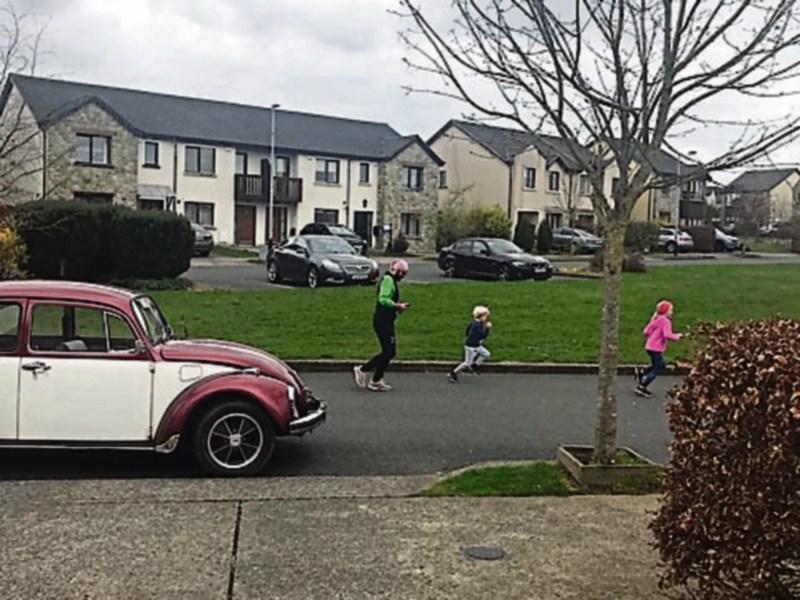 Pruning your bush while naked is dangerous, but people still do it. Most of us use our back gardens just to build the standard back yard extensions or sheds, have the odd barbecue and, at most, get partially naked during a rare heatwave when we’re worried about our tan lines. If you do want to celebrate World Naked Gardening Day and indulge in some bear naked planting, this year it falls on Saturday, May 2.

From time to time we all do strange things in our back garden but the strangest of all must be deciding to run an ultramarathon in it. The Quarantine Backyard Ultra, which combined all the thrills of a running race with the emotional uncertainty, audio-video rollercoaster that is a Zoom meeting, was created by the Canadian ultrarunner Dave Proctor and the coaching service Peak Performance. The format was based on Big’s Backyard Ultra, the brainchild of the famed Barkeley Marathons race director Lazarus Lake. Runners had to run 4.11116 miles every hour to stay in the ‘race’, either outside (safely and respecting current social distancing rules) or on a treadmill.

I was amongst the 2,400 runners from 56 countries that registered for the virtual race. Having reached to the far depths of Netflix to keep entertained during the current Covid-19 lockdown, and unable to concentrate on any books, it was time to try something else. My wife suggested I was going to extremes to get away from the kids. So I established my route — a 54 metre lap of my back and front garden and did a few practice laps. Tight turns and avoiding garden furniture was the main issue, but it worked.

Any running race longer than a marathon (42 km, 26.2 miles) is considered an ultra-marathon. So on Saturday, April 4, last, my kids and I made up bibs with my number 1911, and I set off on the race around my modestly-sized garden chased by the kids and still trying to explain the concept to my bemused wife. We made it a few laps and I realised the GPS watch wasn’t picking up my distance — it was probably overshadowed by the house so I moved out to lapping the small green in front of the house – 44ish laps per 4.17 miles. The average time taken to run a 4017 mile lap was 33-34 minutes. Neighbours joined in with support from a distance, and Anne, Eileen, Peter, Brian, Mick, Larry and even my wife joined me for various laps from a distance with shouts of encouragement.

After each 4.17 mile ‘lap’, I popped into the house, had a drink, changed the gear and had a bite to eat. I had a roast chicken dinner after the marathon distance was covered... with a sneaky glass of Oyster Bay. And on into the late evening we went, and still the help and support came from the neighbours. Then after the 9th lap, waiting to go back out to do a 10th, watching the Tommy Tiernan show chomping on my 7th banana of the day I decided the next would be my last. It was not because it was sore or I was in pain, just because I was ready to finish and sit down and have a beer — it was grand. My effort of 42 miles was very modest, there were still over 500 runners across the world still competing.

The eventual winner was Mike Wardian, who ran for 63 hours and 262.52 miles around his neighbourhood in Arlington in Virginia! Wardian bested relatively unknown Czech athlete Radek Brunner, who was competing on a treadmill in his living room. After finishing he had a 45 minute sleep and then went to work! These guys are freaks.

Ultra-runners have discovered something very special. If you slow down just a bit, and keep eating and drinking, you can go on... and on... and on. When you’re new to running , a 5km can seem like a long way and a marathon is the impossible dream. But with patience, the right training, and by progressively building the weekly ‘long run’ any runner can complete ultra-distances. It’s an incredible experience, discovering just how far you can go, both physically and mentally. Now, back to the pruning!