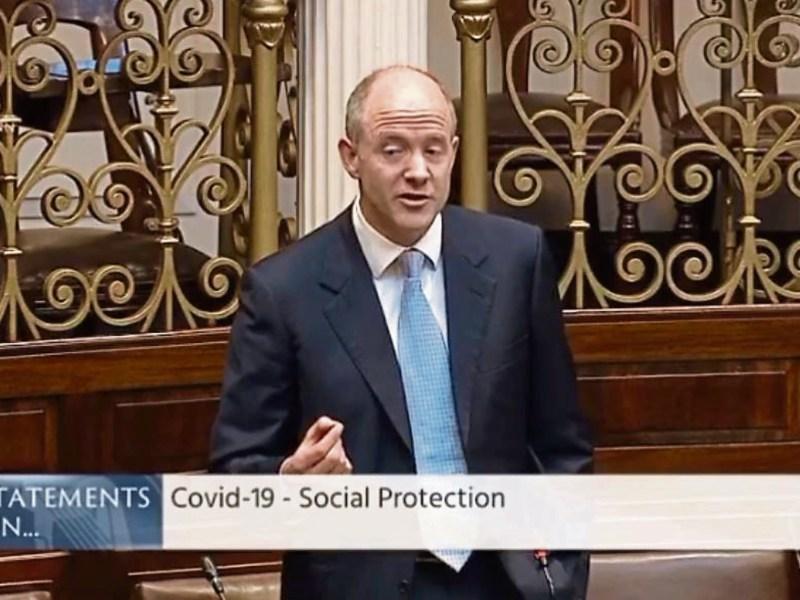 New Kildare South TD Dr Cathal Berry has never been busier — both as an Independent Dáil deputy considering being part of the next government and as a medical doctor taking phone calls from con-
stituents worried about the Covid-19 health emergency.

Dr Berry is carrying out consultations over the telephone and via Skype and has also arranged Covid-19 testing for some patients.

He has already hired five staff who will help run his constituency offices in Newbridge and Portarlington as well as his office in Leinster House.

He said: “It’s only two months since the general election and I’m learning on the job. I’m solution-focused and my team and I are helping constituents with issues such as housing and transport.

“The Covid-19 health emergency is a massive challenge for all but I’m pleased to see people being compliant with restrictions.”

Dr Berry praised the Government and public health officials and the general public for how they have embraced science and medicine in fighting the spread of Covid-19.

He added: “It’s a fast-evolving global pandemic and the response won’t be perfect but I think the measures have been good in Ireland.

“You won’t get a perfect response. Nobody could have planned for any of this six months ago.

“The public has to observe the personal hygiene guidelines and restrictions and the medical personnel have to treat each patient as best they can.

“Italy, Spain, New York are in a bad way but thankfully that hasn’t happened in Ireland yet.”

However he said the Government and HSE needed to carry out more testing and ensure the quality of Personal Protection Equipment for healthcare staff.

He has been heartened by the performance of the Government and the Department of Health and the HSE in the biggest every health crisis to hit the state.

He said: “Who would have thought that Minister for Health Simon Harris was due to lose a motion of no confidence in the Dáil before the general election. ”

He has impressed people with how he has managed the crisis so far and how he has communicated with the public.

“In the Dáil, he has been very respectful and courteous to Opposition TDs like myself.”

Dr Berry said he is fully-focused on his job as an Independent TD in the 33rd Dáil.

He is part of a Technical Group of nine independents who share speaking time in the Dáil chamber and can sit on Oireachtas committees.

“It’s a very privileged position to be elected by the people of Kildare South and parts of Laois and Offaly.”

He also believes that there should be more technical expertise among Oireachtas members in the Dáil and Seanad.

He said: “It’s an important time to be a medical professional in the Dáil.

“The Seanad was originally intended to be filled with experts in different fields who could scrutinise and inform legislation and table valuable amendments. But know that hasn’t really happened.

“Therefore as a doctor and as a TD in the Dáil, I will be aiming to bring my expertise to my role as a parliamentarian and a legislator.”

Dr Berry said he will consider being part of a new Government — which is currently being negotiated between Fine Gael and Fianna Fail — if he can realistically make a difference to his constituents, who he has divided up into military personnel and their families and the areas he represents in Kildare, Laois and Offaly.

But he accepts that politics will “never be as challenging” in the history of the state due to the health and economic consequences from the Covid-19 global pandemic.