The retailer had been in financial difficulties "for some time", court hears 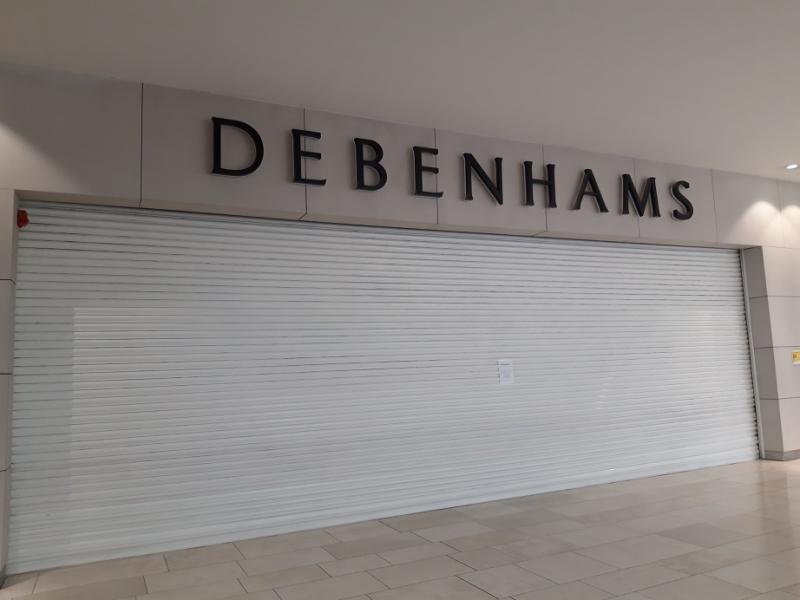 The High Court has confirmed the appointment of joint liquidators to the Irish arm of Debenhams. Debenhams Retail Ireland had operated 11 stores in the Republic of Ireland, including one at the Whitewater Shopping Centre in Newbridge, and had employed 950 people directly.

An additional 500 people had worked at the 26 concession stands operated by other retailers located in the 11 Debenhams stores.

Earlier this month it was announced the company was closing its Irish stores permanently arising out of its UK-based parent's decision to enter administration and cease providing funding to its Irish subsidiary.

At the High Court today, Thursday, April 30, Mr Justice Mark Sanfey said he was satisfied to confirm the appointment insolvency practioners Kieran Wallace and Andrew O'Leary of KPMG as joint liquidators of the company.

The liquidators had been appointed on a provisional basis by the court two weeks ago.

The Judge said that the evidence before the court was that the Irish company had been in financial difficulties "for some time", and before the outbreak of the Covid-19 pandemic.

The "last straw" for the Irish firm came when the UK parent, which also had suffered financial difficulties and has entered administration for the second time in two years, decided to end its financial support.

This left the directors of the Irish subsidiary no alternative other than to seek the appointment of the liquidators and have the firm wound up, he said. The judge said this was regrettable, particularly as a large number of people have lost their jobs.

The Judge said that he hoped that the liquidators would treat the workers, and the company's creditors "with sensitivity".

There were no objections to the application to confirm the liquidators' appointment. However, a small number of people supporting the Debenhams workers held a peaceful protest outside the Four Court complex on Thursday morning.

James Doherty SC for the liquidators told the court that his clients have taken certain steps since their appointment.

In reply to the judge's expression of concerns about the employees, Mr Doherty said the workers' concerns were "to the forefront" of their efforts to date, and have entered a 30 consultation period with them over the redundancies.

Counsel said that the liquidators have entered into a consultation process with the employees, the Mandate and Siptu trade unions which represent the bulk of the employees and the Minister for Social Protection.

Counsel said that while the liquidators intended to enter into a process where to realise the firm's assets for the benefit of the creditors.

Counsel said that the liquidators believe that it is unlikely the business will be acquired by another party and unfortunately all the employees will be made redundant.

Rossa Fanning SC for Debenhams said it was "with great regret" that the retailer was seeking an order for its winding up, however the company was wholly insolvent.

He said the company had been in Ireland since the mid 1990s and had expanded its operations 14 years ago. in 2016 it entered and emerged from an examinership process, which resulted in it making significant costs saving.

Counsel said in recent years it had made substantial losses and well before the Covid-19 pandemic had resulted in the stores being closed in late March.

Counsel said the company had availed of the government scheme to help pay its workers during the Covid-19 crisis.

However  the Debenhams group's ongoing losses along with projected losses arising out of the Covid-19 pandemic left the Irish company with no option other than seek a winding up order, he said.

The Irish firm's creditors include including revenue which is owed €3.8m, the landlords of the premises they had operated from, trade creditors, other firms within the group and its employees.