Surreal: Robbie Dunne says things like meeting family and running in the park are gone for now 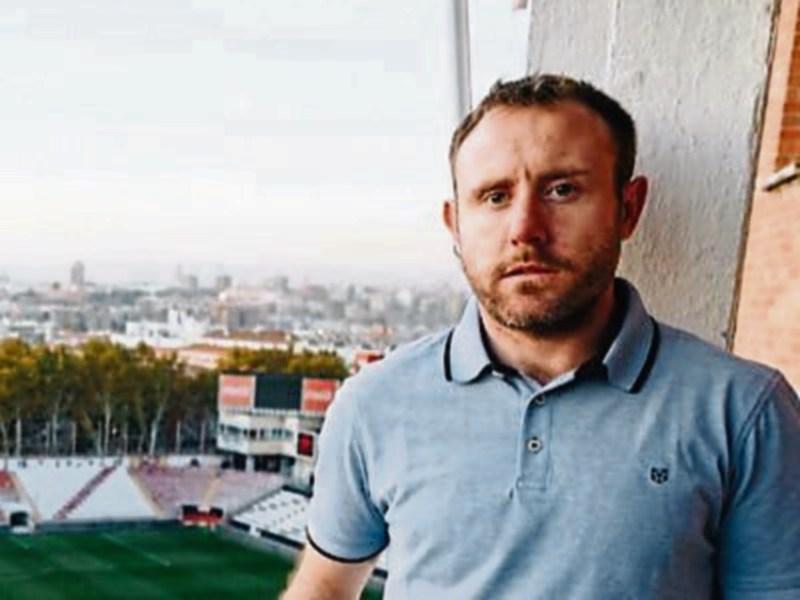 A Clane man living Madrid has seen rapid changes in the space of a few weeks living under Covid-19 lockdown in one of the biggest cities in Europe.

The country has the second highest number of confirmed coronavirus cases in the world - behind the US - and has imposed one of the most stringent lockdowns.

The number of deaths due to Covid-19 rose over the 22,000 mark last week, according to the Ministry of Health.

The number of official daily deaths is far below the peak of 950 in early April.

Robbie Dunne, who works as a sports journalist, has been living in Madrid for over four years when he moved there with his Spanish partner.

He explained: “I wanted to write about sports and learn Spanish so I came over, wrote a book about a football team here — Rayo Vallecano — and started to work for a daily sports newspaper called Diario AS.

“I am from Clane originally and all my family are back there. We remain very close but I’ve spoken to them more in Zoom quiz rooms and on WhatsApp video calls than ever before.

“I have daily chats with my brother, niece, sisters, in-laws and parents so if we’re focusing on positives, which they recommend we should, then that’s the biggest one for me.”

Robbie life is very surreal at the moment but people have been forced to adjust very quickly to a new way of living.

Despite the numbers, the worst of the crisis appears to have passed in Spain. A general decrease in pressure in both hospitals and funeral services shows that lockdown measures, in place since March 14, has been effective.

A makeshift morgue erected in Madrid’s largest skating rink in late March was closed on Wednesday. According to authorities, the rink took in 1,145 bodies as the city’s funeral services were unable to cope with the influx of bodies.

This temporary morgue was a major symbol of the bitter crisis in the capital Madrid, one of the country’s worst-hit areas.

On Wednesday, the Madrid authorities released data that encapsulated the true impact of the virus. Local officials estimate that the pandemic killed 11,852 people in the region though only 7,684 deaths from Madrid were included in Spain’s official figures.

Spain’s official mortality figures only count people who tested positive for the virus, but thousands were unable to get a test in time.

Madrid still has one temporary morgue in operation which can hold 230 bodies.

The lockdown in Spain is set to continue until May 9. After that, the easing of restrictions will be slow and gradual Spanish Prime Minister Pedro Sanchez said last week.

“They offer disinfectant to wipe down trolleys entering the supermarket also and police are very strict with the lockdown measures.

“Over half a million people have been fined since they were introduced.

“The very things we depend on in life such as going to work, meeting family and running in the park are gone now and it’s strange to adjust to, literally, a brand new way of living.

“It’s strange how normal it feels now though. Not being able to explain how crazy this situation is has become the best and only way to explain it.

“We have been indoors for five weeks with the occasional trip to the supermarket once or twice a week but it just feels like it’s a natural thing.

“I suppose humans adapt to their surroundings but there are moments when you start to over think it and it can get quite claustrophobic as the absurdity of the situation grabs your attention.”

The famous San Fermin bull-running fiesta in Pamplona has been suspended for the first time in four decades.

And authorities in the Valencian town of Bunol postponed the 75th annual Tomatina festival, where thousands gather every August to pelt each other with fresh tomatoes.

It is the first cancellation of this event since 1957.

Car maker SEAT, which employs about 15,000 people, said it planned to resume production while carrying out 3,000 coronavirus tests a week on its workforce.

Children had have been stopped from leaving their homes, even for walks, but have been allowed in recent days to accompany parents to buy food or medicine.

Prime Minister Pedro Sanchez said moves to ease the lockdown on 47 million citizens would likely begin in the second half of May.

But he cautioned that the lockdown would not be lifted until the country is prepared for it because “we are not going to take any risks.”

He told parliament: “We must be incredibly careful in this phase.

“The scaling-back period will be slow and gradual, precisely because it has to be safe.”

We're running a regular series on Kildare people making their lives abroad - particularly during the Covid-19 crisis. If you would like to share your story, please email editor@kildarepost.com