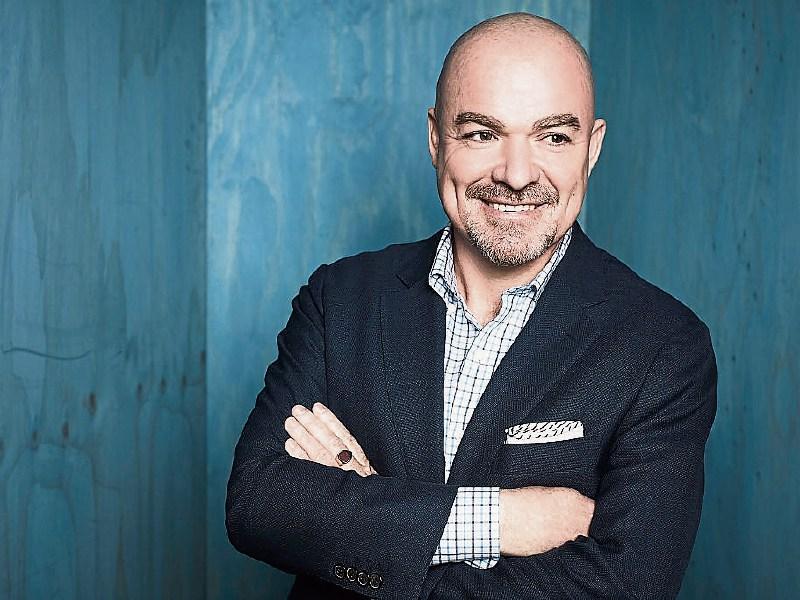 A US-based millionaire investor who was raised in Kildare believes people will bounce back from the massive economic depression arising out of the Covid-19 virus restrictions.

Seán J Conlon came to the US in 1990 with just $500 in his pocket — but was a millionaire within six years.

The businessman, whose mother Margo still lives in Rathangan, advises wealthy clients including celebrities such as the actor John Cusack and fronts a CNBC TV show, The Deed.

Speaking about the business world post Covid-19, Mr Conlon told the Leader: “It won’t be as bad as people think. This is life.

“People will react and adapt like they always do, it will just take time.”

He added: “People go through tragedy in their own lives and come out the other side — of course this is one big tragedy for many people in the world but life will go on and people will adjust to the ‘new normal’ and survive.”

There is a lot of uncertainty over the global property market at the moment as construction has stalled and buyers may initially find it difficult to source finance to purchase their homes.

But Mr Conlon added: “The property market will be fine. The demand will come back and the prices will also come back.

“We’ll be in a bit of a bind for a while and then things will go back to normal.”

Mr Conlon also remarked that the US media is very complimentary of how Ireland has adapted to the challenges of Covid-19 and its effect on everyday activities.

He explained: “I hear that the government is doing a good job and that people are responding well to all the restrictions.

“That is great to hear and I’m proud of the people back at home.”

After Mr Conlon emigrated to the US in 1990s, he initially found work as an assistant janitor and also worked at jobs on the side including painting apartments at night.

In the early days he remembers stuffing his earnings in a shoe box for safe keeping.

He recalls getting up at 6am, working his day-job as a janitor and then making cold calls in an real estate office until the early hours.

Mr Conlon’s entrepreneurial spirit led to his launch of Sussex & Reilly, which quickly became a top player in Chicago residential real estate with over 300 employees and annual brokerage sales volume in excess of $1 billion in just three years.

Sussex & Reilly was also recognized as one of the most high-tech brokerages in the country.

He subsequently sold the company, repurchased it, and sold it again and leveraged his financial success to establish Conlon & Co as a boutique real estate investment firm providing clients with custom-tailored solutions across a suite of services from financing to portfolio and fund management to advisory and co-investment opportunities.

He founded and managed two successful investments funds: a $100 million mezzanine lending fund which provided financing on over $1 billion of development projects as well as a $50 million real estate opportunity which acquired distressed property in Chicago and the Southeast of the US during the economic crisis between 2008 and 2011.

Mr Conlon believes the US is still a country that rewards hard work and that anybody can ‘make it’ if you put you heart and soul into something.

He believes his hard work ethic came from his family.

His father John, who is now deceased, was originally from Kildare and his mother Margo is still running a playschool while in her 70s.

Mr Conlon is the star of The Deed: Chicago — a TV programme which features the savvy multi-millionaire real estate mogul as he comes to the aid of struggling property investors in dire need of help.

Mr Conlon uses his own money to revitalise the projects with cash, and offer his years of expertise to help people faced with losing everything.

Mr Conlon describes that his role in The Deed came about because of the extensive network of contacts he has built up over the years. He explained: “I lent a guy money back in 1994 and he became a big film producer and he came to me and asked me if I would be interested in this.”

He spoke to the Leader from his ocean front apartment in Palm Beach where the current temperature is 78 degrees Fahrenheit (26 degrees Celsius).

He said he is busily working away and handling ‘plenty of crises’ and is continuing to pay his staff from the company’s resources.

When not working he goes for a run, and indulges in ‘fly fishing’ although the lockdown has put a stop to that for the time being.

Mr Conlon also set up The Conlon Wildlife Foundation with his sister Fiona to raise funds for animal welfare groups worldwide including Kildare Animal Foundation near his native Rathangan.

We're running a regular series on Kildare people making their lives abroad - particularly during the Covid-19 crisis. If you would like to share your story, please email editor@kildarepost.com