Emergency like no other: Even before the pandemic, some countries were facing crisis situations 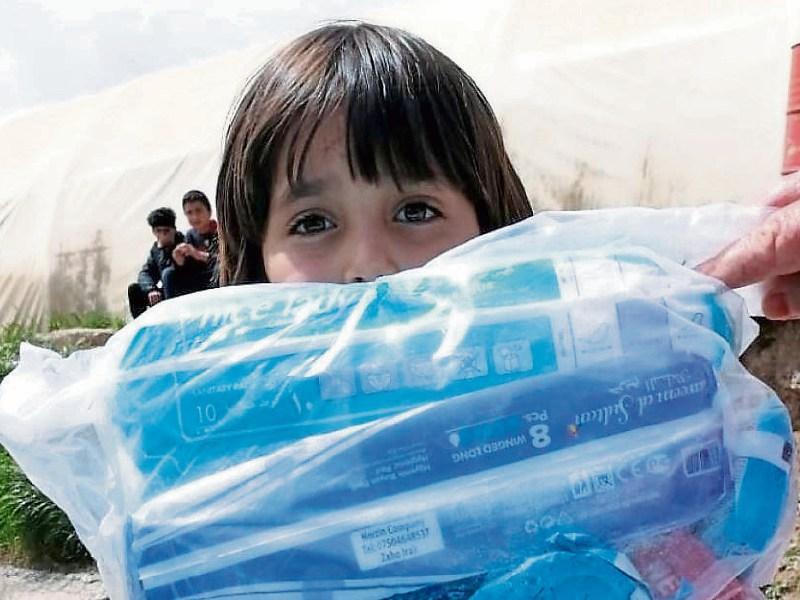 Concern Worldwide has warned that the health and economic impacts of Covid-19 in the developing world could leave over a billion people without sufficient food and a Kildare man is heavily involved in getting that stark message out to the public.

Even before the global pandemic, world hunger levels have been rising since 2015 with over 820 million people going hungry on a daily basis and around 168 million people already requiring humanitarian assistance.

The charity’s media relations manager gave a stark outline of things that we take for granted in Ireland but are non-existent in some countries.

“We take soap and water for granted but both are scarce commodities in developing countries.

“There is virtually no testing in these countries. Healthcare is only an option for the wealthy.

“There are no proper social welfare systems so if you don’t work you don’t eat.

“That’s why it will be impossible to impose any kind of effective ‘stay at home’ lock down in some countries.

“Social distancing is a Western concept, and a luxury for many poor countries.

“How do you social distance in the densely populated slums of Kinshasa or Nairobi, or the refugee camps in Cox’s Bazar, northern Iraq or Lebanon?”

He added: We’re also looking at poor health services and lack of resources. The Central African Republic has a population of five million people but it only has three ventilators in the whole country.

“The Democratic Republic of the Congo has 90 million people but has just 15 ventilators.

“Concern is very good at responding to emergencies in one or two countries but when you have something like Covid happening in all 23 countries at once it’s a massive challenge.

“It’s the greatest challenge we have ever seen.”

Eamon predicts that Covid-19 will create a major economic impact in the poorest countries, and this impact will kill more people than the virus itself.

He continued: “The problem is that donors are seeing a health crisis in their own countries.

“A lot of public messaging is going on, like hand hygiene and social distancing but these are impossible or very difficult in some countries.”

Eamon also said that the cancellation of events due to the lockdown will have a devastating trickle-down effect on impoverishing communities in many areas.

He explained: “You take the Olympics not going ahead. That has had a big impact on the garment industry in Bangladesh as retailers like Penneys won’t need Olympic ranges of clothes.”

As well as Covid-19, Africa is also facing potential disasters due to famine and the worst infestation of locusts for decades.

“Huge swarms of locusts have been eating their way through crops in Kenya, Somalia and Ethiopia since January.

“Kenya has seen its worst locust infestation in 70 years.

“A second wave of locusts could have an impact several times worse than what we’re seeing now.”

“Our teams have been working around the clock to distribute soap and detergent, install water points and run information campaigns so that people know what they have to do to stop the virus spreading,”

Ms O’Mahony said. “However, our greater concern is the pandemic’s legacy will not just be deaths as a result of Covid-19, but a major increase in hunger.”

“Concern has been helping some of the poorest people in the world for more than 50 years, but we have never seen a crisis of this scale, threatening the lives of so many people in so many countries simultaneously,” she said. “We urgently need the public’s support.”

Some of the work Concern staff and volunteers are currently doing is intensified public information ‘wash your hands’ campaigns in Bangladesh, Pakistan, and Malawi.

In Afghanistan, the NGO has helped improve the basic water systems at a prison in Takhar and distributed masks and handwashing liquid for the next 15 days.

In Somalia, staff are proving small cash transfers to the most vulnerable across every district to be spent on vital foods and potentially life-saving soap.

In northern Iraq, Concern has distributed soap, detergent, and hygiene kits to 84,000 displaced people in camps for Syrian refugees.

Eamon appealed to people to continue donating to charities such as Concern to help people much worse off than them.

He said: “Irish people have always been very generous. We will need donations more than ever to help those vulnerable communities. The need has never been greater.”

To find out more information or to donate, see www.concern.net.