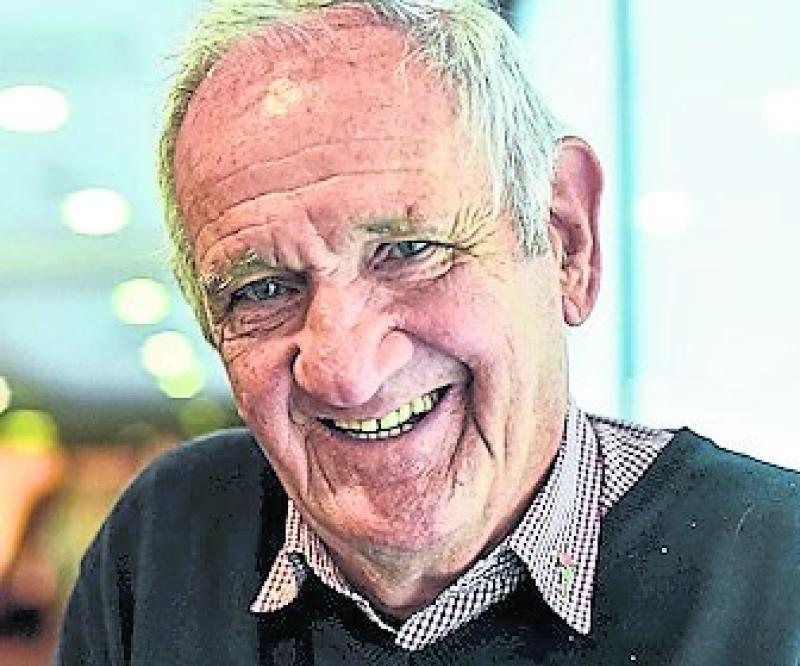 However, Oliver was born in Kilkenny, in Graiguenamanagh, but won back-to-back All Ireland senior titles with Wexford in 1955 and ’56 before going ‘home’ to Kilkenny and being on the successful team that won the Liam McCarthy Cup in 1963, the last player to win All Ireland senior hurling titles with two different counties. Oliver was also the last surviving member of that great Wexford side of the mid-50s.

By all accounts he was an extremely stylish player and a brilliant free taker from anywhere on the field.

Honoured back in 2005 by Wexford County Board, his citation on that occasion described Oliver as a “supreme stylist, a ball player with exceptional talent. In many ways he thrilled the crowd with his cool, elegant and brainy hurling, which was a joy to watch. He was a top quality player with oodles of skills and talents.”

The citation added that “when gifts of hurling grandeur were distributed, Oliver received his in abundance; he was as graceful and as swift as a swallow in his movements.”

Oliver had major connections with Kildare. His parents were teachers and his mother, Rose, taught in Sallins National School. It was not unusual for Oliver to hop over the fence at that time and play a few holes of golf.

Oliver worked in banking and in those times employees were moved around various branches and that saw him play club hurling with clubs in Kilkenny, Wexford, Dublin and Kildare.

His haul of medals at senior included three All Irelands, three Leinsters, along with two National League medals and various other medals during his illustrious career.

Oliver played for Kildare during the National Hurling League of 1966 (along with his brother Claud).

The records show he lined out in four National Hurling League games in Division 2, against Wicklow, Carlow, Kerry and Offaly.
What was of most significant in those games, was the fact Oliver scored a total of 6-10, some going in just four games; against Wicklow he scored 1-3; against Offaly he scored Kildare's total of 3-3, lining out at centre forward, a game Offaly won 4-10 to 3-3.

An all-round sportsman Oliver won the All Ireland Poc Fada back in 1964, in only it's third year; the previous year his fellow county man, Ollie Walshe had won the title.

Oliver was of course a very accomplished and talented golfer, in fact from 1970 to 1985 he was playing off scratch.

He was a Life Honorary Member of Naas Golf Club from around 1978 and represented the Kerdiffstown Club at Senior, Barton Cup and in all the major inter-club competitions at that time.

He played in the British Amateur Open Championship in 1970, losing to the eventual winner, the well known and extremely talented Michael Bonallack, losing out in a very tight game on the 17th.

That was a game Oliver often said he should have won but that while leading coming down the stretch he realised himself what a feat it would be to defeat a player of Bonallack's stature, when a run of bogies scuppered his chances.

Oliver had lived in Newbridge for over 20 years with his long time partner, Liz, and passed away peacefully on April 22, 2020.

To celebrate the life of and remember a loved one with an obituary in the Leinster Leader and KildareNow, please email editor@leinsterleader.ie. There is no charge for this service.