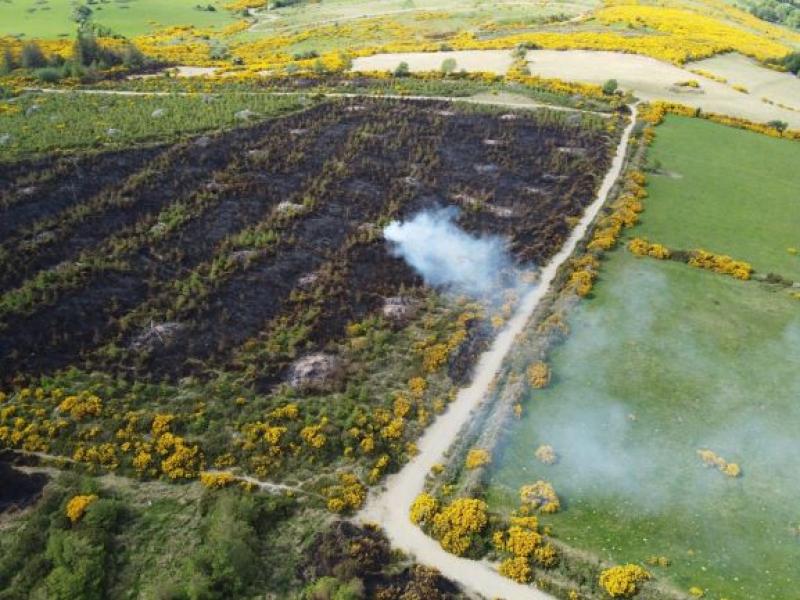 The warning is in place for next two days until Friday, May 22 and covers areas of gorse such as in the Curragh Plains where the evergreen shrubs covers much of the 5,000 acres.

The Department of Agriculture said:

"Arising from increased temperatures and low recent rainfall levels, a high fire risk is deemed to exist in all areas where hazardous fuels such as dead grasses and shrub fuels such as heather and gorse exist.

"Fire behaviour during the lifespan of this warning is likely to be strongly influenced by strengthening south to south east winds on Thursday ahead of rain approaching from the south west, but may be moderated by increased live growth in vegetation.

"Members of the public intending to visit forests and other public recreational sites are reminded of the requirement to remain within 5km of their homes and to adhere to regulations introduced to limit the spread of Covid-19.

"Vehicles should not be parked at site entrances or impede emergency service access to forest roads."