Making Cents column: Retirement doesn’t mean everything has to be a full stop 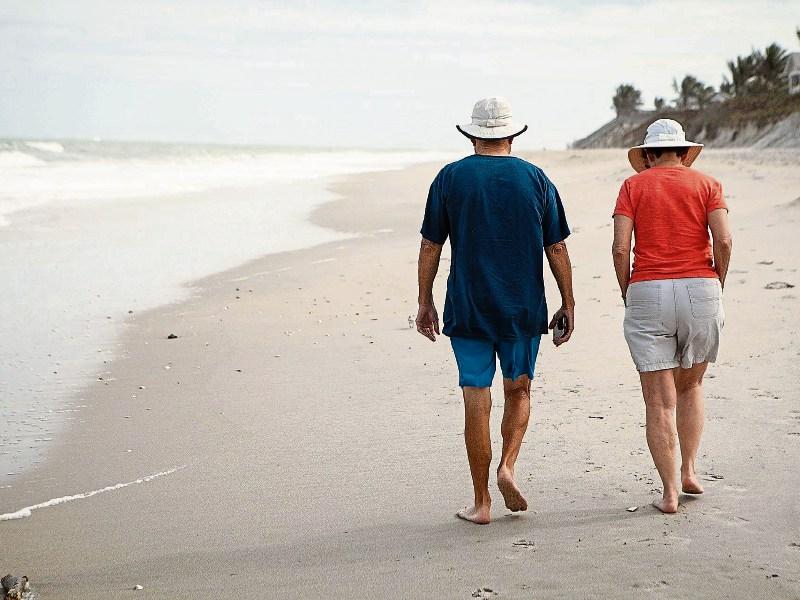 Over the past five or six weeks, I’ve seriously begun to re-think the notion of retiring early.

You see, it was something I always thought I wanted. I had set myself a very clear, defined goal a number of years ago, that by the age of 60, I would become financially independent.

I thought retirement would be great. But I didn’t have any idea whether that was going to become my reality or not.

Everyone talks about how great retiring early is or must be, but very little is spoken about what the downsides are.

And being at home since the coronavirus outbreak, I think I’ve gained some insight into what my life could be like, and it’s made me do a bit of a U-turn and retiring early has become much less appealing to me primarily because of two reasons (a) I really like my job and (b) I think I’d be phenomenally bored.

Having an extra 50 hours a week might be a dream for some people, but for me I’m not quite sure what I’d do with them.

I thought, maybe I was just being odd, and nobody gets bored in retirement, but then I discovered an interesting survey carried out by Home Instead, who discovered, 44% of people who returned to work cited boredom as being their main reason. Financial stability was the only other reason that had a bigger percentage.

I personally like having structure to my day. Having activities to complete fills my time. Someone said to me recently who was retired, that they have nothing to do and all day to do it, and I don’t want that to happen to me.

I also think boredom can and does lead to depression.

It’s been proven that early retirees can be 40% more likely to suffer from clinical depression than people who work, and much of that higher number is down to the fact that retirees are bored senseless.

And not only can this lead to mental health issues, it can also lead to money problems, because early retirees spend more than they should trying to entertain themselves i.e. they gamble more, eat out more, spend more on holidays than they should, and all the while they’re running down their bank balances.

From my time spent at home in recent weeks, I have had more time to think and I’ve been asking myself, what do I want to spend my time doing?

And while I was reflecting on this, I began reading about the ten things exercise, and not sure if you’ve ever heard about it, but it’s where you make a list of ten things you most enjoy doing on a weekly or monthly basis.

I began to wonder how many of them on the list would be gone, if I stopped working? And when I began writing them down, a pattern began to develop with some of my favourite activities and, guess what?

They were work related.

Don’t get me wrong, there are many other things on my list that I prefer doing than working, and whilst work related activities don’t dominate my list, they’re on it nonetheless, and why would I want to bring that enjoyment to a full stop?

And everyone will have different things they enjoy doing. I know someone who retired from work at 58 and spends the first half of his day in bed watching TV and the second half in the pub.

Who am I to say that’s wrong? He’s really happy and he’s doing the things he loves to do.

There’s no doubt, retiring early has its advantages and disadvantages. And it could be the right choice for some people.

If you are in your early 50’s, have lots of money, hate your job and you have enough things to occupy yourself every day, then maybe retiring early is for you. But if you’re not sure, you’ve got to tread carefully because if you decide that you are unretiring because you’re bored, you might find it difficult getting a job. A survey carried out by AARP discovered that 19% of older workers, experienced age discrimination when trying to find a job.

Early retirement was forced upon him, because his employer of 36 years’, told him his time was up, so they packaged him off in his late 50’s. And he said, he immediately went into retirement shock and didn’t know what to do for 6 months.

What I like about his approach to retirement, which he explains in his book, is that he thinks it doesn’t have to be full stop. Drack rightly points out that the pension industry loves to sell this full stop retirement notion.

But it can be incredibly difficult to achieve it in such a short space of time. You’re supposed to save enough over a 30 or 40 year period, hoping it will last you the same length of time once retired, if you live that long that is.

Trying to save for retirement and trying to have a life now is quite a balancing act, which is why I think people feel overwhelmed. They have this figure in their head they have to reach because everything stops at a certain age.

But maybe, it doesn’t. Maybe we don’t have to retire at 45, 55 or even 65. Maybe it’s okay to work beyond those ages, because it’s good for our mental and physical health.

So, if you’re not going to have enough resources at 65, that’s fine, as long as you’re making an effort and saving as much as you can right now.

And you know, perhaps being retired isn’t all it’s cracked up to be, so why be in a rush to have nothing to do with your time.

What I’ve made peace with, in the past number of weeks, is that I’m never going to stop working, and I’m not going to cut ties with what I do completely. This lockdown has given me a glimpse into what life might be like, and of course it wouldn’t be as restrictive as it is now, but it’s been a dry retirement run of sorts for me, which is why I’ve decided to remove, retiring at 60 from my list of goals.

And for all those people out there who are worried about what age they can retire at, remember it doesn’t have to be all or nothing. It can be the best of both worlds where you’re earning money, staying active and keeping yourself from being bored in the process.

Liam Croke is MD of Harmonics Financial Ltd, based in Limerick . He can be contacted at liam@harmonics.ie or www.harmonics.ie