It's NOT business as normal as meetings resume in KCC chambers 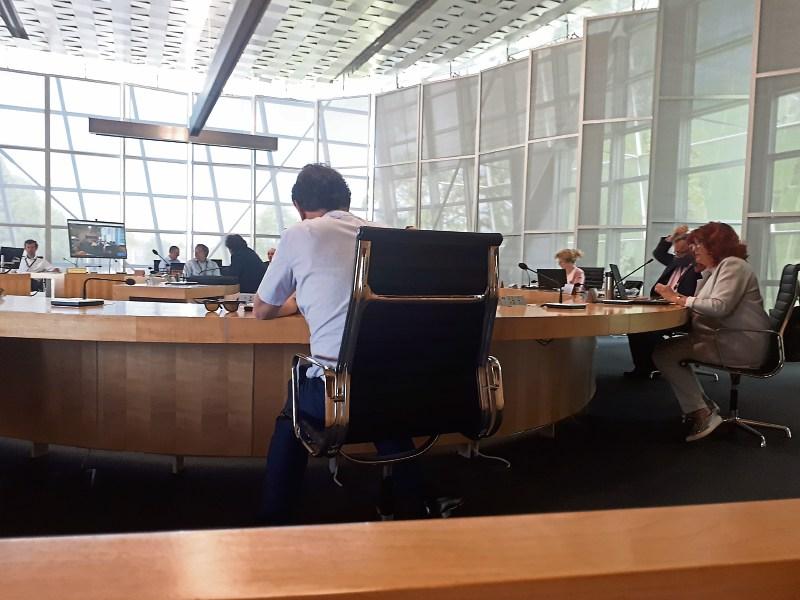 Not much happened at a Kildare County Council meeting last Monday afternoon. Nothing much new there, you may think.

And anyway, the resumption of local authority meetings in Aras Chill Dara, Naas, is probably not among the top 10 things that you truly care about this week.

It’s just that news of the meeting arrived with so much promise. First off, reporters had to register their interest in attending, which is a little unusual.

And the list of dos and don’ts was as out of character as it was daunting.

Reporters were told to arrive within a 10- minute timeframe with the warning that “if you arrive after this time you will not be able to access the building.”

It wasn’t surprising that Kildare County Council should approach this first meeting for some time with caution.

KCC is, after all, coordinating the response to the impact of coronavirus in these parts. And it’s quite a task.

Anyways, reporters had seats assigned with individual names and were told not to attend in the first place if any had virus symptoms.

Signs were erected within the building, the lift was restricted to person at a time and we were urged to use the ramps to access the council chamber.

A good humoured security man was on duty at the entrance to check that we were who we said we were.

The building was spotlessly clean and sanitised; no paper documents were provided.

Bins were provided for people to dump papers after it ended.

We were reminded too that the national guidance regarding meetings of this kind is that they take no longer than two hours to conclude.

This week's gathering came in well under that time limit. Only 16 councillors attended the meeting to ensure that social distancing could be observed and places were allocated roughly in proportion to party strength.

We stayed in the allocated areas until the end.

You’d be forgiven for thinking that with all of this preparation that there might be some news. But no.

Save for the fact that the next meeting of Kildare County Council is likely to take place in the Town Hall in Newbridge.

The reason being that the former Methodist church building is much bigger than the council chamber in Aras Chill Dara and can accommodate all of the 40 councillors.