We remember the impact of the virus as County Kildare awakens 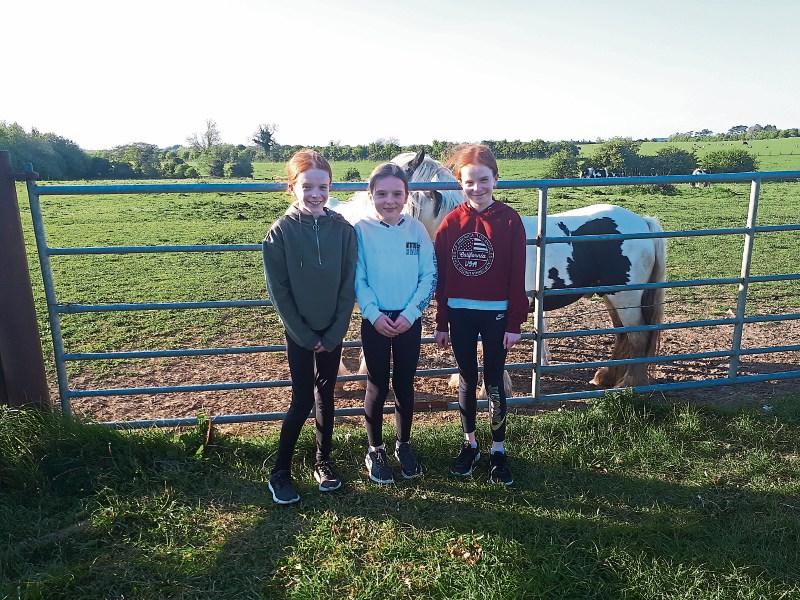 Life goes on; and the ponies have to be fed.

The Covid-19 pandemic has brought death, grief and fear.

County Kildare has seen the second highest number of deaths and there have been many deaths inside and outside nursing homes in Naas and elsewhere.

Too many of us have been preoccupied with daily news, listening to the growing numbers of deaths, hospital admissions, intensive care ward occupancies and positive test results.

We now know stuff about viruses and how they spread because we’ve had to learn it.

A drop in the death and infection rate is welcomed as a success when, in other circumstances, only the disappearance of both would be regarded as such.

A black cloud has fallen on us.

So we reach for respite in the form of good news provided by the many who work to help those struggling financially and socially.

And we'll see the gradual opening of businesses this week as they emerge blinking and stretching from an involuntary period of hibernation.

Your support for these businesses — rather than the online companies like Amazon — will be important. Many of these, especially in Naas, struggle anyway without the impact of the pandemic lockdown.

What we want, maybe more than anything else, is respite from this state of affairs and a respite from the stupidity of Boris and Donald, broadcast to us most nights. Neither believed in the potency of the virus from the outset.

Without trying to, three Naas kids provided a brief respite from the grimness of it all on a recent sunny evening at Jigginstown.

They brought food for ponies on farmland as they do regularly, ferrying a never ending supply of carrots and apples.

These ponies may be the best fed of their species anywhere in the world, benefiting from a delivery service that’d threaten the viability of Deliveroo.

And it’s just as well given that since foals have recently been born.

On any other day, you’d drive past the scene but in the midst of all else that was happening the kids offered a rich diversion; all the more so because they wouldn’t have realised it. The empathy that children have for animals has been analysed by behavioural specialists and for most of us it’s a meeting of innocence and innocence. Twins Aoife 15, Caoimhe, 15 and younger sibling Caoilinn, 12, Dempsey, are the children of Liz and Brian and live at Caragh Green.

They have their own stories. Caoilinn attends sixth Class at Gaelscoil Nás Na Ríogh. Aoife and Caoimhe are third year students Gael Choláiste, Chill Dara. Caoilinn is due to go into first year in September so she is missing her final months in primary school. Aoife and Caoimhe were due to sit the Junior Cert, but it's been cancelled.

There is a lot more activity around this week and the increasing congestion will be welcomed. Because we are reaching towards a semblance of normality; almost with a sense of guilt because we know the toll that the virus has taken; especially on elderly people, the ones who worked all their lives for their families and paid their dues only to find themselves the most vulnerable.

And the ponies have to be fed!