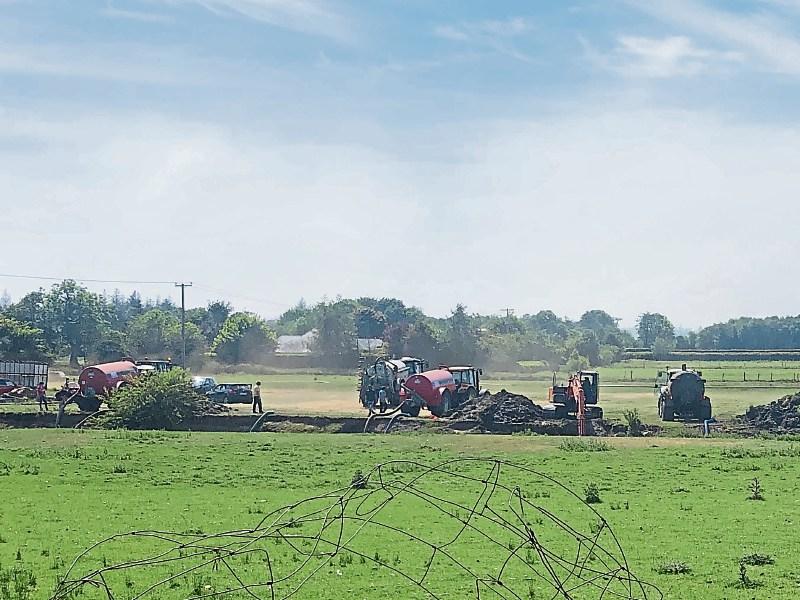 Farmers filling slurry tanks from the river to aid in the firefighting effort. Picture: Conor McHugh

Kildare Fire Service has paid tribute to local farmers who helped contain a significant forest fire in the north west of the county in recent days.

It is estimated that up to 100 hectares of a Coillte forest have been destroyed since the blaze broke out at Hortland last Wednesday, resulting in damage of up to €150,000.

Local firefighters have been working alongside Coillte officials and a Coillte-hired helicopter as well as an Air Corps helicopter to drop thousands of tonnes of water onto affected areas.

The scene of the fire, which is being contained at the moment, is close to the Irish Industrial Explosives plant at nearby Clonagh.

Kildare Chief Fire Officer Celina Barrett told the Leinster Leader on Monday: “The worst of the fire was last week and since then there has been a lot of bog and forestry destroyed. The fire was very difficult to extinguish due to the extremely dry vegetation and the strong winds.

“I have no crews there today as the Air Corps is working to dampen hot spots and local farmers are helping to bulldoze ‘fire breaks’ into the ground to remove vegetation.”

The Chief Fire Officer added: “I want to pay tribute to everybody who was involved, including local farmers.”

Kildare County Council insisted that there is no immediate risk to the Irish Industrial Explosives site from the fire but crews will continue to be vigilant.

A spokesperson said: “Bogs are dangerous places especially in fire conditions. For their safety our firefighters do not actively firefight on bogs during darkness. If residents are concerned about their properties during darkness, they should call 999 or 112 and we will respond to protect life and property.”

The Council also issued general health advice to local residents to stay out of the smoke if possible.

A spokesperson added: “Smoke is an irritant and can make your eyes and throat sore. Provided there is no risk from the fire itself, staying indoors with doors and windows closed can give a good level of protection.”

"Some people may be sensitive to the effects of smoke. Those with existing heart or lung disease (including asthma), young children and the elderly may experience symptoms.

“If you are experiencing symptoms, reduce your level of activity, take your medications as appropriate and seek medical advice.” 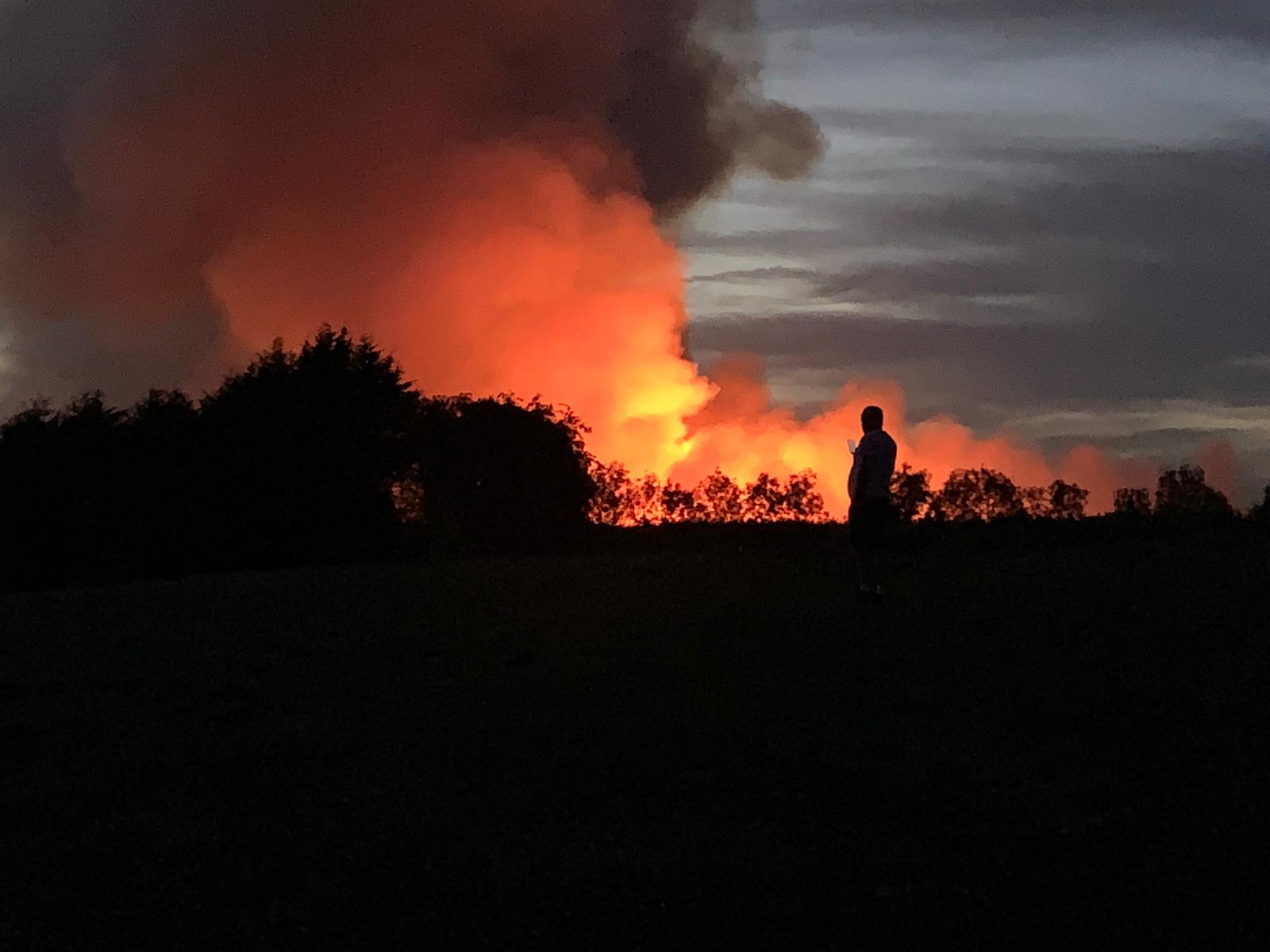 Fire at Derryvarogue Bog over the weekend. Picture: Naomi Tansey