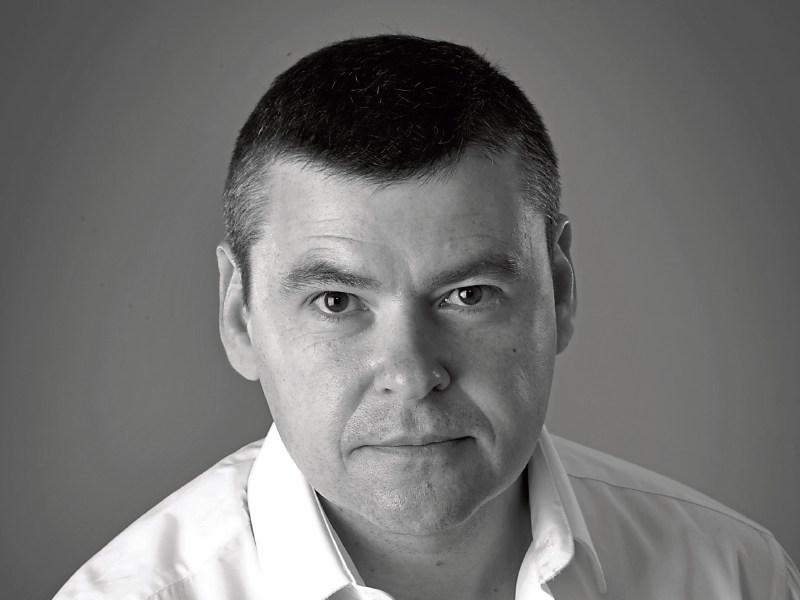 A Newbridge playwright has won Kildare County Council’s Dennis O’Driscoll Literary Bursary, an award given to emerging or professional writers, in memory of the late Naas poet who passed away in 2012.

Darren Donohue, who hails from Standhouse Road but now lives in Goresbridge, Co Kilkenny, is an award-winning playwright and poet whose works have been produced in Dublin, London, across Europe and in the United States.

“It’s a great honour for me to be associated with Denis O’Driscoll and I’ve been an ardent admirer of his work for a long time. It’s lovely to have that recognition of my work as well from my home county. It’s really nice to have your work acknowledged in this way and recognised.”

His recent accolades include winning the Bread and Roses Playwriting Award 2019 with I And The Village, and the Radius Playwriting Competition 2020 in association with Finborough Theatre for Ballet of the Unhatched Chicks.

His poetry was also nominated four times for the Hennessy Literary Award.

Darren is currently the writer-in-residence at Carlow College.

His current work is inspired and informed by how Ireland is struggling to adapt to global pressures, particularly with regards to migration and the experience of migrants in Ireland — a theme that has run through two of his recent award-winning works.

Those works addressed “people coming from other countries to make their lives here, and the possible conflicts that arise from one culture being assimilated into another,” he said.

I And The Village is about Direct Provision, and Ballet of the Unhatched Chicks was about a teenage boy from Pakistan adapting to life in Kilkenny.

“My work explores themes of citizenship and identity, and one of the great themes of our time, which is migration,” said Darren. “We can see how our borders have become such a prominent issue in the news, and we just have to look across the pond to see what happened with Brexit to see how these themes are affecting our everyday lives right now. I’m interested in those type of themes, and I explore a lot of that in my work.”

Darren has written 19 plays to date, some of which have been produced and read by the Abbey Theatre.

“A lot of my earlier work you would describe as being of the theatre of the absurd, along the lines of Beckett and Ionescu and Edward Albee. And while these (recent) plays do have absurd elements, they are more rooted in the here and now. I suppose as my writing developed… I wanted to write a trilogy about Ireland with universal themes that everybody can link into.”

His most recent work is a monologue called The Bird Trap, which has won a seed commission with the Popelei Theatre Company in the UK and has been broadcast online as part of their current Women In Lockdown project. (Click HERE to view the piece).

Very topical, it is a piece about an elderly lady whose support mechanisms, which would keep her afloat, have been stripped away because of the Covid-19 lockdown.

“There are elements of comedy which there are in all of my work because I actually use comedy as a weapon to disarm the audience. If you can make an audience laugh, they are more open to whatever ideas you are trying to set out on your stall. I am a big believer in comedy as a device to engage the audience and to build a relationship with them.”

Darren is from a well-known Newbridge family. The son of Mary and Michael Donohue, his sister is the RTÉ presenter and journalist Brenda Donohue.

He always wanted to make a career in the arts.

“I’ve always been a writer. I always thought I would be a writer as well because I came from quite a creative family,” he said. “My sister was a Billy Barry kid as was my brother Michael. I’ve another brother who is in Galway, a musician, so there was always a lot of music in the house. It didn’t seem like an odd thing to want to be in the household, because it was such a creative atmosphere.

“I always thought I would be a novelist, that I would write stories. “When I was around 19 or 20 I would have been writing a lot of poetry, but I began to write dialogue, and it seemed to be a natural fit for me in terms of how I could tell a story. So the process of direct speech and writing it down, it fired my imagination and I began to write short plays and put them on, an it started from there.”

These days he teaches creative writing and drama and gives poetry workshops to supplement his own writing work — a lifestyle he hugely enjoys.

He also has a residency at the Science Gallery, a project supported by the Provost's Academic Development Fund.

“You’re with creative people all the time, and you get a real sense of worth as well from helping them to reach their potential. We’re all in this together and we inspire each other and we encourage each other along, because it is a difficult profession, so it’s nice to have a community there that you can support and can support you.”

The Covid-19 crisis means that a London production of I Am The Village, as well as readings of Ballet of the Unhatched Chicks with Finborough Theatre and of new work with the Druid Theatre, will have to be undertaken in a different manner.

“They will probably be on Zoom — but that’s the new normal,” said Darren.