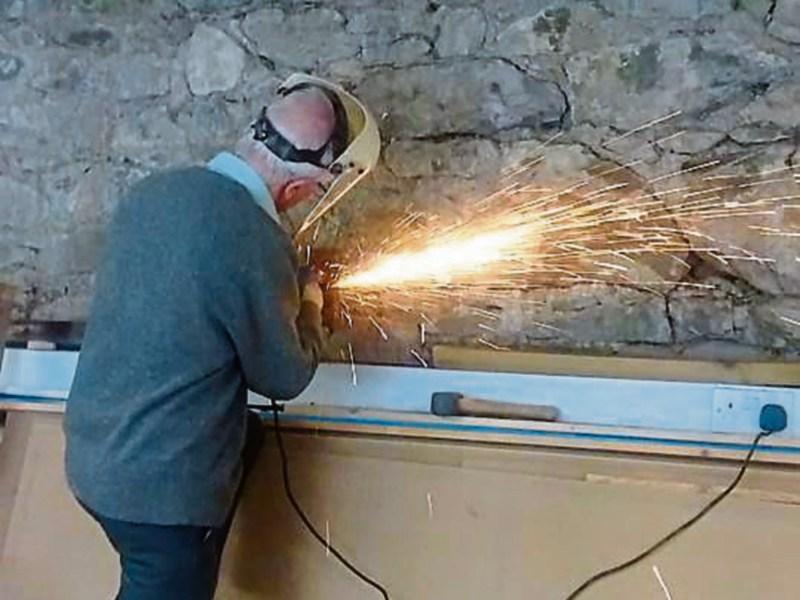 Men’s Sheds across County Kildare are still waiting to get a date for re-opening from the government — but many will face challenges due to social distancing and cocooning members.

The Irish Men’s Sheds Association, which represents more than 460 men’s sheds in Ireland, is hoping a fundraising campaign will help to adapt local venues where members meet.

The ‘Save Our Sheds’ (SOS) fund will distribute money to sheds affected by the crisis.

Newbridge Men’s Shed, which hasn’t met in over two months, said it will be impossible to return to its ‘shed’ — a converted barn at the rear of St Conleth’s Church in the town. It has up to eight members who are aged from their early 60s to their mid 80s.

The Newbridge Men’s Shed has been in existence for over 12 years.

Spokesman Alan Walsh told the Leader: “Firstly, we’re still waiting for a general date for reopening under the Roadmap.

“Also we have members who would be in the vulnerable category - those over 70 and with underlying health conditions.”

Alan, who has been a member of the Shed for over five years, added: “Under the current Covid-19 restrictions, our ‘shed’ would not be suitable in its present state.”

As it launched its fundraising campaign, the Irish Men’s Sheds Association CEO Barry Sheridan stated: “We have always been committed to supporting our members, that is why we are launching our Save Our Sheds (SOS) fund.

“We are aiming to raise enough funds so that we can provide support to the sheds most affected by Covid-19, and to keep as many sheds open as possible.”

Mr Sheridan added: “The Men’s Sheds have been a vital part of our communities over the past decade, they have been there when we needed them and now they need you.”

To highlight the importance of the Sheds, the Association told the story of widower Val Browne who has credited the movement with saving his life.

Val, who joined the Ballina Men’s Shed after the death of his wife, spoke about the importance of Men’s Sheds in the community,

He said: “The shed saved my life, that’s the truth of it.

“After my wife died, I was at a loss.

“A friend brought me to the local Men’s Shed and to say I haven’t looked back is an understatement.

“The Shed has given me a new lease of life.”

People can support the Save Our Sheds fundraising by visiting www.menssheds.ie/sos or text ‘SHEDS’ to 50300 to donate.