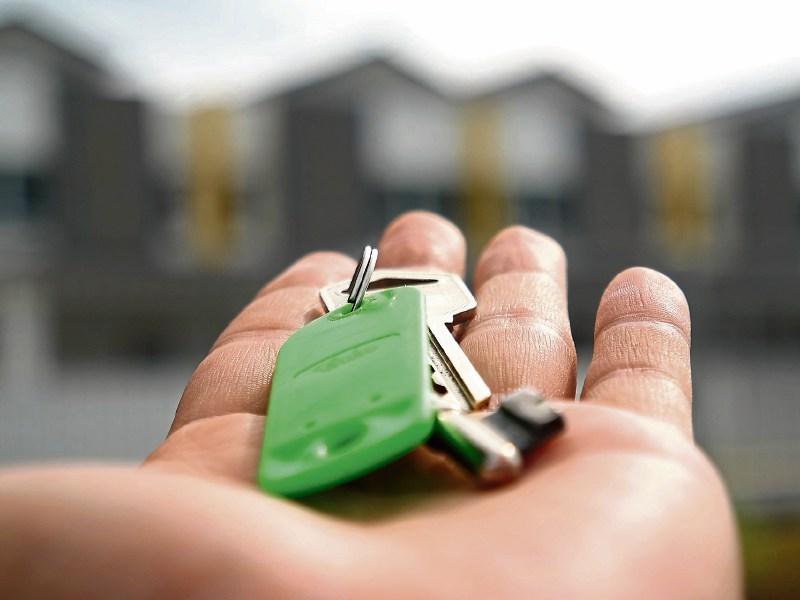 I’m getting quite a lot of questions from people, who were about to go sale agreed on a new property before Covid-19, and others who weren’t quite as advanced but were also wondering, should they continue with a possible purchase?

They’re also asking, if they do should they look for a reduction in the asking price? Should they wait until we know what our new normal is going to be like post Covid 19? Will their money go much further if they hold back and wait?

And apart from wondering what the market is going to look like, they’re also worried about their job, and if they did decide to follow through with a purchase, will they still have a job in three or four months’ time?

So, a lot to think about and unfortunately, there are some things we just have no control over. Nobody knows if redundancies will follow in the organisation they work for. And nobody knows how much house prices will fall by after the restrictions are fully lifted.

It will take several months post lockdown to gather enough data to see the exact impact it will have on prices. And yes, we can look back and see what happened with previous downturns, but I’m not sure if this is valuable, given this crisis is different to anything we’ve seen before.

What we can predict with a reasonable degree of certainty is that there will be a slow-down period where we get used to our new social distance normal, where we begin to figure out where we’ll be working from, how we manage our health etc. and until that becomes more normal, I think house buying or moving property may not be at the top of everyone’s list.

As a consequence, some commentators and real estate firms are predicting that house prices will reduce in value by somewhere between 5% and 10% over the next 12 months, and then they’ll flatline for a period before beginning a surge upwards in 2022.

And others are saying that stock markets have priced into the value of listed building companies, a drop of at least 20% and whether that becomes reality or not, only time will tell.

But if it did, the implications to any buyer whether they are first time, or second time purchaser are significant and would make you stop dead in your tracks.

Let me explain why.

And that’s a big deal in terms of monthly repayments and total interest paid.

And there are other numbers you must be cognisant of as well.

Six numbers in particular jump out at me if the original asking price of a property was €300,000 and it fell by 20%:

* Your monthly repayments are €256 lower each month.

* 7 years – that’s how much faster you would have your mortgage repaid with a 20% drop because the monthly repayment over an 18 year period in that scenario is the same as one over 25 years with no drop.

* As a consequence, you now have the ability to free up €107,520 which can be re-directed to other areas of your finances, which otherwise would have gone on seven years’ worth of additional mortgage repayments.

* If you bought at the worst time i.e. prices did drop after you bought by 20%, and flatlined for a period of time, it would take you about 10 years before you’d build up enough equity to allow you move to another property. Remember, if you’re a second time buyer, you need to make a contribution of 20% towards your second home, so it would take you about a decade before you’d have enough equity to allow you buy another property for the same value i.e. €300,000.

Of course, these numbers are probably a worst case scenario, and do I expect house prices to fall by that amount? Your guess is as good as mine. There are just too many variables outside our control to predict with any degree of certainty, whether the drop will be 2%, 5%, or 20%. But what we do know is that a drop will inevitably happen. The amount, and the length of time it will take before they start to increase again, is the unknown.

I’ve heard different predictions from a V shaped recovery i.e. sharp downturn with a quick recovery, to the U shaped slower recovery to the dreaded W where the first dip and recovery is followed by a second wave of recession.

It’s hard to know what will happen, but wages are set to fall, banks have already started to change their lending criteria i.e. exemptions to standard lending criteria have been withdrawn, unemployment will remain high and one things for sure, people need employment to buy houses.

Buying now is a tough one to call. Getting it wrong or just being unlucky with the timing of a purchase, can have an impact on your quality of life for years to come, we know that from what happened to people who bought before the financial crash took hold over a decade ago. Some are still feeling the effects, and the underlying reasons why their mortgages ended up under water didn’t really matter, their problem was (a) the amount they borrowed relative to their incomes was too high (b) bouts of unemployment and (c) the lower income that followed once they returned to work.

We now have the over borrowing issue under control, but what we don’t have any control over is how much more we might end up paying for something, and what the economy will look like in the short term and the impact it might have on us.

And maybe it’s not going to be significant, and maybe it is, we just don’t know. Maybe the best course of action, therefore, is to take a step back and let the dust settle. Let’s see how this plays out a bit more, and when there’s more data available, you can then review what you’re going to do with a bit more certainty. I think that’s the prudent thing to do right now.

We’ve gotten this far, and maybe we’re willing to go a little further.

Liam Croke is MD of Harmonics Financial Ltd, based in Limerick. He can be contacted at liam@harmonics.ie or www.harmonics.ie