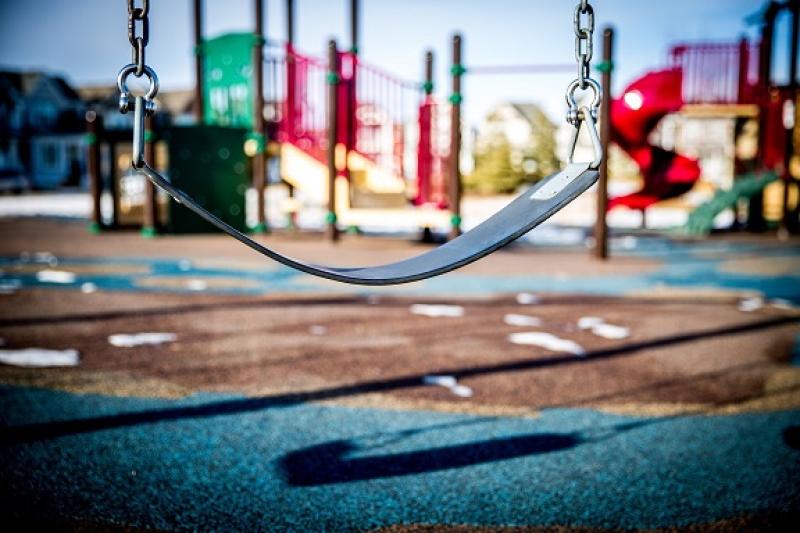 A proposal to allocate money towards the building of a new children’s playground in Newbridge was rejected at a Kildare County Council meeting today.

While the Kildare Newbridge Municipal District councillors were discussing sign-off on local works to be funded by Local Property Tax money this year, Cllr Fiona McLoughlin Healy proposed allocating some cash towards a second public playground in the town.

A grassroots organisation of local parents has started campaigning for such a facility in recent weeks.

Cllr McLoughlin Healy noted that, as over €250,000 of this year’s funding remains unallocated, at least a portion of that should be spent on providing another playground for Newbridge.

“I do not believe it is possible to build a playground for Newbridge without significant funding from Local Property Tax,” she said. Other playgrounds recently built in Kildare have been allocated LPT funds.

No site has yet been identified on which to build another Newbridge playground, but this should not be used as a reason for delaying funding, she said - citing the example of the local skatepark which had funding agreed before a site was finalised.

Cllr McLoughlin Healy added that, if members did not want to allocate the €180,000 she sought towards building a playground from this year’s unallocated LPT funds, they should at least set half that money aside to get the project started.

“If we do not allocate that money today, it is unlikely that the playground will be built in the reasonable future,” she said.

Cllr Rob Power said that that the Covid-19 pandemic had highlighted the need for play facilities. However, he urged caution, adding that the amount of money at councillors’ disposal is finite. He suggested that a list be compiled of all projects which may need money from the unallocated LPT funds, and that these be discussed at the MD’s next meeting in July. He added that, if Newbridge MD councillors decide to allocate money towards a new playground, they should fund all of the build, not half.

However Cllr Chris Pender backed Cllr McLoughlin Healy. “I believe that the people of Newbridge need to see some sort of commitment today,” he said.

Cllr Suzanne Doyle said that, while Newbridge does deserve a second playground, she would prefer to see one developed within a broader proposal to redevelop the Liffey Linear Park.

When the matter was put to a vote, Cllrs McLoughlin Healy, Pender and Noel Connolly backed a proposal to allocate €100,000 to a Newbridge playground. Cllrs Duffy, Power, O’Dwyer, Doyle, Mark Stafford and Anne Connolly voted against. Cllr Noel Heavey abstained from the vote and Cllr Peggy O’Dwyer was absent from the meeting.

The councillors instead voted 7-3 to adopt the proposed Schedule of MD Works 2020, with no provision made for the unallocated unding.

Projects to be funded under the LPT scheme this year include Tidy Towns, the Decade of Commemorations; Music Generation; the River Barrow Blueway; Shopfronts Grants; Christmas Lights upgrades and other community projects.