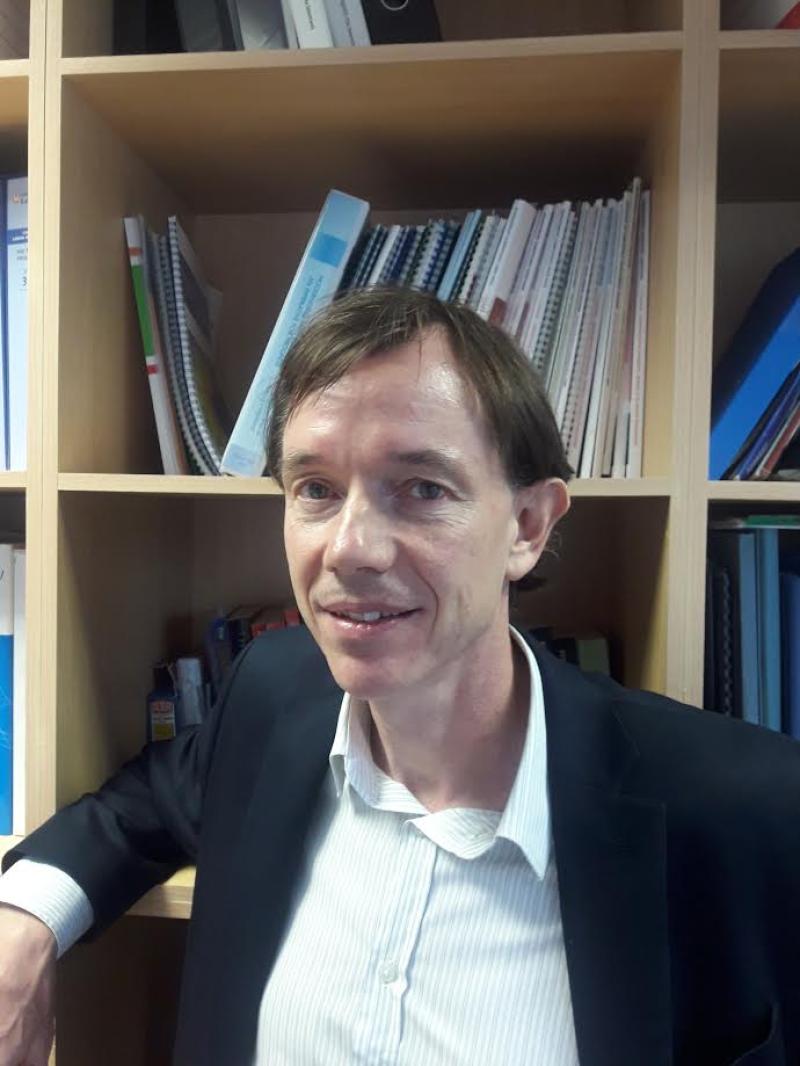 PEOPLE have been urged to wear face masks in the fight against Covid-19 by a Public Health Consultant based in Tullamore.

Dr Douglas Hamilton, a Specialist Consultant in Public Health Medicine with the HSE in the Midlands region, said he is a firm believer in the use of face masks and views them as Public Protection Equipment.

“My advice would be to wear masks in close spaces where you will be within two metres of others,” outlined Dr Hamilton who stressed he was speaking in a personal capacity.

He said Covid was spread by droplets emanating from the mouths of people onto their hands, furniture and other people. “All these then become vehicles for further transmission which would not happen if you wore a mask.”

“You might not know you are infected as many are asymptomatic and those who become symptomatic have no symptoms two days prior to that.”

He said face masks did not provide protection to the wearer but to other people and that is why he favours the term Public Protection Equipment for them.

Dr Hamilton said the use of hand sanitisers was also key as was the repeated cleaning of surfaces.

“Anywhere you have tea or coffee as those are places where you will not have a mask on.”

Dr Hamilton said health services in the Midlands were “quickly overwhelmed” by the Covid-19 surge and the management of the response proved “extremely challenging”.

He said the initial Covid challenge was enormous with up to 40 cases a day in the four counties [Laois, Offaly, Westmeath and Longford].

“We had the onslaught from the end of March until the end of April and the work burden was great,” he outlined.

Dr Hamilton said waves and waves of new patients had to be treated right throughout April but the rate of infection “tapered off quite remarkably in early May.”

“There were nearly 30 cases per day at the end of April, seven per day a week later and two per day in the middle of May. Something happened . . . we cracked it,” he outlined.

The Tullamore based Medical Officer of Health, who was directly responsible for counties Longford and Westmeath, said there was huge pressure on resources and PPE [Personal Protection Equipment] was a major problem.

He revealed his team had to deal with multiple outbreaks in nursing homes, supermarkets, direct provision centres and meat factories, many of which were linked.

Outbreaks related to public houses, to people returning from the Cheltenham Races and from groups watching the races in pubs and other settings also had to be dealt with.

In total, there were Covid outbreaks in 26 nursing homes in the four counties but, as of Monday last, there are no cases in the region in such facilities.

He said the lockdown was the key to fighting the Covid threat and commended people for really following the directions and regulations which, he said, reduced the community spread.

Many of those at risk of infection, noted Dr Hamilton, work in minimum wage employment sectors such as supermarkets, nursing homes and meat factories and called for a greater appreciation of their role in Irish society.

Originally from Sweden but now living in Banagher, Dr Hamilton is highly critical of the controversial approach to Covid taken by health authorities in his native country.

“I think Sweden will always suffer in terms of its reputation as a result, Sweden dropped the ball. They didn't realise that this would affect the vulnerable, especially the elderly, and based their interventions on theory,” he pointed out.

Dr Hamilton added: “In Ireland we tried to protect everyone, it was our instinct, from the youngest to the oldest, from the poorest to the richest.”