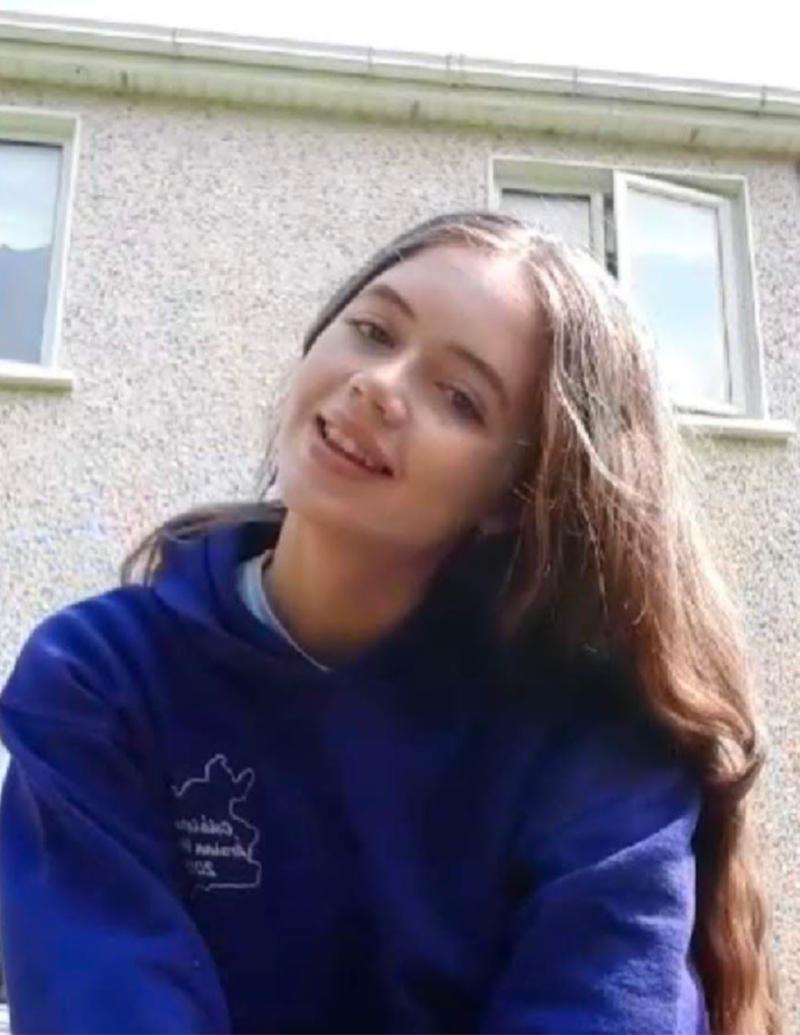 Nicola McFadden (15) from Naas won first prize at this year's Cruinniú na nÓg in the creative writing competition.  The prize was awarded by best selling author Sarah Webb to Nicola for her story The Hidden Howl – a poignant story of the Wicklow wolf.

Cruinniú na nÓg is a national day of youthful creativity, which this year was taken online due to the Covid-19 restrictions.

As part of the creative writing Cruinniú na nÓg event supported by Wicklow County Council library service and Music Generation Wicklow, Sarah Webb called on young people aged between 8 and 18 to write a short story, poem or create a comic strip using the theme Wild Wicklow.  Animals are reclaiming streets, towns, waterways and villages all over the world. There were foxes on Grafton Street in Dublin, jellyfish in the canals in Venice and alligators on the streets in South Carolina.  It could have been a real animal or an imaginary one. The prizes included iPads, Beats Headphones and national book tokens and the competition was judged on the originality, and imaginative response to the theme.