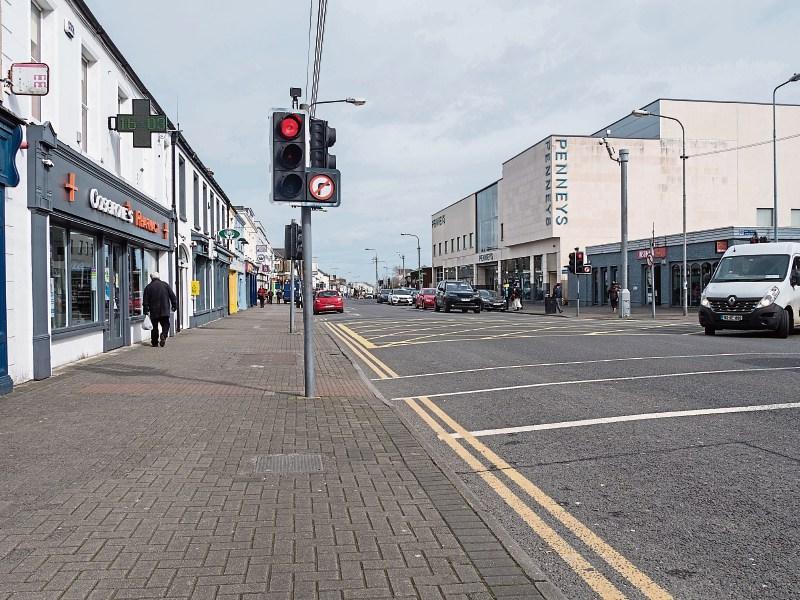 A proposal to introduce an hour’s free parking at all Kildare County Council car parks and on-street parking in Newbridge until next October was debated at the Kildare Newbridge Municipal District meeting last Wednesday, June 17.

Cllr Tracey O’Dwyer brought the motion before the meeting “to help and support business in the town of Newbridge as they start to resume trading”. Despite widespread support for the sentiment behind the motion, practical obstacles to bringing in an hour’s free parking were highlighted.

Kildare County Council officials reported that the council’s Roads Department have already increased the observation period — or the time during which a motorist without or with an expired ticket cannot be fined — from 15 to 30 minutes.

“Motorists are already getting one-hour free parking (30 minutes either side of a purchased and displayed valid pay and display ticket),” said the written report presented to councillors. “The introduction of more free parking periods would significantly reduce the turnover of available parking spaces, which would have a significant negative effect on the ability of motorists and visitors to access parking spaces in order to shop and do business in the town. This would have a knock-on negative impact on business.”

Cllr O’Dwyer disagreed with the Roads Department’s assessment, saying that businesses need surety and the ability to advertise an hour’s free parking to bring in customers — and she noted that queues to get into some shops in the town were lasting 15 to 20 minutes.

Cllr Mark Stafford supported the call, saying that the council had handled pay parking badly during the height of the pandemic, when people reported getting ticketed.

Cllr Suzanne Doyle disagreed, saying that they should be encouraging people to get their business done quickly.

Cllr Noel Heavey queried whether the free hour would incorporate the half-hour observation period. “It is important we do not undermine the council’s collecting of money for important projects,” he said.

Kildare County Council official Joe Boland reminded the elected members that they would have to go through a statutory process to change any parking bye-laws — and that would include a 30-day public consultation period. While, he said, he appreciated the good intentions behind the move, he doubted the practicalities of introducing a one-hour observation period. “It might create more problems than it would solve,” he said, in terms of encouraging the turnover of parking in the town.

Cllr Fiona McLoughlin Healy asked if the councillors could be assured that the current 30 minute grace period is being adhered to.

Cllr O’Dwyer said that she would be happy to change her proposed one hour to 45 minutes, adding “the people we are trying to support are the people who pay rates”.

When it was mentioned referring the proposal to the Strategic Policy Committee, it was noted it would ‘miss the boat’ to help traders if the issue went beyond September or October.

Cllr Mark Stafford, chairing the meeting, suggested that they agree the proposal in principle and leave its implementation to council officials.

This was agreed by the councillors.