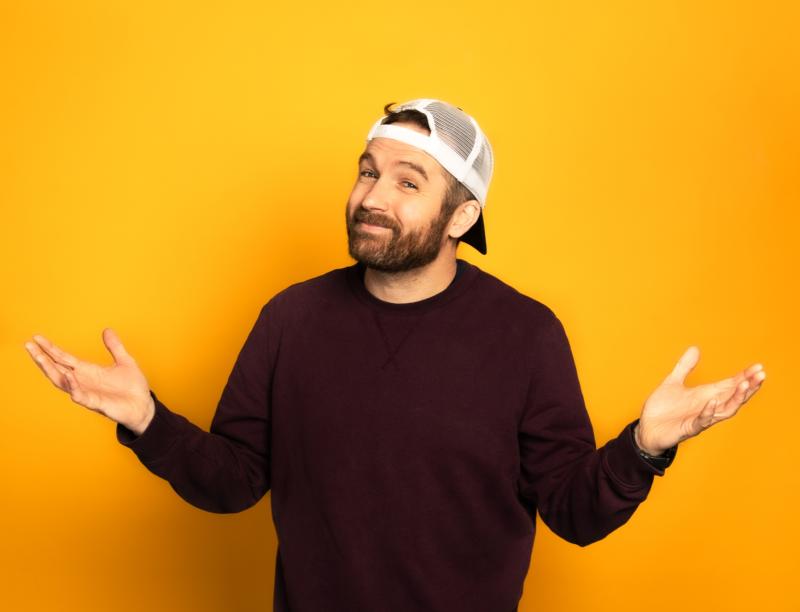 Pure Mental is a work-in-progress written by the Kildare man after he finished up presenting the hectic morning breakfast radio show on 2fm. It was originally slated to be performed at this year's June Fest, before the annual Newbridge festival was cancelled due to Covid-19 restrictions.

The play was written after Keith finished a busy five years in the pressure cooker that is breakfast radio show presenting. With a bit of time for himself, he decided to take a step back and try to figure out what was going on in his head.

What is Pure Mental about? Keith started to go to therapy, he wanted to put a label on the way he was feeling. What was it? Midlife Crisis? Midlife awakening? Breakdown? Well, his family thought he was going mad. What he did do was go on a journey to find and chat to his demons and to find the real person underneath the fuzzy mess of stress. What happened in his childhood that made him unable to access the emotions he needed to tackle life in his 40s?

Specific in that Keith is wrestling his own demons, Pure Mental also has an everyman quality and relevance, exploring the pressures and societal expectations of the 40-something Irish male.

Originally planned as an interactive theatre show, Covid-19 restrictions means bringing Pure Mental to an online audience, and Keith has risen to the challenge with the help of director Janet Moran (A Holy Show, Swing and My Romantic History)

"It’s been great to have the play to focus on at this time," Keith said. "It’s not happening as planned but we’re just delighted that it’s happening at all! Working with Janet has been a dream, to be honest when I realised that what I was writing might work on stage, she was the first person I thought of. I sent her what I’d written and she was up for it. So here we are. No turning back now. To be honest...it’s all a bit mental!"

Also an acclaimed writer and performer, Janet has brought a wealth of staging expertise to Keith script. The pair have been working together over the last year honing the theatrical elements of Pure Mental and fine-tuning the comedic aspects of this funny, open-hearted new play.

"Having known each other for 20 plus years, this is our first time collaborating," Janet said. "So far we've conducted script meetings and rehearsals over Zoom with impatient children and coffee supplying partners making appearances. We're looking forward to being in an empty theatre on the 27th with hopefully a happy audience watching from their homes."

Linda Geraghty, director of Riverbank Arts Centre, is delighted to be supporting and presenting this first outing Pure Mental. "Supporting artists in the exploration of their practice and creation of new work is a core part of what we do at Riverbank Arts Centre. This project with Keith Walsh was a particularly exciting collaboration as it marks his first step into theatre. The pairing of Keith and Janet Moran on this piece promises to deliver dynamic and inimitable results."

Pure Mental is an unfinished piece. This work-in-progress performance will be followed by a Q&A with Keith and Janet. Feedback will be gathered in realtime from the online audience and Keith and Janet will respond to the comments and questions.

"You will laugh, you might cry, the voices in my head are telling me that you might want to throw rotten fruit at me? Is that still a thing? In the end we'll all feel a lot better. I hope," said Keith.

To join this live event, tune in to Riverbank Arts Centre’s Facebook page at 9pm on Saturday, June 27 at 9pm. The performance will be followed by a Q&A with Keith and Janet.