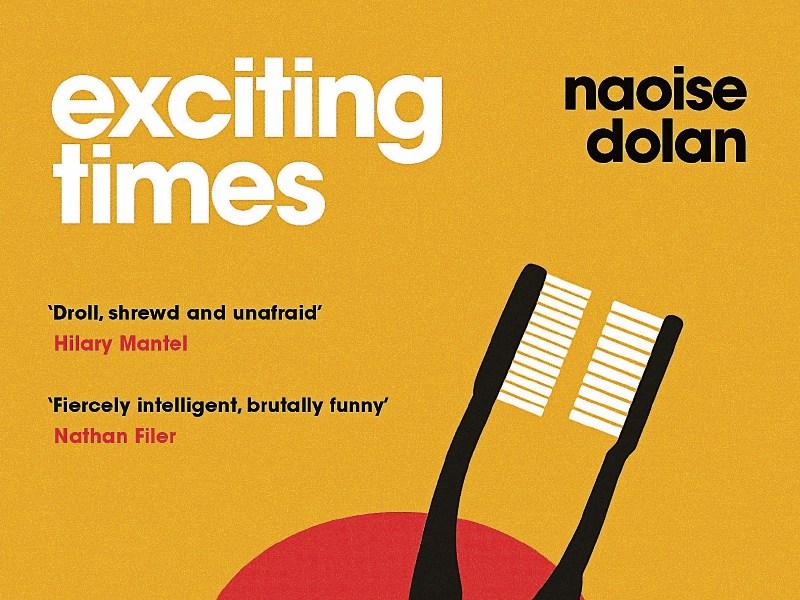 The Eason ‘Sinéad and Rick’s Must Reads’ series is back and ready to help you relax and unwind just in time for summer. In the latest installation of the popular book selection, best-selling author Sinéad Moriarty, and broadcaster and booklover Rick O’Shea have chosen eight page-turners with something to suit everyone.

Each season, Sinéad and Rick choose four books each that they feel are unmissable for the months ahead. They read, review and recommend their chosen titles and give customers an authentic and honest insight into their experiences of the books.

Rick O’Shea said; “The current situation around the world is giving people time to rediscover their passion for reading and the positives it can bring to their life.”

Sinéad Moriarty added: “The summer Eason Must Reads selection for 2020 showcases the books I haven’t been able to put down over the last few months.”

We Begin at the End – Chris Whitaker

This is a beautiful story, set-in small-town America with the most fantastic, kick-ass, unforgettable heroine, 13-year-old Duchess Day Radley. Duchesse has been dealt a very bad hand in life but she is the fierce protector of her little brother Robin and her alcoholic mother. The Chief of Police, Walk, is the closest thing Duchesse has to a parent. Their relationship is complex, yet also full of compassion and love (it very much reminded me of the wonderful friendship between Eleven and Jim Hopper in the Stranger Things TV series).

‘We Begin at the End’ is about how hard it is to try and save someone who doesn’t want to be saved and how one mistake can ruin so many people’s lives. But most of all, it’s about the incredible Duchesse, who you will fall in love with, and who is one of the most memorable characters in any book I’ve read. This beautifully drawn out story has everything - love, loss, secrets, murder and retribution. It will break your heart, and then stick it back together again.

Maggie O’Farrell wrote her latest novel because of a lifelong fascination with the story behind Shakespeare’s famous play, Hamlet. Set in 1580, this is a fascinating tale which will pull you in from the first page, and interestingly, the main character in this novel is not Shakespeare, but his enchanting wife, Agnes, with whom he falls in love at first sight, and marries after a brief courtship. Their marriage, however, is not straightforward and is put under huge strain, and is made difficult by Shakespeare’s frequent absence from the family home.

Perhaps unusually, Shakespeare’s name is never actually mentioned in this story – it is Agnes who is the star. The plot follows the devastating grief Agnes, Shakespeare and their daughters suffer when eleven-year old Hamnet dies, a grief which is so profound that it almost rips their family apart. Ultimately, however, the loss of Hamnet inspires the playwright to write one of his most famous dramas, and, in this novel, it is this play that ultimately saves the Shakespeare’s marriage. This is an extraordinary novel by a very gifted storyteller.

Set in Trinidad, it takes a page or two to get into the swing of the island dialect in this vibrant novel, but once you do, it adds so much colour to the story. Betty is a fierce woman, who has a dark secret, something that she did to protect her beloved son, Solo. But when Solo finds out what Betty did to his alcoholic father; the discovery shatters their once beautiful relationship. The rest of the book is spent with Betty trying everything to re-connect with her precious son who runs away to America.

Ultimately ‘Love After Love’ is about a mother’s unconditional love for her son. It’s also about a very unconventional family that you will fall in love with and never forget. I became so invested in the characters in this book and their lives, I could not put this down. I guarantee you will love this tender, heart wrenching book - it’s an absolute gem!

Set in 1996, this very original story seamlessly moves between the traditions of both ancient and modern Ireland and revolves around the eight male members of ‘The Butchers’, who each follow the custom of travelling around Ireland slaughtering the cows of those farmers who still believe in the old ways. One of these butchers is Cuch, father to twelve-year-old Una, who herself has a deep desire to become the first ever female to join the clan. We follow the journey of Una’s coming of age and her desperate desire to join The Butchers against the backdrop of Ireland’s own coming of age as a country.

Taking in ancient curses, secret societies, borderlands, the BSE (Mad Cow) crisis and a broken family, this deeply engrossing and multi-layered novel defies genres, is populated with fascinating characters, and has so many twists and turns – it’s a cracker of a read.

Notes from an Apocalypse- Mark O’Connell

To describe Mark O’Connell’s new book as timely is a grand understatement. For him, it all started with the birth of his son, - having a first child made him look more closely at the world that his firstborn might be inheriting, and some of the darker, stranger and more bizarre paths it might take.

His journey takes him as far afield as disaster tourism in the Chernobyl Exclusion Zone, and then travels to the wilds of New Zealand in search of land being bought by American tech billionaires with a view to it being a good spot to hole up in in the event of the end of the world.

Mars features too, as well as the whole idea of a Planet B (again, for the ultra-rich) as a new ‘Wild West’ frontier where citizens can make their own laws and live lives that are “free”. This was brilliant when I read it in January, now in Summer 2020 it’s even more relevant - an absolute must read.

It is the easiest thing in the world for me to recommend the new Liz Nugent book to you, because it may just be her best one yet. It begins, as all her books do, with an unforgettable opening. Luke, Will and Brian are three brothers, all at a funeral. One of them is in the coffin..

This has everything you have come to love from Liz’s writing - toxic families, ruthless sociopaths, unspeakable acts and protagonists that you vehemently dislike. We find ourselves intertwined in their lives as much as they are, desperate to know which twist happens next, and into which circle of their own personal hell one of them will fall (or will be pushed!).In the time of Covid 19, if you are a reader in need of a book to just lose yourself in, then this may just be the perfect one with which to escape from the real world.

How Much of These Hills Is Gold- C Pam Zhang

‘How Much of These Hills Is Gold’ is my surprise find of the lockdown and it’s a beautifully unique book. Lucy and Sam, young children of immigrant parents in 19th century gold rush California, have just suffered the death of their father, leaving them orphaned.

They soon find themselves on the run from the ramshackle mining village where they once lived, leaving them to try to find peace with who they are and with who their parents were, as well as trying to find their place in a hard, unkind world. This is such an elegant, slow burning, and intimately detailed family story. By the time I made it to the end I was boggled at the overall sweep of this tale which is condensed into a relatively short book and was also fascinated by the extraordinary lives of the two main protagonists. This is a one of a kind hidden gem, and I urge you to read it.

Maybe I should start by telling you that this is the best debut novel by an Irish author in ages?

Eva is an Irish girl in Hong Kong, disillusioned with home and teaching TEFL just to keep herself ticking over when she meets British banker Julian. They have a sort-of-relationship - but strange and unconventional as it is before, it becomes even more complicated when Eva meets and falls for a Hong Konger, Edith, whilst Julian is away on extended business. The ensuing triangle of connections means that Eva has to evaluate what she wants, who she wants and even where she wants to be.

I adored this book for so many reasons. The way the author’s thought processes work, the way she sees the world and the gorgeously readable way she expresses all those things.