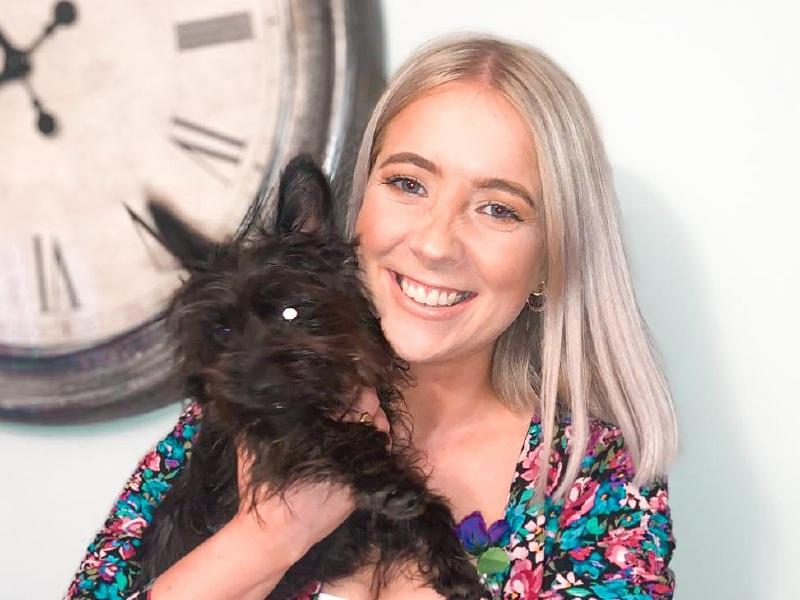 A Naas woman recovering from cervical cancer is outraged that as the economy is reopening, healthcare is not, and she is still fighting for vital care.

Aoife Rafter, 28, was diagnosed with Cystic Fibrosis, at the age of nine, and last year, she had a hysterectomy, and underwent radiotherapy, after being diagnosed with cervical cancer.

Ms Rafter says that she is ‘shocked’ and ‘disheartened’ that since the lockdown, all she has been getting for her cancer care is phone calls. Although she is seeing a radiologist this Tuesday, June 30, she feels that it is not enough, and her treatment needs to improve.

She said: “I am very appreciative of the level of care I had before Covid, but I am not getting my usual testing or consultations.

“My follow up appointment in St Vincent’s is a virtual one for this October. I am very confused. How can I be examined internally on a phone call? This is not good enough.

“I don’t even know if I am cancer free or not. Virtual is not good enough, I have seen a Cystic Fibrosis doctor once over the lockdown, but I have not seen anyone in oncology, since the lockdown.”

Meanwhile, the qualified Social Care Worker, who has not worked over the past 12 months, due to her cancer treatment, is cocooning, and says that it is lonely, but the lack of medical support makes it more lonely.

She said: “I have been mostly on my own. I live with my mother and my sister, I have my own bedroom and bathroom. It has been lonely and even more lonely not having medical support. I think the healthcare system is really struggling with all of this, it was not strong before this.”

The Naas woman does not feel that she should have to be fighting for urgent medical care, when shops, hairdressers and restaurants are being allowed to reopen.

Ms Rafter said: “I don’t want to be at loggerheads with my medical teams, I think that it is very avoidable, I assumed that oncology would be the most significant health issue.”

Throughout Ms Rafter’s life, she has experienced ill health, but has never experienced, what she is describing as a ‘scary’ lack of care, since the onset of Covid-19, in the country.

She said: “I was diagnosed with Cystic Fibrosis when I was about 10, I was missing loads of school, I was very thin, a delicate child.”

However, she did not let Cystic Fibrosis get in the way, and qualified with a degree in Social Care, and was employed as a Social Care worker for four years.

When she moved to Australia, she became a recruiter for companies seeking social care workers.

While in Australia, she began to experience spotting over her menstrual cycle, and strong pelvic pain.

She said: “My periods had been like clockwork, now I was having a lot of pain, my pants would be destroyed with blood and discharge, my periods were not regular and more often.”

Ms Rafter thought that the treatment she was on for Cystic Fibrosis was causing the symptoms, but the pelvic pain became so severe, that she went to a doctor in Australia, and got cervical screening.

On the same day that she returned back to Naas, last year, June 24, she got an email from Australia, informing her that she was diagnosed with cervical cancer.

She had to have a hysterectomy, as the tumour was so large, and before radiotherapy, her eggs got frozen, during a procedure at The Rotunda. Her 25 sessions of radiotherapy came to an end on the second week of January this year.

Ms Rafter said: “I would like to have children some day, but for now getting treatment is most on my mind.

“I attend six different clinics in three different hospitals, none of them have been face to face, all virtual.”

Ms Rafter is a public patient, and says that it is ‘baffling’ that her treatment is not being prioritised.

She said: “There is something missing here, there are so many people in the same situation as me. I was not even asked if I was okay with making the clinics virtual, there has been no inclusiveness.

“I may not even be eligible for a vaccine, as some vaccines don’t agree with me because of the steroids that I take for my Cystic Fibrosis .”