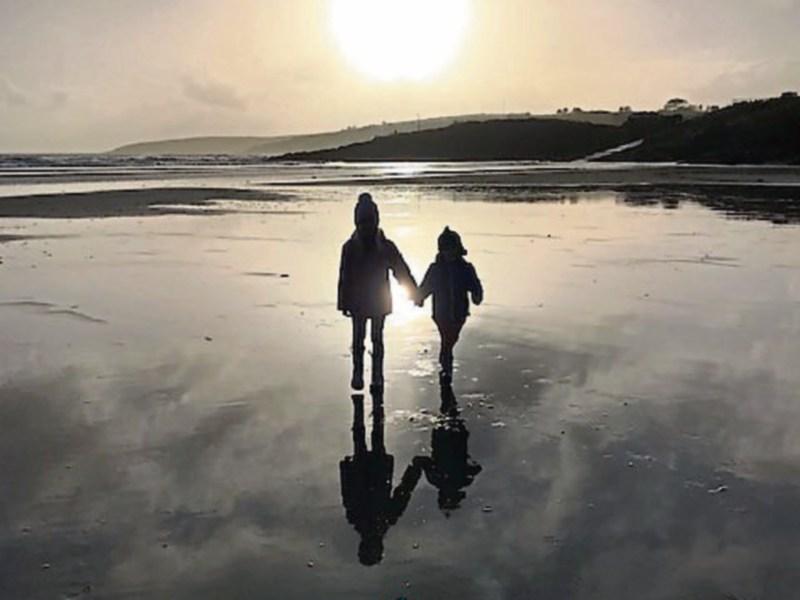 So we’re all doing staycations! This will be the summer of taking our holidays in Ireland, to suddenly ditch the sun, sea and sand for rain, wind and misery. It will render the nation and me in cold turkey.

Don’t get me wrong, I wasn’t on a plane until I was 15, and I’m used to the annual pilgrimage west to Connemara, south to Wexford, Cork and Kerry and north to Donegal. There were fights in the back of a packed blue Fiat Ritmo as we barrelled down the road. Tents, pokey cottages, caravans and miserable weather were the norm and still, in a time before sun cream, the benchmark for a successful holiday was how sunburnt you managed to get!

We always headed for the coasts. The middle of the country was just used for the standard refuelling spots, the packed flask of tea and ham sandwiches on the side of the road.

We do the same with our own kids. When we head to the beaches, the pitstops on route are the same but now just more salubrious with Applegreens and Junction 14s. So when I spotted the opportunity to run from Malin Head down through the middle of the country to Mizen Head, an opportunity to explore parts of the country that we bypass and whizz by the car window as we head for the coast, I jumped at it.

Mizen Head is the most southerly point in Ireland and Malin Head is the most northerly. As the crow flies, the two points are 466 km (290 miles) apart but sticking to the road network it’s about 600km in total distance.

Taking the time off to cover that distance isn’t possible for me at the minute, and I’m not sure my family would be too happy, but this iconic journey from north to south of the island has been offered as a virtual race by Kildare-based Pop Up Races (www.popupraces.ie).

So my plan is to do it virtually, covering the distance on roads and trails near home and logging these to the virtual hub on the Pop Up races site. But as we travel the country this summer, I’ll also jump onto the route and complete different sections.

The fastest known time for covering the distance is held by Eoin Keith. In May 2017 he also set a new, unique record by running the entire length of Ireland, from south to north, in just three days, three hours and 47 minutes, smashing the previous record by more than 12 hours. The 50-year-old Cobh native is one of Ireland’s most decorated ultra runners and has helped push the sport on leaps and bounds at home and on the international stage over the last two decades, since undertaking his first marathon shortly after his 30th birthday back in 1998.

The increasing number of races and events that let people test their stamina over courses of 50 plus miles is testament to the growing popularity of ultra running. Any running race longer than a marathon (42 km, 26.2 miles) is considered an ultra marathon (Knechtle, 2012). In North America alone, 15,500 people finished such ultra races in 1998 and more than 63,500 individuals in 2012.

There are many runners for whom the marathon is not enough. Ultra-running is nothing new, the annual London to Brighton run started in the 1950s. The Marathon des Sables, a 156-mile event over six days in the Sahara, started in 1986, while California’s Western States 100 dates back to 1974. The annual Sri Chinmoy Self-Transcendence 3100 Mile Race in Queens, New York, is the longest certified footrace in the world.

Many believe that the definitive act of self–denial and the road to enlightenment is through physical exertion and pain. The main difference between marathons and ultramarathons is the time spent on the feet — it hurts, the suffering and fatigue is considerably worse and must be tolerated for far longer.

Fatigue during running is the feeling of pain that makes you want to stop and give up. The causes of this exhaustion are multifaceted, both burning muscles and the mind contribute. Insufficient willpower may lead to the perception of fatigue and subsequent failure. The brain convinces the body that it is no longer possible to put one foot in front of the other. So, it’s no surprise that the time gaps between women and men narrow as races get longer.

Women are reducing the time gap for these distances that last 24 – 144 hours, according to a 2015 study. Women perceive similar levels of exercise as less traumatic than do men — basically, women are just tougher and are better able to deal with distance and pain. These same qualities are needed for a staycation in Ireland – endurance, mental strength and good wet gear!