Robert Mulhern: Goodbye and thanks for all the memories, Big Jack

Our columnist on two memorable - and contrasting - meetings with Jack Charlton 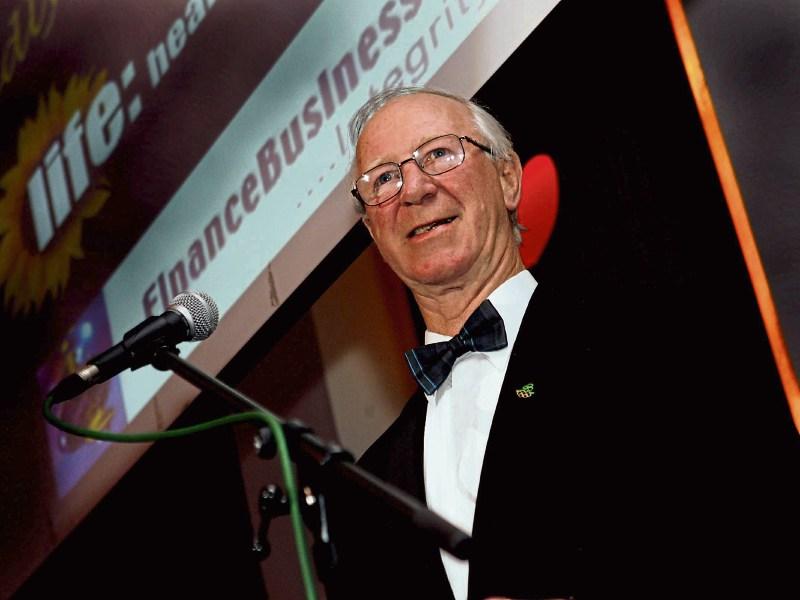 Like many people, I’m sure, the passing of Jack Charlton has stirred up lots of very special memories for me.

From Ray Houghton’s header to beat the English in Stuttgart in ‘88, to Ronnie Whelan’s volley against Russia in same tournament, to Holland putting a full stop on the Charlton era with a brace of goals in Anfield in 1995 — it’s been a story that, personally at least, I’ve never tired of.

On Saturday morning around 10am, a colleague at Sky here in London — who, of course, is Irish — sent an email to the newsroom. He tried to sum up just how much Jack Charlton mattered in Ireland and to a generation of Irish people.

Jack’s death led news headlines in England and Ireland on Sky, the BBC and almost everywhere else. Against this backdrop, it does feel surreal that a life so enormous had so many personal connections with Naas and Kildare.

During the period Jack managed Ireland in the late 1980s and through to the mid-90s, Donie Butler, who was then living in the Paddocks in Naas, was the commercial manager of the FAI.

He forged a friendship with Charlton; strong enough for the 1966 World Cup winner to frequently visit Naas.

Around the time Jack was making new history with Ireland by qualifying for Euro ‘88 and Italia ‘90, I’d hear stories from schoolfriends who had actually met Jack in the front room of the Butlers’ house.

I mean, Jack felt like a higher form of being then. He still does.

And it felt beyond the bounds of my imagination that Jack had not just visited Naas, but regularly drank tea in a neighbour’s living room.

It wasn’t unique, however.

Across the road from my own home in Lakelands, the Mooneys had a framed portrait image of their friend Pat Toole from Two Mile House pictured with Big Jack. It was on the wall of the their lounge.

Let’s be honest, for most Irish people then, there was probably no one bigger in the world to have your photo taken with.

I was just in awe of this picture.

Then, as time went by, I began to realise that Jack was actually more accessible than I ever could have imagined.

In London, a friend from home, Paddy Dowling, used to talk about his time working as a lounge boy in the Johnstown Inn. His claim to fame — he once served Big Jack a pint of Guinness.

Then one night in the mid-90s, I would get the chance to claim my own Jack Charlton memory.

We were collecting my mam from Dublin Airport. She was returning from a visit to my grandmother in Leeds.

What I couldn’t have known was that Jack was returning to Dublin on the same flight, along with Ireland full-back Gary Kelly.

Not one to miss an opportunity, Mam nabbed them both for autographs. Not only that, she asked Jack if he could come and say hello to her family, knowing we’d be waiting in the arrivals hall.

You can only imagine the heads on us when the automatic doors opened and she came walking through with Big Jack.

I don’t think I said anything. All I can remember is Jack’s hand swallowing mine in a shake and this big welcoming grin.

Fast forward through Jack’s retirement, and the end of the Charlton era, to London in 2009, when the chance came along to actually have a conversation with the person who struck me dumb that night.

At the time I was working for a local radio station in Fulham.

One of the first big stories to come my way was the death of former England manager Bobby Robson.

The editor asked did we know anyone who could come on the show to talk about Bobby’s life.

I had Jack Charlton’s home telephone number. I know that sounds strange, but I’d seen it in the contacts diary for a newspaper I worked for back then — The Irish Post.

Actually, I’d helped myself to it, thinking one day it might come in handy.

So I called the home number, nervously, and Pat, Jack’s wife, answered.

She confirmed that yes, Jack was indeed home. He was relaxing in front of the TV.

I explained that we were hoping to speak to Jack about Bobby.

“What, our Bob?” shouted Jack from down the hallway, when Pat relayed the information.

“Tell em I’ll be there in a minute,” he replied in that Newcastle accent of his.

Twenty-five minutes and the shared memories of two epic encounters with England and Bobby Robson later, we were done.

But after all we’d grown up through; after the impact of this era on my childhood, the question now was how to sign off on a call with Jack Charlton.

“Thanks for that Jack, good luck”... well, it wouldn’t have felt right.

No, what felt right was to say thank you. Thank you for the amazing memories, possibly even the most magical time of my life.

There was a pause on the line. Long enough that I was starting to wonder if I’d said the wrong thing.

Then came the chuckle.

Naas man Robert Mulhern is a journalist with Sky in London