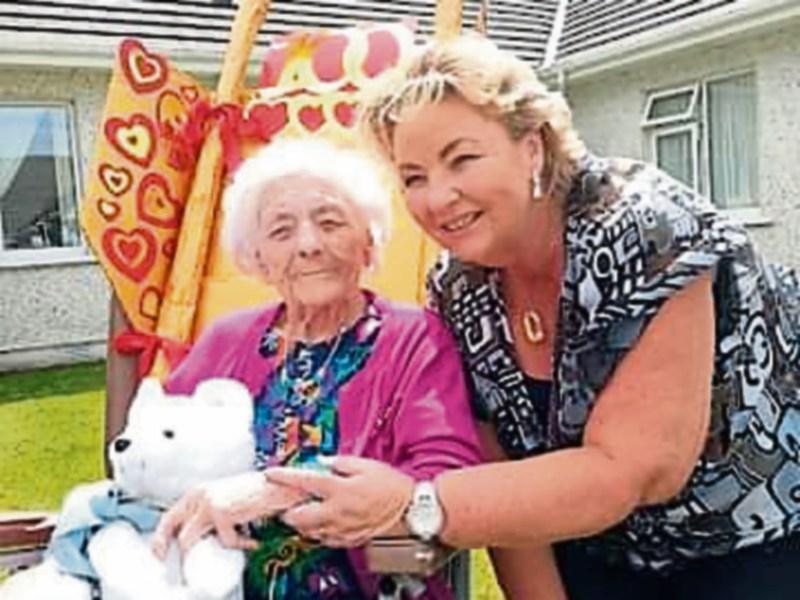 Anne Domincan and her daughter Imelda

Anne was a nurse in London during WW2 and was working there all during the bombing of London, known as The Blitz. She was a brilliant cook and entertainer. She reared hens and turkeys, churned her own butter, hand reared calves and minded horses on her own as her husband Michael was gone all day to work in Dublin as an engineer.

At Craddock House she's known as 'a bit of divil' and a party animal who seeks out the social buzz created by the many activities there. Anne is pictured with her daughter Imelda.