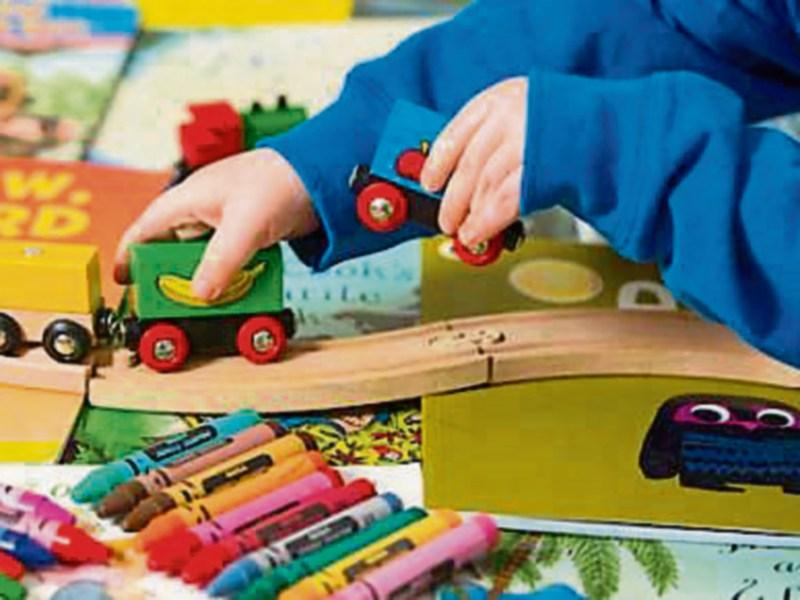 Creches must be built in cases where a planning permission says so. There is, according to some local politicians, a shortage of childcare places in many parts of County Kildare. Cllr Angela Feeney told a Kildare County Council meeting that Maynooth creches are full until 2024

She sought information from KCC at a council meeting about pending housing developments that include a facility as part of the planning application.

In Naas alone, claimed Cllr Bill Clear, creches which were planned have not gone ahead and he said the shortage of creche places means people cannot get back to work.

And Cllr Tim Durkan said some developers have tried to have creches dropped from planning permissions. Cllr Nuala Killeen said there is a shortage of childcare especially for babies aged under two and children after school. Cllr Killeen said that KCC should take a leadership role both in the provision of places and the training of staff to work in the sector.

Meanwhile Cllr Kevin Duffy questioned whether residential areas are the ideal location because the age profile of any given area gradually rises. KCC said it acknowledges the shortage of places and the difficulties experienced by people trying to source appropriate childcare “in locations across the county”.

Developers are required to provide a childcare facility when building 75 units and over.

In cases where permission is sought for a change of use of a planned creche, permission is needed. Clane councillor Padraig McEvoy said others are in need of education, pointing out that a whole cohort of society have learning disabilities especially given the move away from “large congregated settings”.