Richard Bruton to take over role 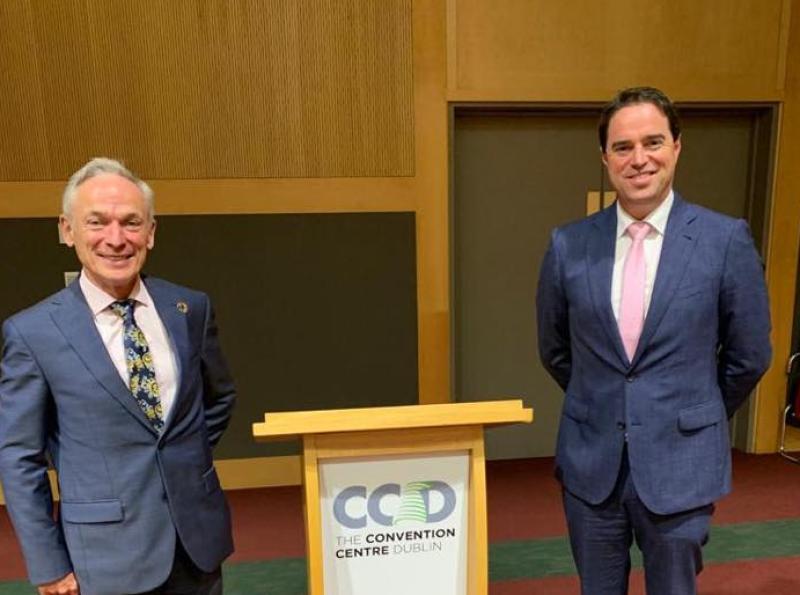 Kildare South TD Martin Heydon has stepped down as chairperson of the Fine Gael parliamentary party, a post he has held for four years.

Deputy Heydon was appointed Minister of State with special responsibility for Research and Development, Farm Safety and New Market Development at the Department of Agriculture, Food and the Marine earlier this month.

Notable events during Deputy Heydon's tenure include chairing several debates across the country during the 2017 leadership battle between Leo Varadkar and Simon Coveney. He also represented the party at European level during the early stages of Brexit.

"In more recent times I chaired our meetings, policy discussions and members briefings remotely throughout the ensuing Covid crisis," said Deputy Heydon. "It was one of the highlights of my political career to be selected by my colleagues to serve in this role, the first Kildare man to do so. I wish Richard well in his term ahead. I have no doubt he’ll be a great chairman.
Thanks to the many members, staff and friends who I’ve worked with in the role, looking forward to continuing that close contact in my new role as Minister of State."