Everything you need to know about the government's July Stimulus plan 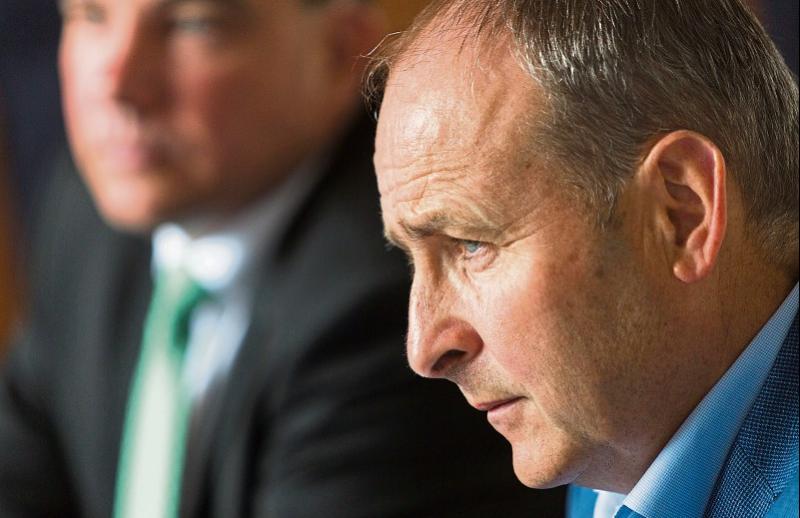 Taoiseach Micheal Martin, flanked by Tainaiste Leo Varadkar and Minister for Transport Eamon Ryan, announced the long-awaited July Stimulus plan to reboot the economy on Thursday. The announcement came after two months of negotiations between government departments, advisors and stakeholders.

The plan is a €7.4 billion package of measures designed to stimulate a jobs-led recovery and build economic confidence while continuing to manage the impact of Covid-19.

Launching the Jobs Stimulus, the Taoiseach, Micheál Martin TD said: "The stimulus package announced today will protect existing jobs while creating new and sustainable employment options in the months and years ahead. These measures will support small and medium businesses, give young people greater opportunities in training and education, support workers who have lost their jobs because of the pandemic and rejuvenate communities worst affected by the economic impact of the virus. This is a comprehensive plan which will boost the economy and bring confidence back to towns and villages across Ireland."

But what's in it for you?

The most immediate thing for individuals this summer is the Stay and Spend initiative. This is aimed at getting you out and about for a staycation in Ireland by giving you a little bit back for your own pocket. The scheme is made up of a tax credit of €125 per person or €250 per couple when spending up to €625 on Fáilte Ireland approved facilities between October and April 2021. Think hotels, cafés, restaurants and tourist attractions.

To further stimulate the retail and hospitality sector, the government has cut the standard rate of VAT from 23% to 21%. This could see prices fall but individual businesses will decide how to apply the drop. The reduction will only last six months.

What else is there on the business front?

Employers feeling the pinch due to Covid and operating with a 30% loss in turnover compared to last year will be boosted by a newly beefed-up wage subsidy scheme. The new Employment Wage Support Scheme will replace the Temporary Wage Subsidy Scheme and will run until April 2021. This will allow employers to claim a maximum of €203 per employee per week to form part of their payroll expenses. The scheme will be available to new starters and seasonal workers, something that wasn't the case before. It could support over 300,000 jobs into next year.

Also announced was a scheme offering 0% interest for the first year of SME loans; an extension to the Restart Grant for Enterprises; the extension of the waiver of commercial rates until the end of September 2020; a €2 billion COVID-19 Credit Guarantee Scheme which will see the State guaranteeing a portion of cheap bank loans to SMEs.

What about if you've lost your job?

Thousands of people are still in employment lingo with whole sectors of the economy yet to re-open. They are unsure if they will have a job to go back. The government has announced a range of supports to upskill or retrain these people.

The July Stimulus includes an extension of the Pandemic Unemployment Payment (PUP) to April 1, 2021 but it will be phased downwards towards a rate of €203 from September.

€200 million will be invested in training, skills development, work placement schemes, recruitment subsidies, and job search and assistance measures. 35,000 extra places will be provided in further and higher education.

Businesses will get €2,000 for each extra apprentice they take on, plus a two-year €7,500 JobsPlus subsidy to hire under-30s who are currently unemployed, or on PUP.

For those suffering financially, interest rates on tax debts will fall to 3%.

The pandemic has led to a reduction in the number of people being able to drawdown mortgages due to the wage subsidy scheme and PUP adding uncertainty to their employment status in the eyes of banks. The Minister for Housing has already announced that couples earning over €75,000 combined will become eligible for the Rebuilding Ireland Home Loan, a mortgage scheme for those refused by pillar banks.

On top of that, the Maximum Help-to-Buy relief for homebuyers has been increased from €20,000 to €30,000. €100 million has also been set aside for an energy retrofitting budget, plus €60 million to refurbish vacant local authority houses.

What about the economy more generally?

The stimulus will see investment in schools, walking, cycling, public transport, home retrofitting, and town & village renewal. A €500million budget has been created for smaller “shovel ready” capital projects, such as schools. Schools will also be able to apply to have smaller projects completed.

Also announced was: A €25 million Investment in Life Sciences; Training and Skills Development; €10 million to be provided under a New Green Enterprise Fund; an increase in Seed and Venture Capital for innovation driving enterprises; additional supports for IDA promotional and marketing initiatives targeting jobs; additional supports to businesses to develop their online presence; a €20 million Brexit fund to help SMEs to prepare for new customs arrangements and the expansion of the Sustaining Enterprise Fund scheme.

Tánaiste and Minister for Enterprise, Trade and Employment Leo Varadkar TD spoke about the stimulus on Thursday.

"This has been a time of enormous stress and strain for employers and their staff. We’ve already pumped billions of euro into the economy through wage subsidies, the PUP, cash for businesses, low-cost loans and commercial rates waivers. We know these actions have made a difference.

"We’ve made enormous progress on suppressing the virus, and significant progress too on restarting our economy. More than 280,000 people have already got back to work. Repairing the damage wrought on the economy – and keeping the virus contained – is vital for the wellbeing of our people.

"Today’s stimulus package is the next step in our national recovery story. It is designed to help businesses which haven’t reopened yet and those struggling to do so. We have listened to businesses and responded with a package of scale and speed to meet their most immediate needs. Our main objective is to save jobs and create new ones."