The Book Shelf: Five new books to read this week

This week's bookcase includes reviews of Out of Time, Small Pleasures and more 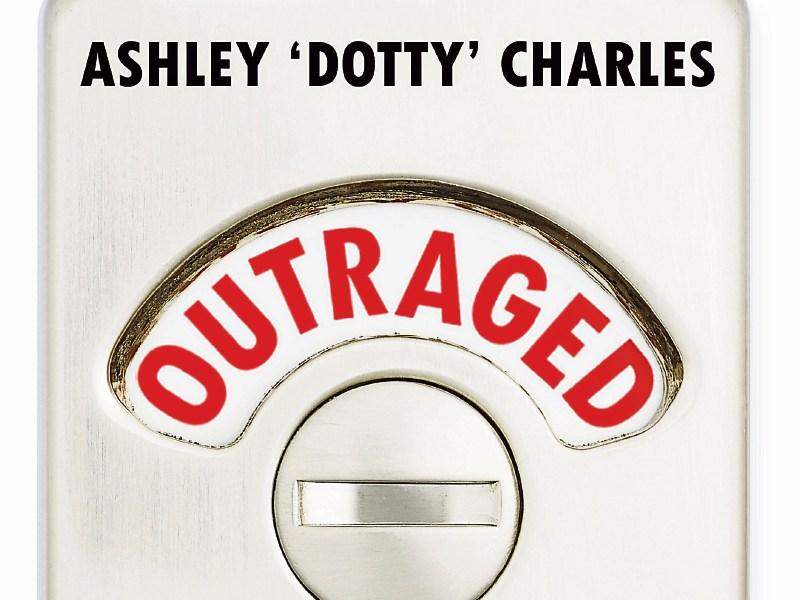 Outraged: Why Everyone Is Shouting And No One Is Talking

1. The Shelf by Helly Acton is published in hardback by Zaffre. Available now

Everyone in Amy’s life seems to be getting married, and she feels like she’s falling behind. Her dream of a surprise holiday, where her boyfriend is going to propose, quickly turns into a nightmare when she finds herself brutally dumped on live TV for a new reality show called ‘The Shelf’. Along with five other women, she must compete in a series of humiliating tasks, with the hope of being crowned ‘The Keeper’ and winning a million dollars. Funny, feminist and utterly addictive, this is the kind of novel you will race through in one sitting. The Shelf is Love Island meets Bridget Jones, with a relatable story and a group of highly engaging female characters. The plot is original and fresh, and plays on some of the best and worst facets of reality TV. A perfect heart-warming read for this summer.

2. Small Pleasures by Clare Chambers is published in hardback by W&N. Available now

Set in 1957, Small Pleasures follows Jean, a reporter for the North Kent Echo, who is tasked with investigating a rather unlikely claim – a woman who believes her 10-year daughter was the result of a virgin birth.

Following up on the story, Jean discovers an unlikely friendship in the sensible Gretchen and finds herself increasingly absorbed in her life and family, including Gretchen’s ‘miracle’ daughter and husband Howard. However, when Jean begins to develop romantic feelings for Gretchen’s husband, her relationship with the family becomes more complicated. As she continues to delve further into the tangled web of Gretchen’s past, Jean discovers that love and loyalty come at a higher price than she could ever have imagined. Part mystery, part love story, part reflection on changing attitudes to sexuality in post-war Britain, Small Pleasures is a disarmingly gentle read that quietly builds to a devastating conclusion.

3. Out Of Time by David Klass is published in paperback by Penguin. Available now

Inspired by conversations with his teenage daughter about climate change, David Klass’ political crime thriller perches on a precipice of global environmental destruction beyond repair.

Out Of Time cleverly positions political and environmental issues alongside the need for change, championing the cause as well as demonstrating the power of consequences. Instead of the rigid traditionalism that law enforcement and politicians are doing the right thing, Klass’ good guys vs bad guys trope is completely fluid: Green Man the eco-terrorist is both heroic climate change activist and extremist criminal, while his targets – including a huge oil field and man-made dam – represent both victim and major environmental threat.

A dual-narrative switching between Green Man and young FBI computer analyst, Tom Smith, gives us insight into both sides of the story and Klass’ easy writing style lopes along nicely. However, the overall impact and intensity of the novel is diluted by superfluous plot lines and cliché-filled language, despite an unpredictable ending.

4. Outraged: Why Everyone is Shouting and No One is Talking by Ashley ‘Dotty’ Charles is published in hardback by Bloomsbury Circus. Available now

Broadcaster Ashley ‘Dotty’ Charles was directed by a Twitter mob to be outraged after the retailer H&M put a black child in a hoodie emblazoned with the phrase: ‘Coolest monkey in the jungle’. But she couldn’t quite see the point of being enraged by such a “clumsy marketing technique”.

She wrote an opinion piece for the Guardian, tagged: “As a black, gay woman I have to be selective in my outrage. So should you.” From that article springs this smart and timely manifesto for surviving the age of rage. Her thesis is that outrage was once reserved for deeply serious matters, not Jamie Oliver’s jerk rice or other fleeting causes. Being permanently furious about nothing much allows us to forget to be angry about something deserving of our anger. Punchy, amusing, smartly written and worthy of a good tweet, perhaps.

5. The Great Godden by Meg Rosoff is published in hardback by Bloomsbury YA. Available now

Meg Rosoff returns with another astute and alluring YA tale, filled with intrigue, and the agony and humiliation of love. Our narrator and her family are set to spend the long, languorous summer at their ramshackle beach house, reading, boating, sunbathing and playing tennis, alongside their dad’s younger cousin Hope and her boyfriend Mal, who are staying 100m down the beach and planning their wedding.

Then Kit and Hugo Godden arrive, shattering the peace; one by being wildly good looking and charming, the other by being thoroughly offish, and soon it becomes apparent they might just ruin everything. The Great Godden is totally absorbing, be it in describing sibling hostility, or the effort required to conceal your feelings. Rosoff perfectly captures the endlessness of summer, and the prickling uneasiness of desire when it’s tangled up in hope. The dialogue stings with sharpness and truth, and the pace of it is electric. It’s really quite scintillating.

1. Why I’m No Longer Talking To White People About Race by Reni Eddo-Lodge

2. The Lighthouse by PD James

4. Farewell My Lovely by Raymond Chandler

6. Where The Crawdads Sing by Delia Owens

9. The Silent Wife by Karin Slaughter