Looking ahead: Townscape set to change in this decade 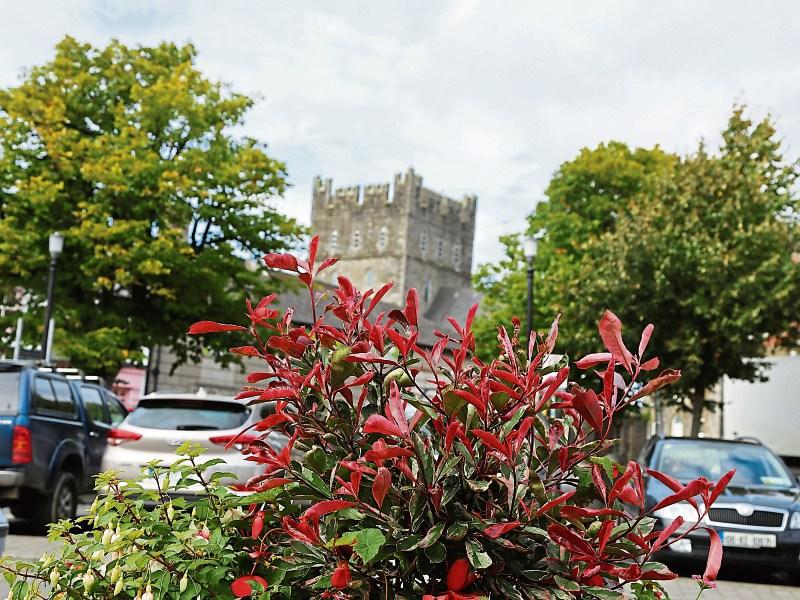 The Mayor of County Kildare, Cllr Mark Stafford, says there are major changes for Kildare town between now and 2025.

Cllr Stafford, a solicitor, has offices in both Bride Street, Kildare town, and in Rathangan. Last year’s Mayor of the Kildare Newbridge Municipal District, he took the chain of office as county Mayor last month. He outlined the many changes that are in store for the town over the coming five years.

Kildare is earmarked for 1,000 additional homes by 2025, and Mayor Stafford says that this growth is due to the fact that the town already has a reliable rail network.

Resurfacing works are also currently underway at Academy Street in the town.

Mayor Stafford said: “It is being resurfaced with very wide footpaths and road being narrowed. The emphasis is on making it a much more pedestrian friendly zone.”

He said: “It is important to make towns and villages safe, we are looking at traffic, keeping cars off the road, creating more cycle ways and pedestrian ways.”

Retaining the architecture of Kildare town will be important, despite all the changes coming down the line.

“It is very important that we retain the architecture and structure of Kildare town, it is an ancient walled town. In 2023, we will be celebrating an important anniversary for St Brigid.”

The 1,500th anniversary of the county’s patron saint, who is venerated at St Brigid’s Well just outside Kildare town, will take place that year. Efforts are already underway to bring relics of the saint back to the Lilywhite county, and the town where she established her monastery, for those celebrations.

“We must make Kildare town an inviting place, particularly in tourism,” added Cllr Stafford. “There is great synergy between Kildare town and the National Stud and the Curragh Racecourse.”

For 2025 and beyond, Cllr Stafford hopes to see the development of Magee Barracks and he hopes to see more cohesive structural links between Kildare Village and Kildare town.

He said: “We want to optimise the connection between the Village and Kildare town, to tap into and compliment the Village.”

Mayor Stafford says that there are very exciting projects ahead for Kildare town.

He said: “Another exciting long term project is the development of the Cherry Avenue site, it will be of huge benefit to the local area and for visitors, and to compliment the National Stud and the Cathedral.”

The site, which was the original access point to the National Stud, now belongs to Kildare County Council, and plans are afoot to develop it into a park with family and recreational amenities.

Mayor Stafford said: “It is being developed in stages, the first stage is to open it as a walk for residents of Kildare town, and ultimately for it to be a living bridge crossing the motorway, linking Kildare town.”

He says that there is still uncertainty surrounding what is being proposed for Magee Barracks, which has been idle for many years.

However, there is certainty that Kildare town is in for a lot of changes between now and 2025. He said: “There are a lot of changes. The focus is to develop the Market Square, opening up the Square as a public realm, used for walking.”

Because of Covid-19 changes, people will be eating out and socialising more outdoors, and awnings and canopies will be more of a feature of the local streetscape. He said: “The Local Enterprise is looking at issues that could arise during bad weather, at least that customers can queue outside, and be dry.”

There will be lots more houses built in Kildare town by 2025, mainly at South Green Road, with 800 or more homes proposed.

Developing and retaining infrastructure around that will be a key part of the challenges, to ensure that Kildare town retains the character and heritage that its residents love so well.