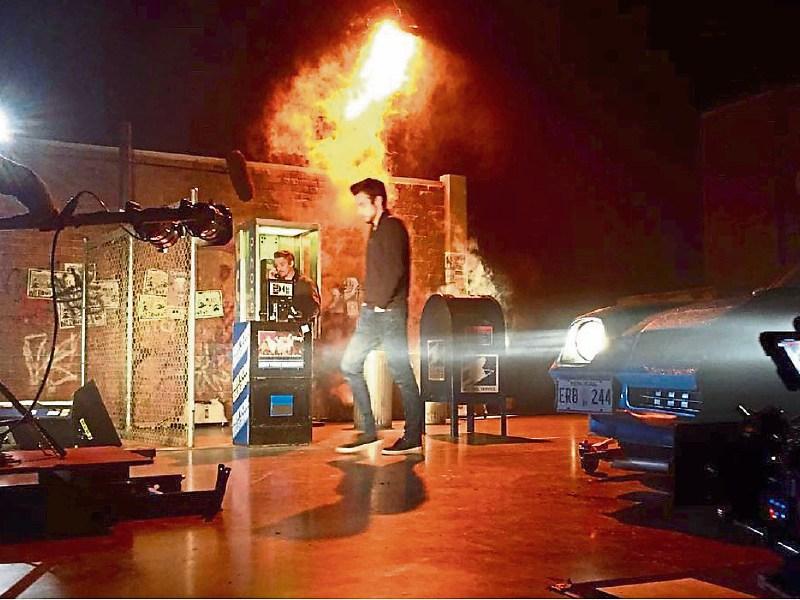 Jordan Lawlor on the set of Warner Brothers' Frequency

A young man from Sallins who is working in the film business is now planning a move to LA soon.

Jordan Lawlor, who has been living in Vancouver for the past four years, wants to base himself in the home of movies next year.

He said: “I have been working in the film business in Canada since I moved here in 2016 and I have to say it has been very exciting.

“I am planning a move to Los Angeles in 2021 to further my career and climb the major film studio ladder.

“Currently, I am working on a new show from horror writer/director Mike Flanagan who created The Haunting of Hill House on Netflix.”

When he first moved to Vancouver he got a job with Amazon Studios before taking up a role with the Disney ABC Television Group.

He also had stints with ABC Studios and Marvel Studios before being recruited as a producer’s assistant with Netflix.

He later obtained a Certificate in Business and Information Technology at Piper’s Hill College in Naas.

Jordan is now finalising his US visa for the move to LA. He said: “I have formed relationships with some very interesting people that have been working in Hollywood for the past 30 years.

“My position has given me a front row seat to what goes on in major studio productions from the moment we get a script to the finished product airing on television.

“The industry in Ireland is definitely getting bigger.”

Jordan also believes that his home country is very attractive to film makers for its unique scenery as well as tax incentives offered by the government.

He explained: "From talking to producers and directors in LA and Vancouver, there is a also a big desire to shoot in Ireland.”

If you're from Kildare and living abroad, and would like to share your experience with our readers, please email editor@leinsterleader.ie