New Aldi supermarket in Newbridge set to open in March 2021 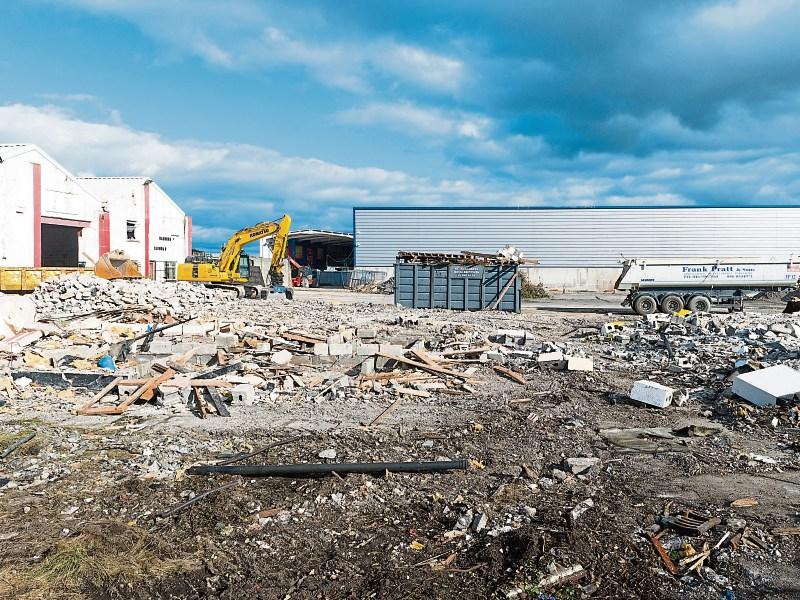 Works underway on the site of the new Aldi in Newbridge. Picture: Martin Connelly

The first ever Aldi in Newbridge could be open for customers as early as next March.

Work is already underway for several weeks to clear the site on the Moorefield Road, including the demolition of two boarded-up houses.

According to documents submitted to Kildare Co Council, a nine-month build is scheduled to have a finish date of March 1, 2021.

So customers are expected to be welcomed through the doors of the €1.2m premises in the days afterwards. Recruitment to fill positions at the new foodstore will begin early next year.

The German discount supermarket will offer more choice to local shoppers who can already choose between Dunnes Stores, Tesco, SuperValu and Lidl as well as independent grocers.

The project is the culmination of several years of efforts in the planning process. A number of sites had been identified over the past 15 years but the foodstore chain was hit by stumbling blocks each time.

The 0.5 hectare site off Edward Street and beside Gandouge Lane backs onto DID Electrical.

The single storey discount food store and off licence will have a gross floor area of 1,585sq.m and will include new pedestrian and vehicle access from Edward Street.

A car park will fit 80 vehicles and include 10 bicycle spaces.