'We'll stay together,' The 2 Johnnies tell fans they won't go the way of D'Unbelieveables 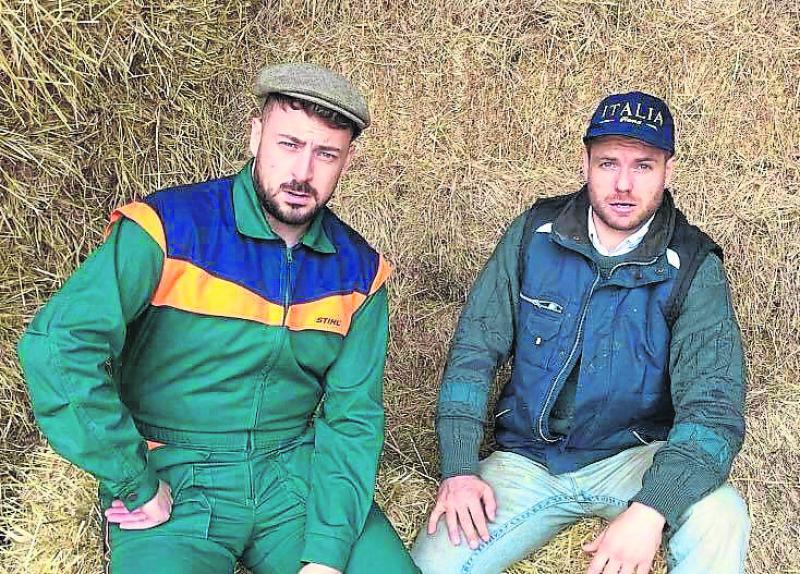 It’s all go for comedy duo The 2 Johnnies as they emerge from the lockdown with a new single to shout about as they also promise fans they won’t go the way of D’Unbelieveables.

The new song is a result of three months of lockdown and a period of universal boredom that the pandemic inflicted. The comedy duo - hailing from Cahir and Roscrea - had their summer plans interrupted with a postponed Easter Tour and cancellations of major festivals such as Sea Sessions.

“Like most businesses we had to think of new ways of doing things and making content,” said Roscrea native Johnny ‘Smacks’ McMahon.

Alongside their smash hit podcast, first launched in 2018, they are now also producing another for Patreon, a subscription- based service.

This new venture has allowed the act to produce extra subscription based podcasts which are now available to their loyal fans.

“We’ve really enjoyed making this as we can do everything from our studio in Cahir so we don’t really have to leave Tipperary,” said one half of the hit making duo in conversation over Zoom.

The podcast came from Johnny Smacks listening to podcasts and believing that himself and Johnny O’Brien’s - also known as Johnny B - conversations in the car between gigs would produce a brilliant listen.

Through adding structure and attaining RTÉ producer, Maura Fay, the pair produced a winning formula which has resulted in their reign in the charts with 127 weeks at Number One.

The podcast has become a worldwide success with their chats reaching across the globe, particularly in America and Australia where they have performed sold-out shows.

“It’s mad to think people get us, particularly the fans who have no link to Ireland. We receive messages from them saying they don’t really get it- but it’s funny anyway.”

The podcast has been feeding other avenues for The 2 Johnnies’ careers with all their “shows” conveying their trademark comedic turn on things.

Memorable guests include Dáithi O’Shea who had reams of stories, providing a totally different dimension to his well-known persona.

GAA legend Marty Morrisey featured in the act’s live show in Galway. The sports presenter evoked a raucous reaction from an infatuated crowd.

“All the guests we get we try and get something else out of them you wouldn’t get on a chat show. We try and draw them out of their comfort zone to get a bit of craic out of them,” said Johnny Smacks.

The lads’ next venture is into TV, with their filming in America cut short due to Covid-19. Despite having so many aspects to their career, they don’t prioritise any format over the other.

“We both enjoy our music shows and podcast shows which are both two very different kinds of fun. Everything is constantly changing which is nice as we never get bored,” Johnny Smacks added.

On YouTube, their channel has accumulated over 30 million views and features many popular comedy sketches, leading to viewers drawing comparisons to the iconic act of Jon Kenny and Pat Shortt as D’Unbelievables.

“It’s so flattering as we’ve all grown up watching them and they’ve definitely influenced us,” said Johnny McMahon. “That said, we’ll certainly stay together!” While Covid has put plans for a World Tour on hold, their new travel-based show will be on screens this September.

While TV provides a new and exciting territory for the I’ll be Grand singers, they still have their sights set on maintaining their beloved podcast.

They also have new singles in the pipeline, the first of which is Dancing in My Kitchen, due to be released on Thursday, July 30.

“We might be film stars yet, who knows,” quipped Johnny Smacks. “Hollywood, here we come!”

Between the constant innovation and winning formula of the ambitious team fuelled by their dedicated worldwide fanbase, the lads look set to conquer whatever ambition they reach for next.

Check out The 2 Johnnies’ latest single on Spotify or iTunes when it’s released this week.