Long wait: ‘If you get my leg sorted, that is all I want,’ says Marie McDermott 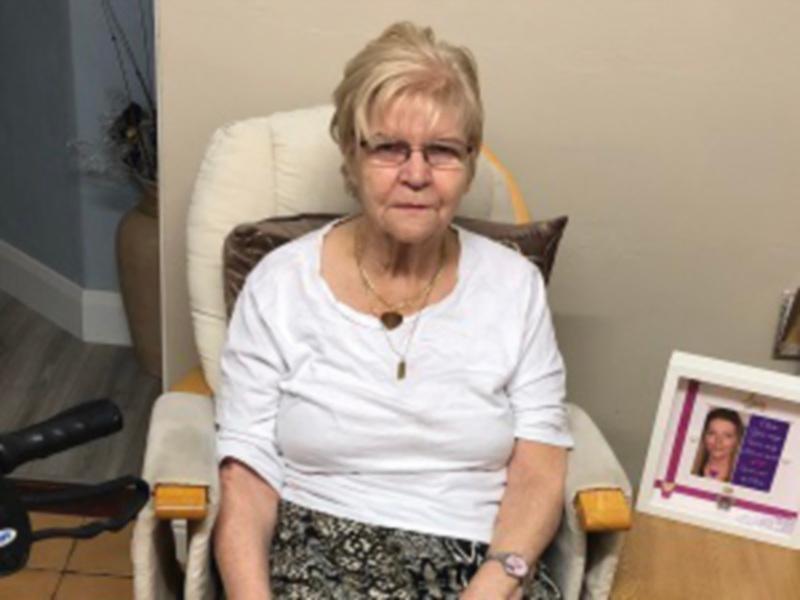 A Newbridge woman waiting two years to get her leg amputated is now part of a fundraising campaign set up by family and friends in a bid to get her private care.

Marie McDermott (70), a resident of Piercetown, has osteoporosis and following a fall is in need of a leg amputation.

The Newbridge pensioner wants to get a prosthetic leg and has been fitted at Cappagh, the National Orthapedic Hospital. Following a fall two years ago, Marie then went to have a knee replacement, approximately 12 months ago, but this has been unsuccessful. She now has an obvious open wound, which either her daughter or herself are regularly dressing at home.

Her daughter Ellen McDermott said: “We don’t want the excuse of a hospital being busy, she is in so much pain. She is on a walker frame, hopping on one leg and trying to push with her shoulder.”

She said: “She just wants the operation done, she is so much pain. She says, ‘you could offer me a million euros, but if you get my leg sorted, that is all I want’.”

Following a recent fall, Marie’s leg is swollen and despite a long wait at Tallaght Accident & Emergency, she has not been admitted to hospital.

Ellen says that the metal on her knee is wide open, she is having to dress the wound a few times a day.

Marie’s daughter, who is also her carer, says that sometimes the wound needs to be changed four times a day. She says that a nurse calls once a week to assist in changing the dressing.

Ellen says that even the effort of her going to a hospital appointment is now very difficult as she needs to be lifted. She said that on going to bed, last Friday, the walking frame slipped, and Marie went to grab it, and fell.

Ellen said: “We have not been given any concrete information.”

She says that Tallaght Hospital has been sending out appointments but they have been cancelled.

Ellen said that her mother was ‘screaming in pain’ last Friday week, after being sent home. She says that her mother should get private care as her condition could be life threatening. 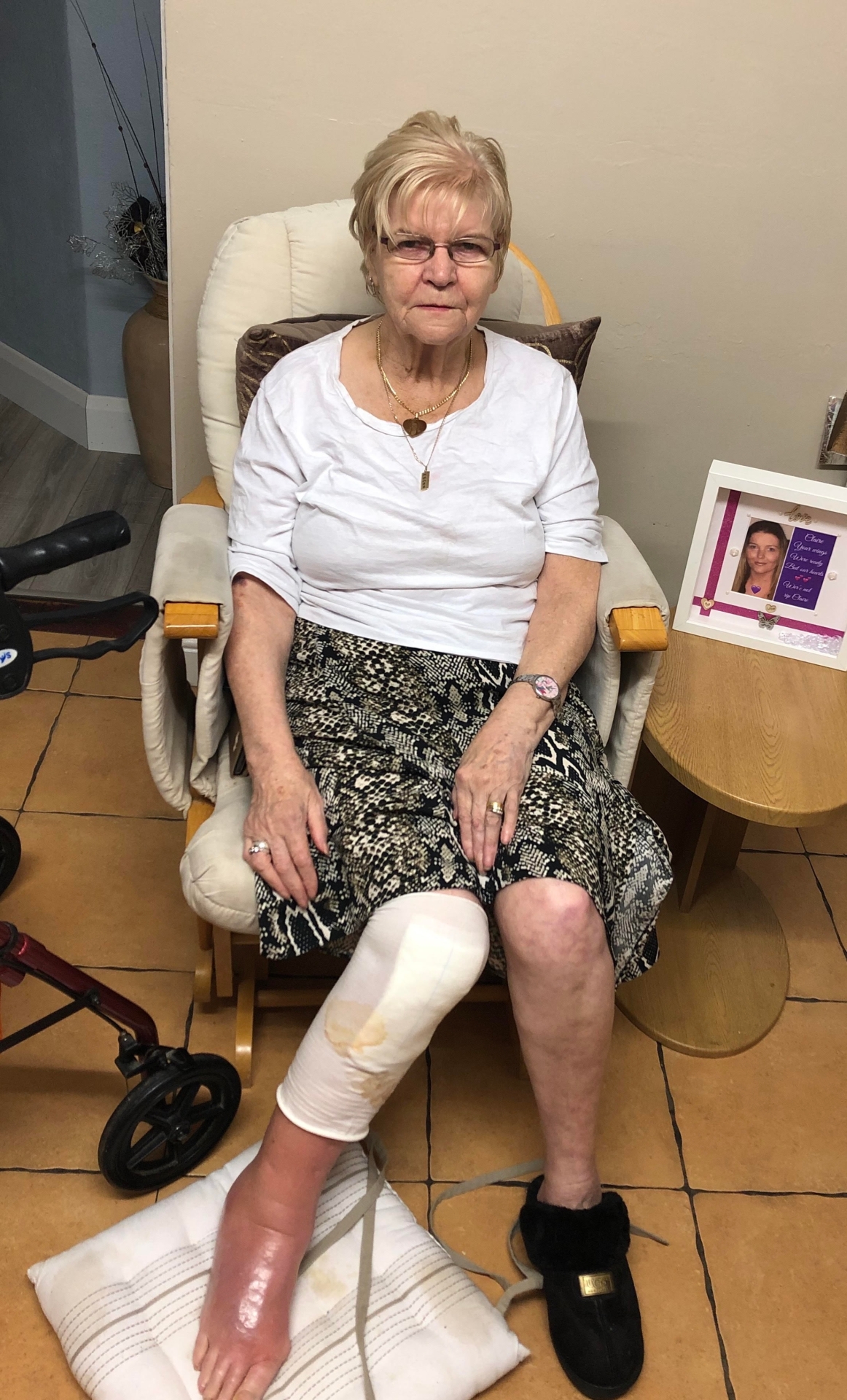 Ellen said: “We feel the only way forward is to get this all done privately so we can end her suffering once and for all. No human should have to live like this. We are hoping to raise enough money to get Marie the care she needs and to get her leg sorted once and for all.”

Her daughter said: “We have the worry of the virus, and then the worry if she gets sepsis. She would like to go to Cappagh as they do aftercare. If she had to stay in for a month, and everything was done — they are private, we want her to get treated. She is in agony. Hopping on one leg is not helping her arthritis.

“Before she fell, she was very active, she was always up and down to the shopping centre, up and down to Dublin on the train, but over the past two years she hasn’t been able to get out and about.”

The Gofundme.com page — Private Care for Marie McDermott, set up online by close friends and family of the popular pensioner — is hoping to raise approximately €20,000, which they hope will cover the cost of the operation and then her rehabilitation afterwards. So far, over €8,000 has been donated.

Ellen is very concerned for her mother as they also lost a close family member earlier this year.

They are frustrated that her issues since the knee replacement have not been rectified by Tallaght Hospital, and annoyed that she was not admitted last week.

Deputy Ryan said: “The waiting list nationally is too long, we are coming across more people waiting. There are people waiting for cancer treatment. I have not come across anything as severe as Marie McDermott’s open wound, she must be in awful pain. I am shocked.”

According to Deputy Ryan, a significant amount of elderly people are waiting for treatment, including cancer care, since the onset of Covid. She said: “I am horrified that Marie McDermott is waiting this long, she is high risk. I am afraid she will get gangrene.”