Newbridge mum says future is 'bright' for son with Down Syndrome 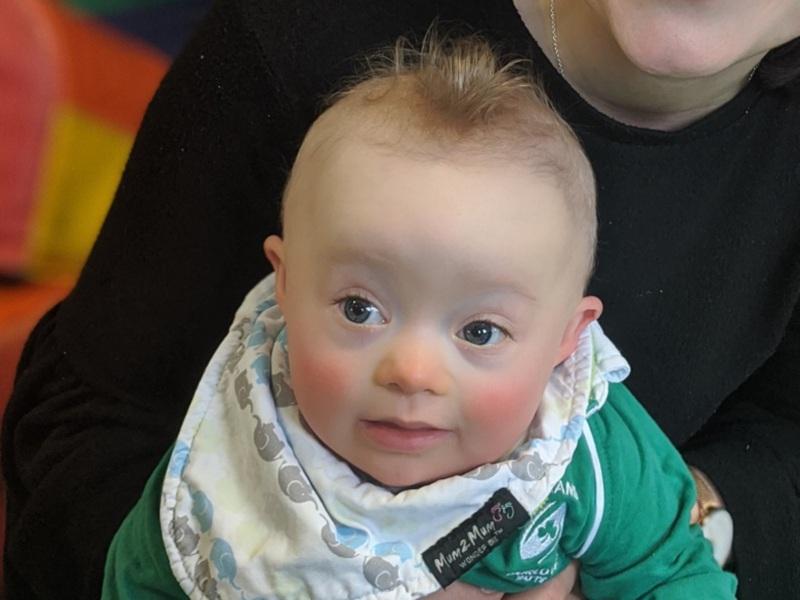 A Newbridge toddler, who is widely adored by all who know him, is part of a Down Syndrome Ireland fundraising initiative to set up a specialised feeding programme.

Marie Brennan is the busy mother of Doireann (5), Róise (3), and twins Conn and Rúairí (17 months). In January 2019, Conn and Rúairí were born at The Coombe. Conn was born first and then Rúairí, and it was after this arrival that Marie’s husband, Gary, was informed that Conn had Down Syndrome. Despite Marie getting scans for the last 10 weeks of pregnancy, they had not had been given any indication that Conn had Down Syndrome.

Ms Brennan, a communications manager, said: “It is a part of him but it is certainly not something that defines him.”

He loves music, football, food and playing with his brother and sisters, and going for walks in The Curragh. His mother has gained a qualification in Lámh sign language, so he enjoys learning to sing and communicate this way.

Ms Brennan said: “Conn is a joy.” She says that his first word was ‘bubble’, and that he is now cruising along the floor and getting prepared for walking. He exercises daily with physio for his balance, and is getting ready for standing.

However, last February, Conn was admitted to hospital for a week with Respiratoy Syncytical Virus ( RSV). An early years worker at Down Syndrome Ireland informed the Brennan family that Conn’s chest infections were being caused by water and food — essentially weaning. 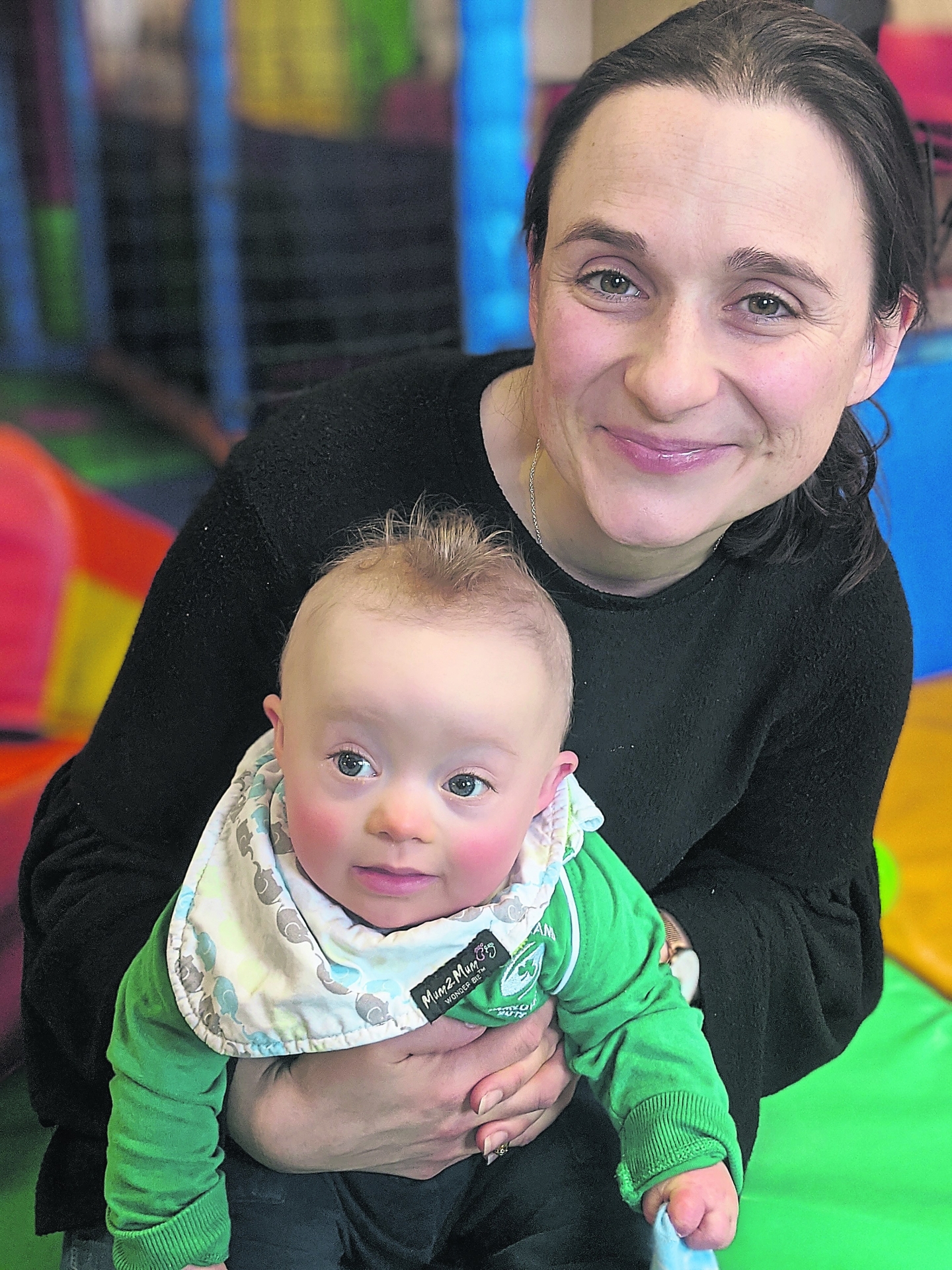 Marie Brennan and her son Conn

Funds raised by the Woodie’s Heroes Campaign will help babies and toddlers who have feeding difficulties. It is hoped to raise €35,000, providing training and workshops to staff and parents, as part of Down Syndrome Ireland.

Conn’s mother said: “He is silently aspirating, you need the x-ray to diagnose this. Down Syndrome Ireland spotted it when he was nine months, he was diagnosed at the start of February. It can cause chest infections, pneumonia and permanent scarring of the lungs, Conn is on a diet of puree and breast milk. It was during the weaning process that it became an issue.”

Now Conn is improving very well, and is not getting any chest infections.

A breast milk diet assists with his swallowing, and while he is improving very well, Ms Brennan hopes that the feeding programme will be available for all babies and toddlers with feeding difficulties.

She said: “Down Syndrome Ireland will prepare the feeding programme. There will be workshops on feeding and techniques. There are special techniques so that the mouth is being cleared. He might not even need it that much, or it is good for babies being weaned off feeding tubes. Even though he is aspirating, we are managing it very well.”

Up to 90% of children with neurodevelopmental disorders such as Down Syndrome experience signs of dysphagia including coughing, choking, chest infections, poor weight gain and breathlessness, often from birth or early infancy. The provision of feeding workshops to parents and professionals is essential to ensure the early identification of dysphagia.

Woodie’s Heroes Fundraising campaign, in its sixth year, is encouraging people to walk or run for charity. To donate drop into Woodie’s, or donate online.