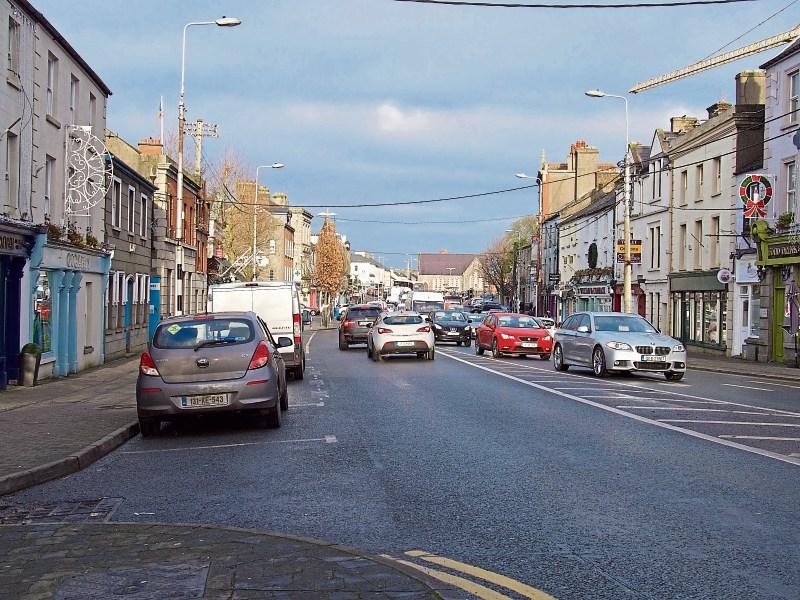 Any change in the amount of time allowed to motorists to park on the main street in Naas cannot happen before parking bye laws are reviewed again.

A move to increase the amount of time people can park without buying a ticket — and the time allowed for free after the ticket expires — came unstuck at a Naas Municipal District meeting.

A related motion by Cllr Carmel Kelly sought to have APCOA, the parking rules administrator, put tickets on all parking ticket machines to let the public know that the there is a 30 minutes grace period.

Cllr Sammon said there are no signs indicating the existence of the 30 minutes grace period.

Cllr Kelly said people are not aware of the grace period and “nobody is willing to take a chance”.

A proposal to allow people to park in the town centre for two hours instead of one was put forward during the meeting but this was also ruled out because of the need to amend bye laws.

The meeting also heard that the council is consulting with some businesses in the town about allowing them to put chairs and tables on footpaths in some cases, because of the effect of Covid-19

A report provided by KCC official Gerry Halton said it should not be extended further adding “it should be noted that an observation period is only for the purpose of giving time to the motorist to get change for the parking machine if required.”

He also said extending the observation period would have a significant negative impact on business and motorists.

He further said the proposal also contravenes policy which is to “provide a professional and consistent parking management service for the benefit of its citizens and visitors to the county.”

KCC official Mairead Hunt said an extension of time allowed would necessitate a bye laws review and these can only happen at fixed periods.

KCC also believes there would be a financial implication associated with the proposed change. It will consider providing stickers for the machines.