Local history: Tans and Auxies meant a summer of mayhem in 1920s Ireland 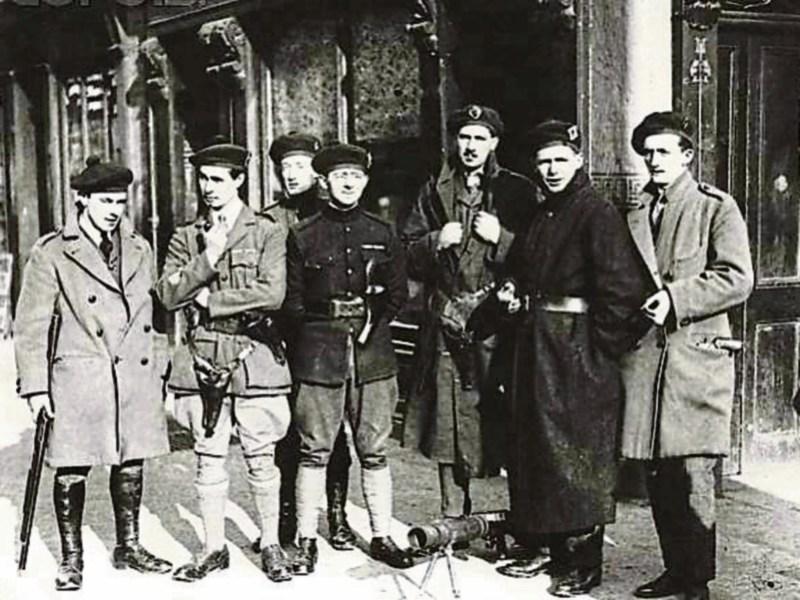 On July 27, 1920 the first British recruits arrived in Ireland to join the Royal Irish Constabulary’s newly formed Auxiliary Division. Their role, along with the Black and Tans, was to help the RIC maintain control of the countryside and conduct counter-insurgency operations against the Irish Republican Army.

The two paramilitary groups are often confused with each other, as both the Black and Tans and the Auxiliaries shared similar types of uniforms, a mix of RIC dark bottle green and British Army khaki. However, the Auxiliaries were distinguished by their distinctive tam-o’-shanter caps.

At a pay rate of £1 a day (twice what a constable received), plus cost-of-living expenses, the Auxiliary Cadets were the highest paid policemen in the world. (Black and Tans were paid £3 10 shillings a week, with allowances.) About 2,100 were recruited, all of them ex-officers with war experience. At least 182 Auxiliary Cadets were Irishmen with the majority coming from Ulster, 73, and Leinster, 71.

They were barracked first at the Curragh Camp — where they received a six-week training course – and later at Beggars Bush Barracks, Dublin. In military terms, they were regarded as an elite force and were much more feared than the Black and Tans.

The Auxies, as they became known, were divided into Companies stationed in Dublin, and mainly in southern Ireland where the IRA was most active.

The arrival of the Black and Tans and Auxiliaries escalated the violence, and the year 1920 was marked by further repressive measures and by killings and atrocities which caused widespread public outrage and revulsion against the British government.

On July 11, 1920, the first ‘Black and Tan’ to be killed in the War of Independence, Alexander Will, from Forfar, Scotland, died from wounds inflicted from a grenade blast during an IRA attack on Rathmore Barracks in Kerry. Earlier, on June 19, Lieutenant-Colonel Gerard Bryce Ferguson Smyth, Divisional Commander for Munster, a one-armed veteran of the Great War, had delivered a controversial speech to 14 constables who lined up in front of him in the day-room of Listowel police barracks:

“Sinn Féin has had all the sport up to the present and we are going to have the sport now… I am promised as many troops from England as I require, thousands are coming daily. I am getting 7,000 police from England… Police and military will patrol the country at least five nights a week. They are not to confine themselves to the main roads but take across the country, lie in ambush, and when civilians are seen approaching shout ‘Hands up.’ Should the order not be immediately obeyed, shoot, and shoot with effect.

“If persons approaching carry their hands in their pockets and are in any way suspicious looking, shoot them down… We want your assistance in carrying out this scheme and wiping out Sinn Féin.”

Constable Jeremiah Mee spoke for the men and replied: “By your accent, I take it you are an Englishman and in your ignorance you forget you are addressing Irishman”.

In a gesture of contempt, Mee took off his cap, belt and sidearm, and laying them on a table said: “These too, are English. Take them!” The men stormed out and Smyth and his entourage left.

One of the Listowel ‘mutineers’ was a Kildare native, Constable Joseph Downey.

A little later, there was a similar scene in Killarney RIC barracks. Commissioner Smyth informed the constables there of a new freedom. Hitherto, facilities had been given for an inquiry when the RIC killed a man, he said.

Henceforward, no such facilities would be provided and no such policemen would be held up to public odium by being pilloried before a Coroner’s jury.

Further, when a police patrol saw coming along a road a Sinn Féiner whom they suspected of intent to attack them, they were to get in the first shot and there would be no further questions asked.

Smyth’s words caused great controversy and there were awkward questions for the Chief Secretary, Sir Hamar Greenwood, in the House of Commons.

Greenwood denied that Commissioner Smyth had ever used such words. What he had said had been twisted entirely out of its true meaning. The Munster IRA were sure of what Smyth had said, and made plans to assassinate him.

Three volunteers guarded the entrance, while three others went upstairs. The volunteers were not masked and one, walking over to Smyth, asked: “Were not your orders to shoot at sight? Well, you are in sight now, so prepare”.

As Smyth jumped up and reached for his gun, two bullets struck him in the head killing him instantly. He was also hit in the body. Several more bullets missed, one hitting Inspector Craig in the leg, though not seriously.

The police and military were quickly on the scene, but the volunteers had escaped. George Craig survived, was pensioned off in 1922 and died in 1956.

Later that night, soldiers and Black and Tans raced through the streets of Cork, firing in all directions as they went.

An IRA volunteer, James Bourke, who was an ex-British soldier, was shot dead, and over 20 other local citizens were injured. Eighteen jurors were called to Smyth’s inquest the next day, but only nine appeared.

After several hours delay and unable to swear in a jury the inquest was abandoned by the Coroner.

Smyth’s remains were brought by train to Dublin and then on to Belfast and conveyed to the residence of a relative at Banbridge, Co. Down.

His funeral on July 21, 1920, was of a most impressive character, with the Union Jack draped coffin conveyed on a gun carriage, preceded by a military firing party. A detachment of 100 men of the Norfolk Regiment, with their band, and over 100 police, with their band, took part.

Later that evening loyalists attacked a nationalist owned premise and proceeded to the local linen factories where they demanded the expulsion of Catholic workers, stating that they would not work with them.

Rioting also erupted in Belfast which resulted in the deaths of seven civilians with nearly 100 wounded.

In retaliation the Dáil introduced a boycott on Belfast businesses and manufacturers.

A subsequent meeting of Naas traders called for in connection with the Belfast Boycott fell through because only two traders attended.