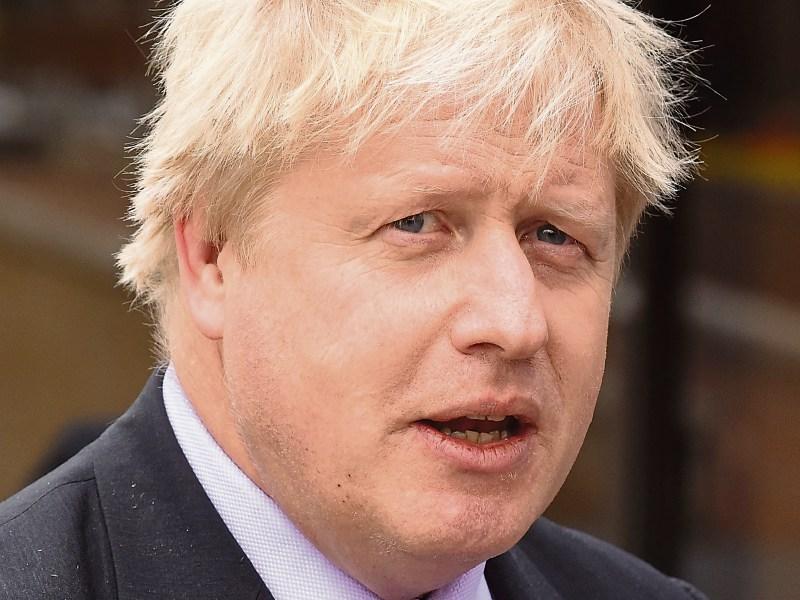 As I sit trying to write this, I’m peering over the screen at an unopened packet of custard creams — but inspired by Boris Johnson, of all people, I’m going to hold off and kick my biscuit habit to the curb.

You may turn your nose up at custard creams. They’re one of the cheapest biscuits on the market, but don’t judge them on price. They are still a luxury for those of us that grew up in the 80s and 90s, when Marietta and Rich tea biscuits were the standard tea dunker.

Dunnes Stores own brand custard creams are my favourite... and in the time it’s taken to write the last two sentences, I’m already three custard creams deep and now the bourbon cremes are staring at me.

But I think of the UK prime minister, and his advice — because Boris admits he was ‘too fat’. After requiring admission to ICU and the support of oxygen after he contracted Covid-19, Boris Johnson had a revelation — he was ‘way overweight’.

His experience has inspired him to develop an obesity strategy. He has warned Britons that after this ‘deadly wakeup call’ he realises that his obesity nearly doubled his risk of death from coronavirus.

The result is the UK government is asking overweight people to lose five pounds to save the NHS money and help lower the risk of dying due to Covid-19.

The HSE here in Ireland has supported these findings in a document written by Professor Donal O’Shea, which suggests there is ‘emerging evidence that obesity may be linked with Covid-19 disease severity’.

The experience of Italian doctors is that obesity is the most frequent co-morbidity in critical care where Covid-19 is concerned. In China, a small study found that the BMI of non-survivors was greater than 25 and was significantly higher than the BMI of covid survivors. In one critical care setting in the UK, over 70% of 775 individuals admitted to ICU with confirmed Covid-19 were overweight or obese.

The Irish Heart Foundation (IHF) wants the Irish government to follow the UK’s lead ‘through tough new action to tackle obesity that has been made more urgent than ever by evidence of a link to increased risk from Covid-19″’.

According to the HSE, six out of 10 adults in Ireland are overweight or obese. We are fat, and we’re getting fatter. Ireland will be the fattest country in Europe by 2025.

Projections from the World Health Organisation predict Ireland will possibly become the most obese nation in the world by 2030. The healthcare expenditure due to the overweight and obese populations in 2009 was estimated at €437 million for the Republic of Ireland and €127.41 million for Northern Ireland. Productivity lost due to overweight and obesity related health issues was up to €865 million for ROI and €362 million for NI, according to a 2015 study.

It seems it has taken the coronavirus pandemic to give us a wake up call.

But rather than increasing punitive ‘sugar taxes’ and penalising people financially for choosing unhealthy food and lifestyles, would it not be more effective to offer tax credits and incentives for people to be healthy?

Would it be more beneficial to introduce measures that are positive incentives rather than negative ones?

How about a tax credit for those with an appropriate body fat percentage and a body-mass index of less than 26? (A BMI of 30 or over is considered obese). Maybe a motivational tax credit rather than a tax on sugar may work better.

Positive financial incentives, eg subsidising the price of participation in activities, could potentially lead to an increase in quantity of physical activity in all populations regardless of age. The best way for the Irish government to help the struggling health system that is facing into a potential second wave of coronavirus is for fewer people to need its services!

The reality is that an increase of the sugar tax may result in an initial reduction in consumption of sweets, fizzy drinks and junk food, but unless the sugar taxes raised are redirected to fund positive incentives to increase physical activity and healthy options, we will remain on target to be the one of the fattest nations in the world, with a health system clogged with obesity related issues.

Runners and joggers have always been concerned with weight. For many like me, it is one of the many reasons to start jogging. Unfortunately, like many amateur enthusiasts, I’m pretty sure my physique may never resemble that of the elite runners.

Unfortunately a strong correlation between running speed and the body mass index (BMI) has long been established. Body mass index (BMI) is calculated as body mass divided by the square of the body height. A BMI of 25 or greater is considered overweight, and a BMI higher than 30 is considered obese. It must, however, be noted that BMI does not account for body composition (percentage of fat versus muscle) which is a much better indicator of fitness and fatness. So in order to become a quicker runner, it is necessary to be lighter.

But as I dunked my fourth custard cream into my cooling coffee, I came across some reassuring research. Even though biscuits may slow me down, if I continue to run I will maintain my physical fitness levels.

This appears to be the most important factor in maintaining health and preventing not only cardiovascular diseases — the main cause of death in the developed world — but also my ability to fight off Covid-19 .

Ideally we should aim to be both lean and fit, but it is still safer from a health perspective to be fit and fat rather than skinny and out of shape.

So feeling justified, I move on to my fifth custard cream, happy that I will never sacrifice biscuits. There is so much more to life and so many biscuits to taste.