New novel: Hazel Gaynor’s book The Bird in the Bamboo Cage tells the tale of a group of schoolchildren who were interned, along with their teachers, in China after the bombing of Pearl Harbour 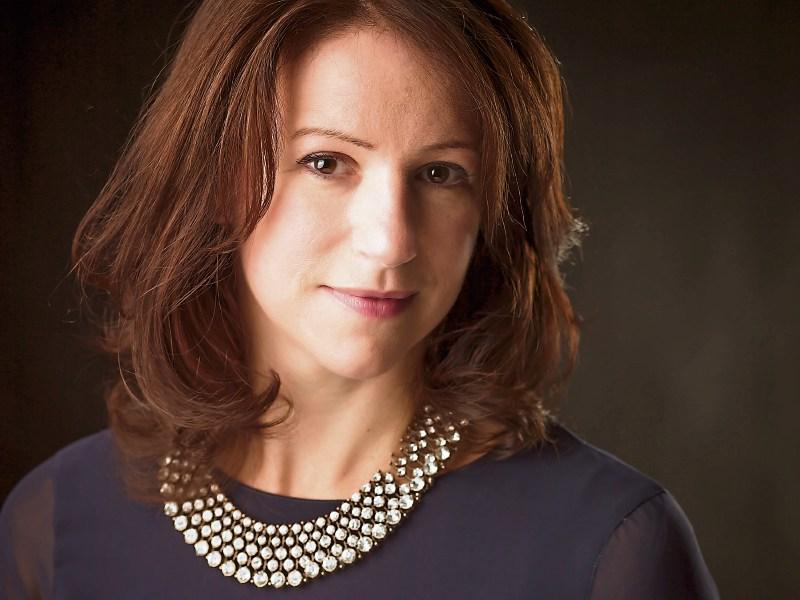 Bestselling Kildare author Hazel Gaynor’s new book is a story of hope and friendship set during World War II — but with a twist for most Irish readers.

While many are familiar with war stories set in Europe, The Bird in the Bamboo Cage, which is out on August 20, tells a tale of an imprisoned school of young children and their teachers in China as the war rages in the Pacific.

Fascinatingly, while Hazel has created a fictional cast of characters for her novel, the Chefoo School in Shandong province, Northern China actually existed — as did the horrors and deprivations staff and children went through when they were interned by the Japanese during the war years.

Yorkshire-born Hazel lives in Calverstown with her husband and two teenage sons. She is the author of several acclaimed and bestselling novels, including A Memory of Violets; The Girl Who Came Home — A Novel of the Titanic, for which she received the 2015 RNA Historical Novel of the Year award; The Girl from The Savoy and last year’s The Lighthouse Keeper’s Daughter. She also co-writes with American novelist Heather Webb — their most recent work Meet Me In Monaco was shortlisted for the RNA Historical Novel of the Year 2020.

Hazel describes getting ‘goosebumps’ the first time she heard of the story of Chefoo School, while listening to an American podcast. A firm believer that the story finds the writer, rather than the other way around, she was determined to bring this little-known part of history to a wider audience.

“The story revolves around a group of schoolchildren, namely British, American and European schoolchildren who were attending boarding school in China. They and their teachers, a group of around 120 of them in total, were taken to an internment camp by the Japanese army following the bombing of Pearl Harbour in December 1941,” she said.

This group of relatively privileged children — the sons and daughters of missionaries and diplomats — were separated from their parents and interned under the care of their teachers for several years. Some of the youngsters were only five years old. Others spent much of their teenage years in the camp.

“It was this astonishing part of the war that I hadn’t thought about,” said Hazel.

“Yet what I discovered when I learned more about this story is how incredibly resilient they were, how self-reliant and hopeful they were, and a lot of that came from being attached to the school.

“They were Brownie guides and Girl Guides, and a lot of the boys were Boy Scouts. A lot of those very practical skills that you learn really helped them maintain their sense of routine, and to help them cope in these horrific circumstances.”

The story has a wider historical basis than just one school — other children were caught up for the duration of the war, separated from their families, in camps across Singapore, Hong Kong, Malaysia and elsewhere.

“It was a very harrowing story to write, but also very hopeful and very uplifting in terms of the determination of the teachers to help guide the children through this.”

The Bird in the Bamboo Cage is told from two alternating viewpoints, that of 10-year-old Nancy Plummer and her teacher Elspeth Kent.

“The children are very innocent, but the adults know an awful lot more of what’s really going on and the dangers coming their way, but they are trying to shield the children from that. And my character Elspeth is initially resentful of that — she didn’t sign up to be a parent, she signed up to be a teacher. And then all of this extra responsibility and worry falls on the adults’ shoulders.”

Hazel’s research took her to London, where records of the real Chefoo School’s history are kept. There are also online testimonies available which were collected and curated by the real-life children who were caught up in the terrible events described in the novel.

“They were incredibly scarred by this, many of them in adult life still dealing with this sense of abandonment by their parents and this terror of what was lurking around the corner for five years. But they formed these amazing life long friendships with each other and their teachers and with the American soldiers who came to liberate them at the end of the war,” she said. 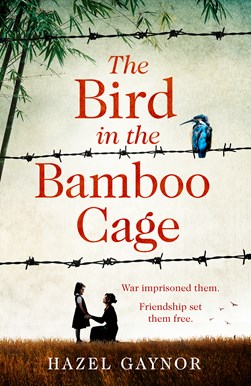 Hazel’s own work encompasses different settings and periods of history, from the sinking of the Titanic to the flapper days of the Savoy Hotel in the 1920s. Her interest in telling a story from World War II was sparked by a family story that fell into her lap.

Her great-uncle, Jack Elvidge, went missing in late 1942 while fighting in World War II. The family has a bundle of letters written by his desperate mother to her son between October and December that year. She didn’t know if he was alive or dead, but wrote to him of everyday life in Yorkshire “with the most heartbreaking sense of agony”, according to Hazel.

The letters were returned to sender , “marked ‘To Mother — unable to deliver, missing in action’, which is why they exist in the family,” said the writer, who was given the letters two years ago by her father. Jack was never heard from again, although in 2020 Hazel discovered that he is buried at a war grave in Tunisia, North Africa.

“When I read those I started to think about the war differently. It isn’t this distant black and white event that has nothing to do with me, this is part of my family’s history. This was a mother desperately trying to hear from her son, and as a mother myself I cannot even begin to imagine how that feels.

“War, we often think, is about battles and guns and bombs and tanks, and it really made me think about war from a very female point of view, actually, from the point of view of very ordinary people who suddenly find themselves in this extraordinary event, just like the children and the teachers in The Bird in the Bamboo Cage.”

A former Brownie herself, Hazel met with Brownies and Girl Guides in Newbridge shortly before the Covid-19 lockdown to talk about her life as a writer and the story of the Chefoo School children caught up in the war.

“It was a lovely moment of normality before our own life-changing event happened, when we all found ourselves separated from loved ones. It draws parallels with the events of some 75 years ago. The pandemic really has changed our lives dramatically. I think of my fictional children in the school in China — one day just skipping around, having fun, learning their Latin and maths, and the next day Japanese soldiers march into their school. That’s how quickly things change.”

Hazel spent the lockdown doing the final edits for this novel, and also working on a new collaboration with Heather Webb — “in fits and starts as she has a young family as well. I envy anyone who has managed to do anything of significance, it’s very much take each day as it comes and adapt.”

She is still intrigued by the World War II era and future novels may be set there.

“This was such a traumatic period for the people who lived through it that they didnt’ talk about it much afterwards. It tends to be only in later life, maybe when there’s an anniversary or commemorative events. We keep hearing incredible stories of bravery, heroism and hardship. I don’t think we’re anywhere near fully understanding what that event was like for people.”

The Bird in the Bamboo Cage, published by HarperCollins, is available on August 20