Singer progresses to the Battle rounds 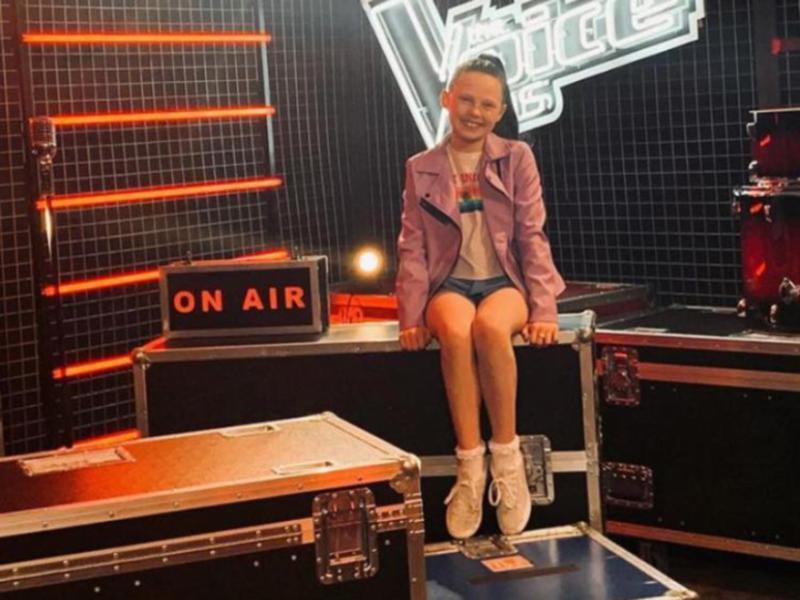 Newbridge celebrated the achievements of a young schoolgirl who appeared on The Voice Kids UK television talent show last Saturday week, and is going forward to the battle rounds.

Ruby Maher (11), a pupil at St Conleth’s and Mary’s, Newbridge, has been singing ever since she could talk. She also plays the piano. On Saturday, August 1, Newbridge residents were glued to the television screens, at her first audition.

Ruby said: “Being on The Voice was really fun but nerve-wrecking at the same time. I am so excited.”

Her parents, Dave and Viv, along with her sisters Stacy (18) and Robyn (16) are very proud of her. Ruby is part of a very musical family, who are no strangers to fame. Her father is part of the Dave Maher band and was formerly in the band Dave and The Rockets. She has appeared on TG4’s musical family contest performing with her father and sisters in Réalta agus Gaolta. Some 42 years ago, Dave Maher appeared with his siblings and father on Opportunity Knocks.

Last Saturday, the extended family came down from Dublin, to show support to Ruby. She was chosen by judges Will.I.am., Paloma Faith, Pixie Lott and Danny Jones, to go on to next week.

Ruby’s mother Viv said: “It brought it all back. We had all our families, cousins, Nana, the place was just magic. The whole house just went crazy. It was brilliant.”

Her proud father, Dave said: “When I was Ruby’s age, I was singing with my daddy, my big brother, my sister, and I was the lead singer, like Ruby, and here we are these many years later. She marched out there and gave it her all.”

He said: “I find that music is a wonderful way for your child to deal with the world, it helps children with maths, reading, and even talking to someone. It gives your child great confidence.”

Ruby is currently attending a Stage Academy Summer Camp for drama, singing and dancing at Ryston Hall. She will be on Virgin Media 1 again next Saturday.

On last Saturday, viewers watched as young Ruby captivated the audience with her dancing and singing.

Brenda Malone-Gilroy of Stage Academy, Newbridge said: “It does not suprise me that she has come this far.”