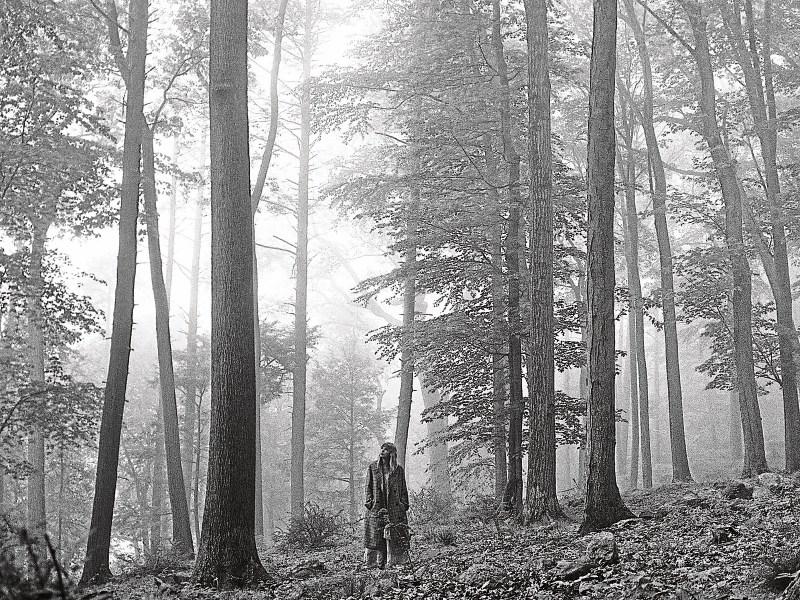 The timing of Taylor Swift’s eighth studio album is not the only thing surprising about it.

Her latest release Folklore, which was recorded in isolation, marks a change of direction for the pop superstar.

The album sees Swift move away from the catchy, upbeat style which has seen her pack out stadiums and land headline slots at music festivals in recent years.

Uncharacteristically for Swift, the album was released with little fanfare.

The low-key approach to its promotion is also reflected in the music.

Folklore is a much more stripped-back album than some of her recent releases and sees Swift combine more contemplative tunes with lyrics designed to tell stories rather than get people dancing.

Exile, which was recorded with Bon Iver, is a highlight, while the dreamy Mirrorball is also sure to delight her fans.

Much of the album was co-written and produced with The National’s Aaron Dessner, and his influence is apparent.

The album has a reflective tone which suits the quarantine conditions it was produced in.

The latest chapter in Swift’s pop evolution sees her successfully adapt to fit the mood of the moment.

Strikingly unapologetic about their identity and relentless in their projections as a side-lined generation, these themes remain heavily resonant in their highly-anticipated follow up, A Hero’s Death.

To some, it may sound a little more polished than its predecessor, but the four-piece have maintained such a high level of artistry within their lyrics – Grian Chatten, the group’s vocalist, has previously spoken of the band’s common admiration for Irish working class poetry and using this medium, amongst a million musical influences, to sew together masterpiece after masterpiece.

It’s a very clever album, paying homage to the monotony of the daily grind while giving us glimpses into the untold tales of success that doesn’t include how rated you are in terms of wealth and social status.

Standout tracks include the album opener I Don’t Belong, A Hero’s Death, Televised Mind and the end song, No.

ALANIS MORISSETTE – SUCH PRETTY FORKS IN THE ROAD

Morissette’s ninth studio album Such Pretty Forks In The Road sees the Canadian-American singer-songwriter keeping one hand in her pocket.

The opening number, Smiling, was specially written for Morissette’s jukebox musical Jagged Little Pill, and deals with the facade we put on for others.

It’s typical of the rest of the album in that listener walks a tightrope, never knowing whether the tone will veer towards self-deprecating vulnerability or scornful indifference.

There’s also a musical theatre feeling to Missing The Miracle, which traces the moment where a couple with differing perspectives (“you see a figure skater/I fear the ice is thin”) see eye to eye.

Nemesis, on the other hand, sees Morissette make a foray into Eurovision territory, with a soaring chorus harking back to her dance roots (tellingly, one collaborator from those pre-global fame days, Michael Kevin Farrell, has a writing credit on each of these songs).

Sometimes Morissette’s confessional style leads her to some hard-to-stomach choices, such as the pitchy yodelling on Her.

Though perhaps we should be thankful: at least it’s not autotuned!

Pretty Forks as a record is not completely downbeat, but when the refrain of Sandbox Love hits, you feel a spark of exuberance missing from the rest of the album.

As in the lead single Reasons I Drink, it comes on all familiar in the first few bars, propelled by a great piano hook, but then we settle into a chorus that is disappointingly anonymous, typical of an album that never quite risks soaring to the heights of Ironic or You Oughta Know.

Southampton’s Creeper were never a straightforward punk band, but the five-piece have left the genre a long way behind on their second album.

Influences include Roy Orbison’s widescreen romance, and 1970s glam rock – singer Will Gould announced the end of Creeper at the final gig touring their debut album, using the words David Bowie killed off Ziggy Stardust in 1973.

Fittingly for a band that has risen from the dead, Creeper have turned the goth up to 11, starting with rain and thunder effects and Patricia Morrison, ex-Sisters of Mercy and The Damned, intoning “for the devil almighty reigns” on the 46-second spoken word Hallelujah!

Then it’s into the infectious Be My End, referencing vampires and with a huge singalong chorus, setting the tone for an ambitious, theatrical album.

Cyanide has an epic rock sound, with Gould singing “she’s Christina Applegate, hopelessly beautiful in 1988”, Thorns Of Love, with a 50s feel, references the deaths of John Lennon and Ian Curtis in 1980 and the affecting piano ballad All My Friends closes the album.

Despite the ominous themes and song titles, Creeper don’t take themselves too seriously, and are not afraid to throw in the kitchen sink in their search for maximum impact.

They tour again in March but Sex, Death & The Infinite Void sounds tailor-made for festivals and stadiums, which with any justice they’ll be playing next summer.

A concept album based on the Universal Declaration of Human Rights might sound like a lofty project, but this sort of thing is Max Richter’s bread and butter.

Following on from his recent record Sleep – an eight-hour lullaby based on the science of shut-eye – the prolific British composer hasn’t lowered his sights.

Voices begins with a star cameo from the late Eleanor Roosevelt, who reads the declaration in a scratchy recording accompanied by stirring choral music.

The baton is then passed to US actress Kiki Layne, best known for her starring role in If Beale Street Could Talk.

Across 25 tracks encompassing piano, choir and orchestra, as well as a range of international influences, Richter presents an at times moving, at other times pointed reflection on a pivotal document that, at more than 70 years of age, simultaneously feels like part of our immediate history and our distant past.

Indeed, while the record has been in the works for some time, the timing of its release could, sadly, not be more apt.