Fitness: Persistence will win out in the end, in running and in the fight against Covid-19 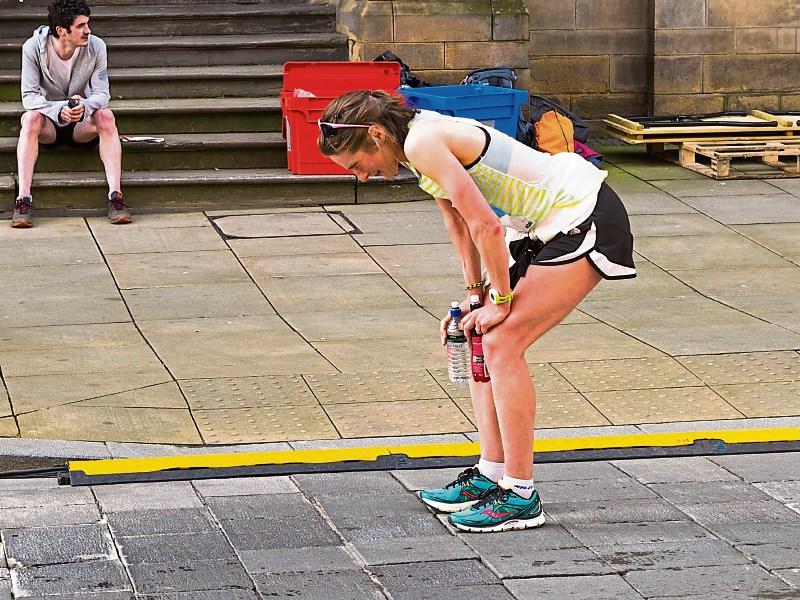 Getting started is always the hardest part. I’m dressed and ready to go but I’m not arsed, I’m just not bothered.

During lockdown, running became a focus, a distraction from the monotony of the day and the madness of the house — but since the return of restrictions last Friday, the will to run, work, exercise or do anything has, for many people, drained away.

Having barely survived the homeschooling and the Covid-19 clichés, having become accustomed to the queuing for absolutely everything and the mandatary wearing of facemasks, there was a sense that we were making progress.

The numbers were dropping and the curve was flattened. We were reunited with friends and family, we could get back to coffee shops and restaurants and we headed on our staycations in hope.

But now, as four hundred thousand people in Kildare and the midlands face into the uncertainty of two further weeks of lockdown, there’s a feeling of deja-vu.

Facing into health concerns, financial uncertainty for some and social isolation for others, we wonder if we have to start all over again — and when will we overcome this virus?

Every article I write starts with an incriminatingly bad first draft, and some might say it improves little.

It’s tweaked and jostled into making some sort of sense, but often the first few words are the hardest to find.

Just like in running, the hardest thing to do is make yourself start. Getting out the door is the biggest battle. Once you are out the door, the next 10 minutes are spent thinking of reasons to stop and turn back, and to give up. It’s a psychological battle.

Wondering why you bothered to take up running in the first place, you should never expect anything good from the first mile. It can be slow, awful or painful... maybe even all three.

The main reason the first mile is so ponderous is because the body doesn’t have enough oxygen in it to keep up with the demands being placed on it. As a result, breathing is harder and it’s difficult to maintain the pace.

At the start of any run the body temperature is low, causing muscles to feel stiff and lung function to be poor. No matter how long one trains or how fit one gets, the first mile of any run is often still the hardest.

That first mile is a liar, and it should never be trusted, because it just wants you to stop. It will plant seeds of doubt and fear.

But as the body warms up and the breathing settles the miles and minutes start to flow by. The first mile, just like the first draft of any article, is only the starting point. At this stage the ultimate destination and endpoint seems distant and maybe even unachievable, but with effort, stubbornness and resilience, with draft after draft and mile after mile, the finish line eventually appears.

Pop culture has adopted the Nelson Mandela quote “I never lose, I win or I learn”.

We are currently struggling to control outbreaks of coronavirus in the midlands and our initial attempts to contain it appear to be failing.

An awful first draft at least gets everything down on the page; different thoughts and ideas, finding out what works and more importantly what doesn’t.

Just like the first mile of a run expels the self-doubts, it’s our persistence after that that keeps us going. The limitations of lockdown in Kildare are back and it is the reaction to these measures that will decide how successful they are and define the nature of our lives in the next few months.

We are back at the start.