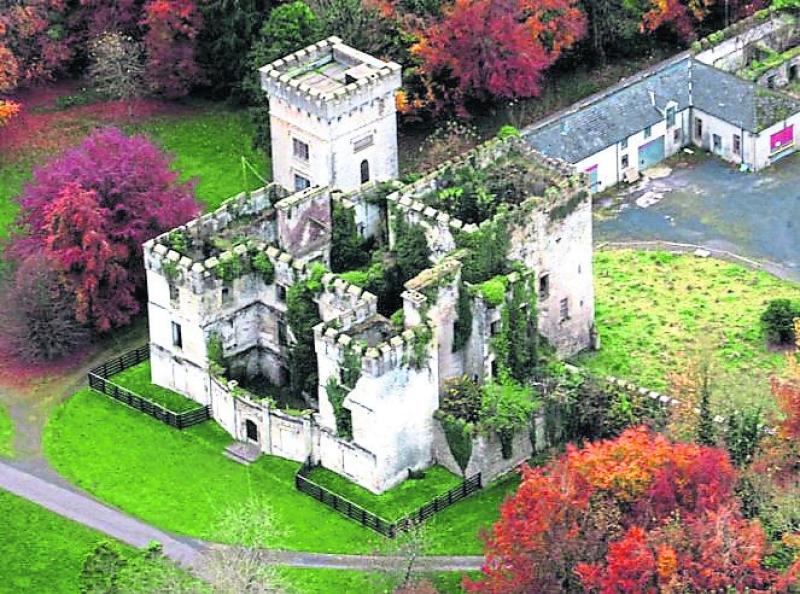 Tenders are currently being sought from consultants for the works but Coillte said it is too early to confirm a budget for the project.

The tower, which is nearly 200 years old, is a popular location for ‘selfies’ for the thousands of visitors who pass through the Forest Park every year.

She added: “However, it is too early to confirm our preferred approach at this time, once we have confirmed details we will be sharing our plans with the community for wider consultation.”

Donadea Forest Park is a designated National Heritage Area situated north west of Naas. It has been in state ownership since 1935 and a forest park since 1981.

The ruined Donadea Castle dates from the 16th century and the free-standing Castle Tower to the south west of the castle — formerly connected internally — was added in the 1830s.

The Tower has at least three floors and is approximately 16m high at roof level.

According to tender documents, the lead roof covering was recently removed and the roof construction and interiors below are now exposed to the elements.

The rooms at first and second floor level have decorative timber and plasterwork features. The aim of the works is to repair the roof and access to this from below.

Donadea Castle and estate was the old home of the Aylmer family up until 1935 when the last member of the family died. There are many historical features in Donadea Forest Park including St Peter’s Church, an ice house and a boat house.