WATCH: History of the Curragh Internment Camps on film 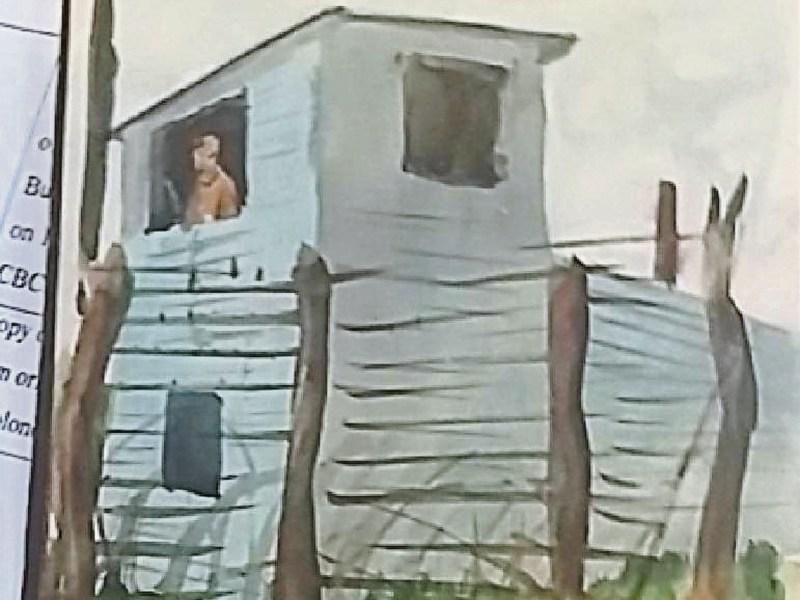 Interned: The Curragh Internment Camps in the War of Independence, was filmed in the Riverbank Arts Centre, Newbridge, on July 21 last. It features historian and author, James Durney in conversation with Mario Corrigan, both of the Kildare County Library service.

The story of the internments camps is one of audacious escapes, great football matches and harsh living conditions. Both the Rath Camp and Hare Park Camp on the Curragh housed republicans from all over Ireland, including many famous personalities like Frank Burke, Rory O’Connor and Desmond Fitzgerald.

Todd Andrews was another famous internee in the Rath Camp in May 1921. He said that ‘life in the camp was, in a physical sense, far from unpleasant. Indeed for the first few weeks I found it agreeably exciting meeting new people including some national personalities, exploring the library which was surprisingly good, playing football, learning the procedure for receipt of letters and parcels and examining the canteen’.

The film has been produced as part of the fourth annual Irish Military Seminar which was not able to take place this year as normal due to the pandemic. The production is part of the Co Kildare Decade of Commemorations 2020 programme in partnership with JuneFest, Newbridge, and was supported by the Department of Culture, Heritage and the Gaeltacht and Kildare County Council.

The second short film features the song The Ferrets of Kildare along with images from the internment camps, including photographs and drawings taken from some of the autograph books produced by the internees. The song was first performed by Darren Brereton at the launch of the book, Interned — The Curragh Internment Camps in the War of Independence, by James Durney at the Curragh Military Museum in July 2019.

James had rediscovered the song whilst researching his book. Over fifty republican prisoners tunnelled their way to freedom from the Rath Camp on September 9, 1921, and despite extensive searches by the British Army and the Black and Tans, none were ever recaptured.

‘The Ferrets of Kildare’, written anonymously in 1921 to celebrate the escape, is sung to the air of ‘The Boys of Wexford’.

The Ferrets of Kildare is included on the Songs from the Short Grass album, produced by the County Kildare Federation of Local History Groups with the support of Kildare County Council Decade of Commemorations Committee and Creative Ireland: Kildare in 2019. This unique album was put together by a group of talented musicians under the direction of Darren Brereton who was responsible for the songs’ arrangement, as well as vocals, guitar and mandolin; Tommy Keane, uilleann pipes; Mick Lambe, bodhrán; Glenda McCormack, whistles; percussion, Darren Brereton and Mario Corrigan.

The album can be purchased from the County Kildare Federation of Local History Groups online at www.kildarelocalhistory.ie and www.darrenbrereton. bandcamp.com.